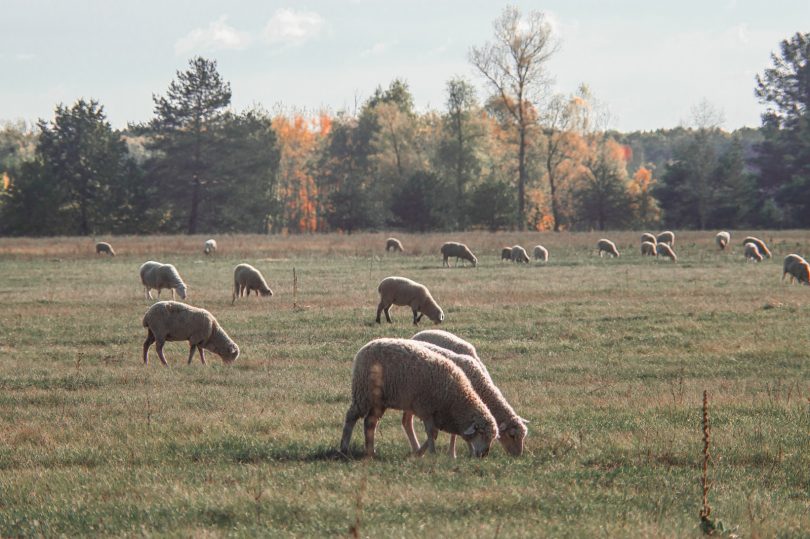 Waiting 15 years to open the UK market to Australia’s unsubsidised beef farmers is not how you Get Brexit Done. If UK farmers were efficient, they may have a case for opposing this trade deal – although if they were efficient, they wouldn’t need one. The problem is not that Australia’s unsubsidized farmers are too good, it is that most UK beef and lamb farms are too small. But it is this squeaky wheel that looks like, yet again, it will get the oil. Leaving the British populous to continue overpaying for their red meat, while also picking up the bills of the Britain’s most inefficient farming sector.

Fifteen years is three lifetimes for a government. Few last for fifteen years and the present one has been effectively in charge for eleven. The discounted value of receiving a pay-out in 15 years’ time is low – but a postponed trade deal would have no benefits for this Government. The sooner trade with more efficient producers moves to zero tariffs and quotas, the sooner the Brexit trade dividends will arrive benefiting the whole economy. Perpetuating tariff protections may help about 50,000 already heavily subsidised farmers, but only at the expense of the rest of the population.

The NFU has written an open letter demanding that a statutory Trade and Agriculture Commission scrutinise the Australian trade deal and assess its impact on domestic farmers. But trade deals should be accessed for their benefit to the whole economy, not just on one failing section of one industry. Who is scrutinising the trade deal on behalf of the Britain’s 67 million consumers?

Where was the NFU outcry about the tariff and quota free trade deal with the EU? EU farmers are in direct competition with UK farmers. They produce the same crops, in the same season, with the same weather and sell into the same markets.

Australian farmers offer no such threat. Australian farmers have specialised in the sectors where they have a comparative advantage – most notably sheep and cattle grazing. But for UK agriculture, grazing is the problem child. While dairy farms, poultry farms, general cropping farms, pig farms, cereals farms and horticulture are all profitable; on average grazing is not. But grazing is the only sector that the NFU seems interested in protecting.

In an unexpected display of honesty, the NFU’s letter states that a tariff free deal with Australia will jeopardise ‘many, many beef and sheep farms’ whether tariffs are dropped immediately or in fifteen years’ time. In which case, we should drop them immediately – the economy will gain from less expensive food and manufacturing inputs.  Why would we postpone this gain when the vast majority of the UK’s beef and sheep farms are already zombie businesses, propped up by government subsidies.

Almost 80% of England’s Lowland grazing farms and over 60% of Less Favour Area (LFA) grazing farms made a loss in 2019/20 on their agricultural income. This wasn’t a particularly bad year – these farms have made a loss on agriculture every single year in the last seven. Below is a chart showing the average agricultural income, by farm type, for England taken from Table 2, in the last seven Defra reports. There is a link to each report on the date if you find this hard to believe – as I did. Any other type of business with this financial record would have been closed down years ago.

There are many reasons why grazing is unviable in the UK, and they has nothing to do with trade. Grazing benefits enormously from economies of scale but very few UK farms are large enough to benefit from such economies. The average size of a beef cattle herd in England is only 27 animals. Only 27!  Whether the NFU wants to admit it or not – the average grazing farm is too small to succeed.

Incredibly, a farmer only needs to have 10 cows or 20 sheep to be considered a commercial holding by DEFRA, even though such a small number of animals is not financially viable. But it does allow the farm owner to qualify for government subsidies and tax breaks. Merely increasing this limit to at least 100 cows or 200 sheep would help to sort out those that run their farms as businesses and those that are merely enjoying a subsidized rural lifestyle. 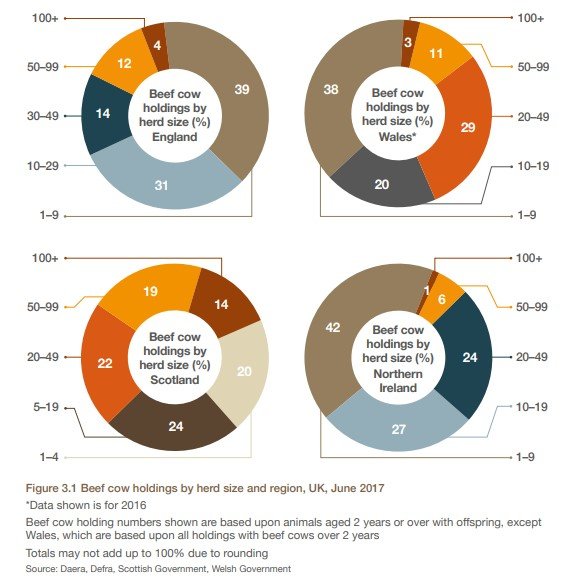 This industry does not need protection, it needs consolidation by real farmers. The chart above, taken from to the AHDB Yearbook 2019, shows that only 4% of English beef farms had more than 100 beef cows. These are probably the same 4% of Lowland grazing farms that made over £50,000 in agricultural income in 2019/20 – the top bracket. 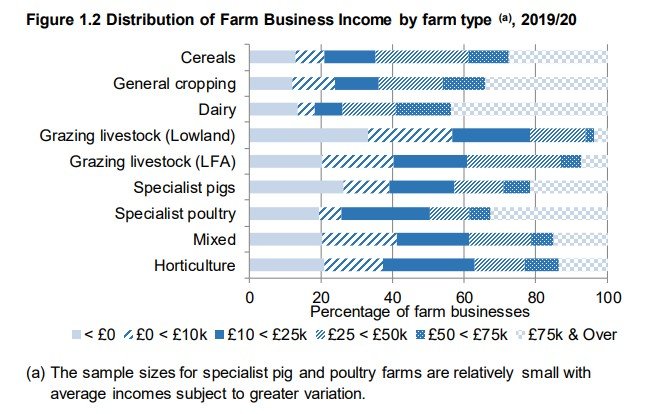 To become profitable businesses, UK graziers must either buy the neighbouring farms to expand or move out of grazing. Unfortunately, real farmers have to compete for farmland with lifestyle farmers and inheritance tax avoiders who have pushed up land prices.

The NFU should be working with financial institutions to create a loan package so that farmers can expand their farms. Instead, they are seeking more protection for uneconomic farmers by pushing the usual myths about farmers being the ‘protectors of the countryside’. The consolidation of grazing farms into commercially sized units will not destroy the countryside. Larger grazing farms also have grassy fields – just a lot more of them.

The NFU is confusing the argument.

The NFU has tried to confuse the argument about an Australian trade deal by talking about chicken and pigs, rather than cattle and sheep. The NFU never mentions that Australia is a net importer of pork and mainly exports chicken to Papua New Guinea.

Potentially, UK farmers could be exporting pork to Australia, however even in this profitable agricultural sector, UK farmers do not produce enough to meet domestic demand. While the UK’s so called ‘world class standards’ don’t meet Australia’s SPS pork standards. Australia has always been proactive at keeping out agricultural diseases because agriculture is a major business in Australia not a government subsidised lifestyle. Australia has also banned sow stalls so UK pork will meet Australian animal welfare standards if it passes their health regulations.

The NFU’s letter absurdly claims that a trade deal with Australia will prevent the Government’s levelling up agenda. But protecting subsidised farmers in Oxfordshire, Wiltshire or Surrey is not how you level up the country. Importing goods that can be produced more efficiently elsewhere and exporting efficiently made UK goods – often made in the Midlands or the North – would help to level up the country. Before the UK joined the EEC this is how UK trade worked.

The NFU’s letter claims that it is vital that we have a thriving food production industry. But how can an industry be called thriving if it relies on government subsidies to survive? Besides, Australia mainly exports raw agricultural products – higher value food production will still happen in the UK and by importing less expensive ingredients, UK food manufactures could enjoy higher profit margins or offer lower prices to their customers.

UK grazing farmers do not have a right to exist if they are routinely unprofitable – no business does. If UK farmers want to survive, they should be looking to increase their own productivity or change their production to one where they can make a profit. If UK farmers want to export, then they must produce competitive products that international consumers want to buy.

But, instead of proposing consolidation loans for real farmers to expand their farms, the NFU is demanding a 15-year postponement of free trade with an efficient beef producer – Australia. Why? Because this is how a registered Remain supporting group, pushes any dividend from Brexit so far out into the future that it is of no value to the Government, nor to the UK population. The same population that gave the Government an 80-seat majority in 2019 to Get Brexit Done.

The Government must call out the NFU’s propaganda for what it is. There is no point in more protection for what must surely be the worst performing industry sector in the UK. Instead, the Government should be signing tariff free trade deals with more efficient producers, like Australia, that will benefit the whole economy.