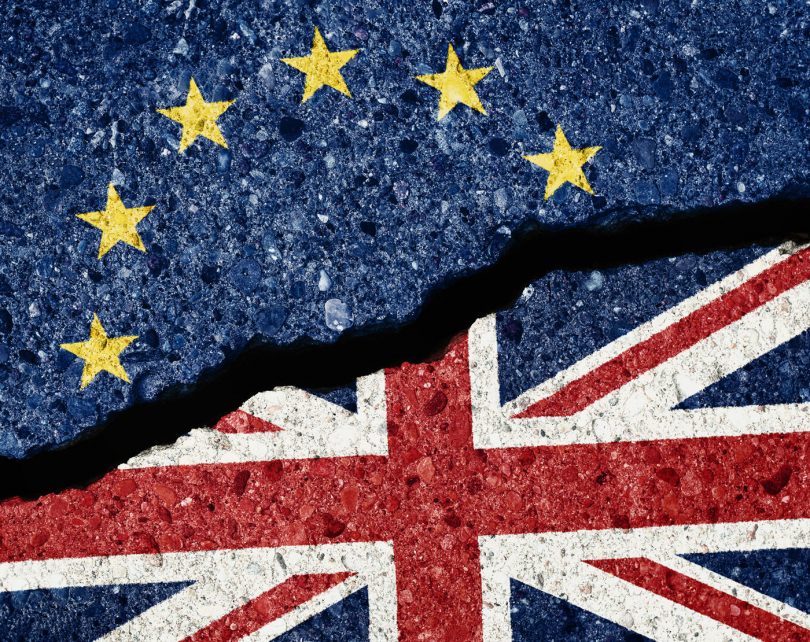 Remainers argue that the UK will struggle to secure new trade deals in the face of rising global protectionism and that it should hold fast to the EU. This is overly pessimistic and wrong-headed.

Post-Brexit the UK can lead a global move to free trade. A UK/US FTA will markedly reduce UK consumer prices and business costs, and incentivise the EU to negotiate a trade deal with the UK free of legal subjugation and annual payments. A clear Free Trade strategy from a newly elected majority government will be needed to achieve this.

A Remain supporting friend of mine tackled me recently, saying that Brexit is happening at the worst possible time “because the world is turning protectionist”. Amidst escalating trade wars, he opined, we won’t be able to secure any trade deals with non-EU countries – why not stick with the trade deal we have with the EU? As with most Remain arguments, this one is both suffused with pessimism and has the position exactly the wrong way round.

He is correct that there is a protectionist trend, exemplified by Trump’s trade war with China. This means the global economy needs a major country to lead a move to free trade. That country clearly can’t be the US, nor a mercantilist China in retaliatory mode. It cannot be the EU, protectionist in its very essence, prioritising punishing the UK above securing EU-UK free trade post-Brexit.

A post Brexit Britain, however, IS ideally placed to take such a lead. Once free of the suffocating embrace of the single market and customs union the UK will be able to secure new free trade agreements across the globe. The UK is the fifth largest economy in the world, a market big enough to matter but not so large as to seem a threat. The UK has been a free trade leader for centuries, is a world leader in “soft power”, and has an economy and society that is already globally interconnected to a high degree. Global economic policy makers – with the example of the Great Depression in mind – are acutely aware of the dangers that escalating trade wars pose to the world economy (apart from the US President, it seems). A renewed free trade drive by the UK will be welcomed as a much needed catalyst. Post-Brexit the UK will take its own seat at the WTO, a body that has lost influence recently under pressure from the US, and help restore impetus to the WTO’s free trade mission.

Many countries have expressed strong interest in negotiating trade deals with the UK, including the USA, China, Japan, India, Canada, Australia, New Zealand, and a number of S. American countries. The Pacific trading bloc TPPII (Trans Pacific Partnership II) – comprising Japan, Malaysia, Singapore, Mexico, Canada, Australia, and NZ amongst others – has already held discussions with the UK about joining. The DIT (Department for International Trade) has already rolled over 63% (by value) of existing EU trade agreements, with Switzerland and S. Korea agreeing to negotiate future add-ons. Far from struggling to attract interest, the key problem will be prioritisation. The DIT has made good progress in building from scratch but we still have a shortage of experienced trade negotiators. Where to start?

Why an FTA with the USA must be the first priority

The US is already the UK’s biggest trading partner after the EU, and there is strong political support in the US for an FTA with the UK, which pre-dates the current Administration but which has given it new momentum. There can be no illusions that the US will drive anything other than a hard bargain. Boris Johnson’s description of “a tough old haggle” shows that the government is prepared for that. Even so, no matter how tough the FTA bargaining may be with non-EU countries, there will be no question of the UK agreeing to legal subordination, nor making large annual payments, nor allowing free movement of citizens. These are the onerous conditions of our current “free trade” arrangement with the EU – the one that is claimed to be so advantageous.

Moreover, the potential prize on offer from an FTA with the US is enormous.  Bear in mind that the UK currently runs a surplus in traded goods with the US – about £12bn in 2018 – but has a very large goods deficit with the EU – about £99bn. UK exporters would benefit from improved access to the huge US market (33% larger than the EU and growing faster). More importantly, huge competitive pressure would be placed on the EU by the massive and highly efficient supply capacity of the US economy being given barrier free (tariff and non- tariff) access to the UK market. The current scale of EU tariff and non-tariff protection is about 20% – protection which we are currently obliged to impose by the EU. Once this is removed via an FTA with the US there will be an equivalent drop of around 20% in UK domestic prices of most tradeable goods.

The EU will either have to match those lower prices or see a massive loss of business to the US. Either way, UK consumers and businesses will benefit from a large fall in prices and costs. The EU in turn will have a much greater incentive to pursue an FTA with the UK, in order to claw back trade lost to the US. In contrast, if we pursue an FTA with the EU first we will not have the leverage that a deal with the US will give us. Even worse, if we negotiate a trade deal with the EU while bound by the terms of the current Political Declaration we would also remain within the EU’s legal and regulatory ambit.

A Comprehensive Free Trade Strategy will be needed Post-Brexit

The same competitive pressures that will reduce UK costs and prices in any FTA with the USA (or any other non-EU country) will also put pressure on any UK businesses or sectors reliant on tariffs or other protection. Herein is the political challenge inherent in any determined drive for free trade. Although there will be many more winners than losers in this process, the winners are diffused across the whole economy but the losers are concentrated, are often well connected politically, and will make a great deal of noise about their plight. It requires a great deal of political will, and a well thought out strategy, to pursue the free trade option. Vulnerable sectors must be given time and resources to adjust, but cannot remain dependent on subsidy indefinitely.

Does the current government have that will and strategy? The early signs are good. The key figures – the PM, Chancellor, DTI Secretary, Business Secretary, and Foreign Secretary – are all noted believers in free trade. Even the May government’s “no deal” tariff strategy was free trade oriented, with 87% of imports to be tariff free compared to 67% currently. There is still significant but reduced protection for the most vulnerable industries, mainly car makers and farming. The abolished tariffs are scheduled to be re-imposed after a year, in order to retain the incentive for other countries to pursue FTA’s with the UK. As far as we know the current government intends to implement this same tariff strategy following a no deal Brexit.

However, the government will have to go much further than this, and make the politically difficult case for free trade. It will have to be prepared to tackle head on the chorus of opposition. They will be accused of “putting the NHS up for sale”, and must demonstrate that the NHS will benefit by being given the option to buy cheaper and/or better medical supplies, equipment and services from US companies. Contrary to common public perception US food standards are actually very high – the incidence of death and illness from eating dodgy chicken is lower in the US than in the EU!  Any possible job losses will be headline news, while job gains, price reductions, and lower costs will receive much less publicity. The fight for greater free trade will be a long slog.

Much as Parliament has a Remain majority it also heavily susceptible to protectionist arguments. There is no way that the current government with its tiny majority can pursue a vigorous free trade strategy, nor take advantage of the many other opportunities of Brexit. Any last minute deal with the EU that was merely a tweaked version of Mrs May’s agreement would also preclude such hopes. The free trade leadership role for the UK sketched here therefore requires that the UK leaves the EU without a deal on Oct 31st, and that the current government subsequently wins a general election with a workable majority. This seems a likely scenario to me but the reader may disagree!

I conclude with a quote from a recent letter to the Spectator by arguably the UK’s most able post-War Chancellor, emphasising the need for policy to take the long view:

“Leaving the EU without a trade deal will cause some short-term disruption, but the essence of good government is to do what is best for the medium and long term, whatever the short term difficulties. And although the main purpose of Brexit is political – i.e. self-government – the economic consequences will be hugely positive….It should be clear to the meanest intelligence that if there were any economic case for EU membership, the EU (an overtly political project) would not be the world’s economic basket-case, which it is.”