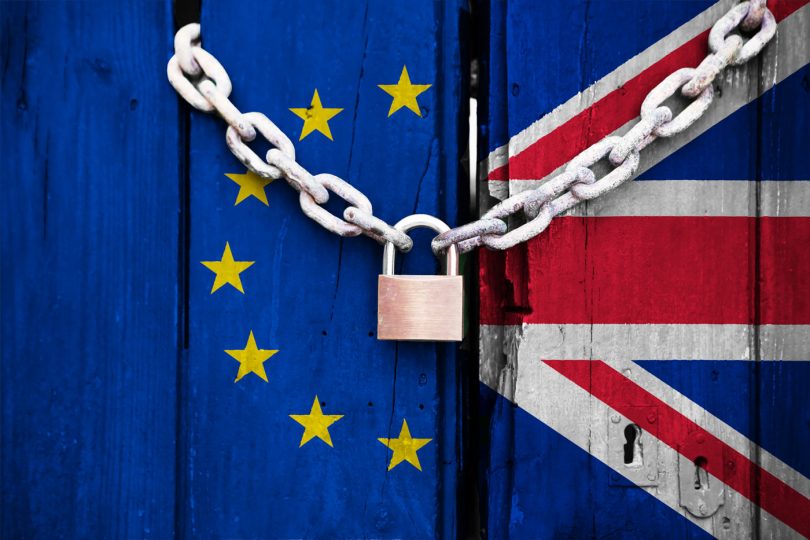 Ed Robertson argues that MPs and members of the British establishment have colluded with Brussels to keep us in the EU.

Britain has faced and overcome many European threats throughout its long history, but the crisis it faces today is unprecedented and of a different nature to any previous one Unlike military conflicts in the past where the enemy was clearly identified, this time we are facing a clever and powerful pan-European adversary, aided and abetted by collaborators within our own Parliament. It is a political war of stealth, conspiracy and propaganda, which by its very nature is much more difficult to overcome. The tactics may be different but the aim remains similar, to force Britain into submission, under the influence of a foreign power against the will of the majority of the British people. Britain is currently under attack in a new type of political war which we are currently in danger of losing.

The foreign threat
The UK joined the EU in 1973 for economic reasons. However, at that time the EU was a very different animal to what it is now. Initially a trading organisation, it has morphed into a powerful political beast which currently dominates Europe. Bad though it is right now, the EU of the future poses even more of a threat to the UK. Many EU federalists share an ultimate aim of a Federal European State where current and future EU countries will become subservient federalised states under a Central European Government, with complete control over such important issues as law-making, foreign policy, trade, finance, defence and security. Some Europhiles may view this as a European version of Utopia, but 17.4 million UK voters wanted no part of this and opted to leave the EU in the 2016 EU Referendum. Our Parliament ratified the referendum result and, by invoking Article 50, officially gave the EU two years notice of our departure. Since then however, the EU has done everything within its power to keep Britain under its influence indefinitely … even after we leave. By the arrogant and demeaning nature of EU leaders towards our negotiators, it is obvious that the EU can no longer be viewed as a friend, but should be recognised for what it actually is, the proverbial “wolf in sheep’s clothing”, which poses an extremely serious and dangerous threat to the future sovereignty and prosperity of this country. An undemocratic foreign power with self-appointed leaders who are determined to publicly humiliate the UK, both financially and economically, in order to act as a deterrent to other EU member states from following our lead.

The conspiracy at home
Though the foreign threat from the EU is considerable it is compounded by an even more sinister and dangerous threat festering and gaining momentum within our own Parliament. Here we have a powerful group of Remainer MPs from all parties determined to use any means available to them, including collaboration with the EU and changing the laws of the land, in order to prevent Britain from leaving. This political Alliance also includes opposition party leaders who view Brexit as an opportunity to gain more political power, even if it leads to the break-up of the UK.

Collaboration with the EU is blatantly obvious. For example, Jeremy Corbyn and Nicola Sturgeon have openly met with EU leaders, without Government approval, to discuss Brexit and their own political agendas. Corbyn wants a deal which keeps us in the Customs Union and Sturgeon wants assurances that an independent Scotland could join the EU. Both inconsistent with UK Government policy. Who knows what sensitive information is being shared with the EU at these unauthorised meetings, no doubt involving ways of disrupting Brexit or even stopping it altogether? Perhaps collaboration is too mild a term to use here as in 1939-1945 attending such meetings with German leaders would likely have been viewed as acts of treason.

Alliance members view themselves as intellectually superior to the British electorate and as such feel they are entitled to overrule the result of our democratic EU Referendum. Misinformation is being fed to the British public in the form of propaganda through a news media network that is heavily biased towards remain. The Alliance claims that their only intention is to eliminate the no deal Brexit option but, by removing this, they have effectively neutralised the UK’s bargaining power which makes the possibility of a future deal very unlikely. This of course matters not to these people because they likely have no intention of supporting any deal which allows Britain to leave. They demand a second EU Referendum, which is totally pointless, as it is now obvious that Parliament would only ratify a vote to remain.

At this stage it seems only a General Election will allow our Government to take us out of the EU with or without a deal but, in the ultimate insult to British democracy, the Alliance has blocked this from happening. The ballot box has preserved democracy and prevented civil unrest in this country for hundreds of years whilst ensuring that MPs are ultimately answerable to the people. To stop the people from exercising this democratic right is nothing short of political treachery. Their fear of course is that Boris Johnson would get his majority to leave the EU as planned and that many Alliance members would likely lose their parliamentary seats in the process. So, their plan is to delay any election until after Boris can be publicly discredited by missing his promised departure deadline or, even better, to have him removed as PM and Leader of the Conservatives before the next election is called. Another clear example of MPs defying democracy for personal or political gain.

Recently Jo Swinson has stated that, if the Liberal Democrats came to power in a General Election, they would revoke Article 50 to cancel Brexit once and for all. She may well call herself a “Liberal” but this shows she is certainly no “Democrat”.

Those of us who believe in British democracy and all the values that Britain holds dear must now stand up and be counted at this critical time in our history. Thousands of British and Allied troops gave their lives defending these very same values in two world wars. Thankfully the solution to this latest European threat requires no such sacrifice. We simply must make a clean break with the EU under Article 50 and call an early General Election, but both are being denied to us by a group of MPs in Parliament openly defying the will of the people and collaborating with the EU to prevent Brexit from taking place. As such they could well be considered enemies of the state and must be removed before the British people can take back control of Parliament and achieve the Brexit that we all voted for.