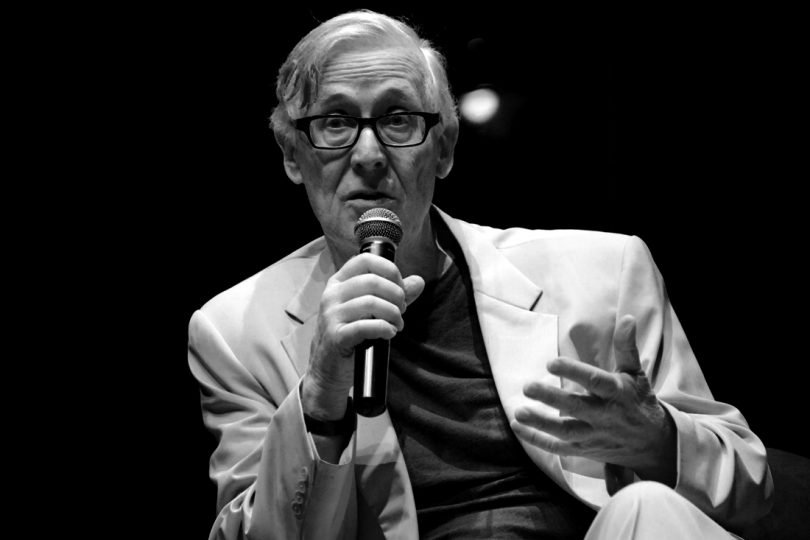 The prominent Left-wing intellectual Perry Anderson has just published a comprehensive and crushing indictment of the EU from its beginnings to the present. Robert Tombs provides a summary for those who might balk at reading the whole 50,000 words.

Perry Anderson’s evisceration of the European Union’s past and present in three long articles in the London Review of Books is remarkable in at least three ways.  First, for its lucidity and intellectual richness: my summary can in no way substitute for reading the whole, which I strongly recommend.  If many of its arguments are broadly familiar to critics of the EU, they have rarely been so cogently expressed, or with such controlled anger and command of detail.  Second, because it comes from a leading Left-wing intellectual—though this will be no surprise to Left-inclined Leavers or to those who have followed some of Anderson’s earlier writings.  Third, because it appears in a journal whose overwhelming majority of readers must be archetypal metropolitan Remainers: so all credit to the LRB’s editors.  I look forward with anticipation to a flurry of Letters to the Editor attempting to reply to Anderson’s indictment.  But so far, not one.

The first article, ‘The European coup’ (17 December) is an extended discussion of the political history of European ‘integration’ (apparently an American term), focusing on a book by a Dutch philosopher-historian, Luuk van Middelaar, The Passage to Europe: How a Continent Became a Union (Yale, 2013).  The significance of this book is that it has been widely praised as the most intellectually penetrating and stimulating of the many (often deadly dull) histories of European integration.  Donald Tusk hailed it as ‘the most insightful book on European politics today’.  Sir Ivan Rogers described it as ‘brilliant’.  Its triumphalist vindication of the European project won its author plaudits and prestigious appointments as advisor to a succession of prominent EU politicians.

Anderson thus chooses to analyse the history of the EU, and its pre-history in the early 19th century Restoration, through the eyes of one of its most intelligent apologists.  But he turns Middelaar’s triumphant saga into a withering examination of the political means by which it was carried out.  Middelaar unashamedly presents the EU as created through a series of ‘coups’, through which powers were taken and changes made by short-circuiting or simply overriding legal and democratically sanctioned procedures in the name of political necessity—an idea, as Anderson shows, that draws on a strand of European political thought going back to Machiavelli.

One of the most crucial of these ‘coups’ was in Milan in 1985, when Bettino Craxi, as chairman of the European Council, ruled that an inter-governmental conference was not needed to change the Treaty of Rome, as this was merely a question of procedure, not of substance.  This for the first time overrode the opposition of a minority of member states, including Britain.  Middelaar hails it as a brilliant bluff, a ‘coup disguised as a procedural decision’.  What Middelaar typically ignores, but Anderson points out, is that Craxi was ‘the single most corrupt Italian politician of his time’, who had to flee into gilded exile in Tunisia to live off his ill-gotten gains.  Thanks to Craxi, ‘the gate was unbarred’ to a series of treaty changes decided by heads of government alone and which created the EU.  The article ends tellingly by quoting EU President Herman van Rumpuy (to whom Middelaar was a close advisor): ‘I believe the Union is over-democratised.’

The second article, ‘Ever Closer Union?’ (7 January) is a close examination of the history and functioning of the EU’s principal institutions: the Court, the Commission, the Council, the Parliament and the Central Bank.  The founding fathers of the Court, notes Anderson, included former Nazis, an Italian fascist, and a French collaborator: nearly all appointees were not lawyers but politicians, as they remain.  The Court has always been ‘the driving force of integration’ at the expense of the legal rights of nations and civil-society bodies such as trade unions.  It has brazenly ignored or distorted European treaties and laws, acting beyond its powers in more of Middelaar’s ‘coups’.  Most fundamental was its assertion that European law overrode national law—a theory first formulated by another former Nazi lawyer, Hans Peter Ipsen, but which had no basis in the European treaties.  Most significant of all, the Court is unique in the world in being entirely unaccountable to anyone.  Its decisions are secretive, final and effectively irreversible.  In short, powers ‘that no analogue in a democracy has ever possessed.’

Anderson subjects the other EU institutions to similar scrutiny.  Their common features are secretiveness, democratic unaccountability, and ‘consensus’—‘a façade of unanimity’ principally imposed by Germany and France.  The exception is the Parliament, but this ‘least consequential component of the Union’ merely provides ‘the appearance of a democratic assembly behind which oligarchic coteries are comfortably entrenched.’  The Central Bank, like the Court, is unique for being completely unaccountable to any outside authority, let alone any democratic institution, and so it is able to break the treaties which in theory empower it.

What has been created is a system of interlocking oligarchies on a pre-democratic pattern.  The horizontal relations between governments of ‘member-states’ (no longer independent sovereign states) are more important than the vertical relations between those governments and their citizens, to whom political decisions are presented as faits accomplis unconnected with, and sometimes clearly opposed to, popular mandates.

Who benefits?  Certain countries (principally Germany) and certain economic interests.  And of course, the oligarchy itself:

It is enough to make a roll-call of its leading ornaments. Christine Lagarde, current president of the European Central Bank: suspected of complicity in fraud and malversation of public funds … Ursula von der Leyen …: charged in 2015 with plagiarism on 43 per cent of the pages of her 1990 doctorate at Hannover Medical School … Jean-Claude Juncker … survived repeated exposure of his involvement in the tax avoidance and policies facilitating money-laundering for which his country is famous … [The] high representative for foreign affairs and security, the Spaniard Josep Borrell: forced to resign as president of the European University Institute in Florence for concealing the annual salary of €300,000 he had been receiving from a Spanish energy company …

But as Anderson demonstrates (and as Briefings for Britain has often stated) there is no evidence of economic benefit for the peoples of Europe as a whole, other than ‘low key facilities’ such as greater ease of travel and variety on supermarket shelves.

The final article, ‘The Breakaway’ (21 January), continues its examination of the political history of the EU focusing on Britain’s relationship with ‘the project’ from Macmillan to Johnson.  Few Brexiteers, I think, would disagree with his overall interpretation.  He discusses several prominent British commentators, both Remainers (noting the ‘weakness’ of their stance, attacking Leave but offering no vision of Britain in the EU, and averting their gaze from its defects), and Leavers.  Among the latter, he recognizes the ‘substance’ in the ideas of our friends Noel Malcolm, Richard Tuck and Chris Bickerton, who differ in their political starting points but agree on the legitimacy of Brexit.  Given his own political views, Anderson is a stern critic of the British system of government.  This makes the comparison he draws with the EU all the more compelling: ‘for all its woeful shortcomings … Westminster is vastly superior to this lacquered synarchy.’

He ends on a questioning note: will new global challenges somehow push the EU towards ‘adaptation’, or is its ‘current formula’ (which he defines as ‘dilute sovereignty without meaningful democracy, compulsory unanimity without participant equality, cult of free markets without care of free trade’) likely to last indefinitely?  Perhaps he has already given the answer, writing in his second article that Europe is stuck in a ‘trap’, unable to move forwards or backwards, and held together principally by ‘fear of the unknown.’