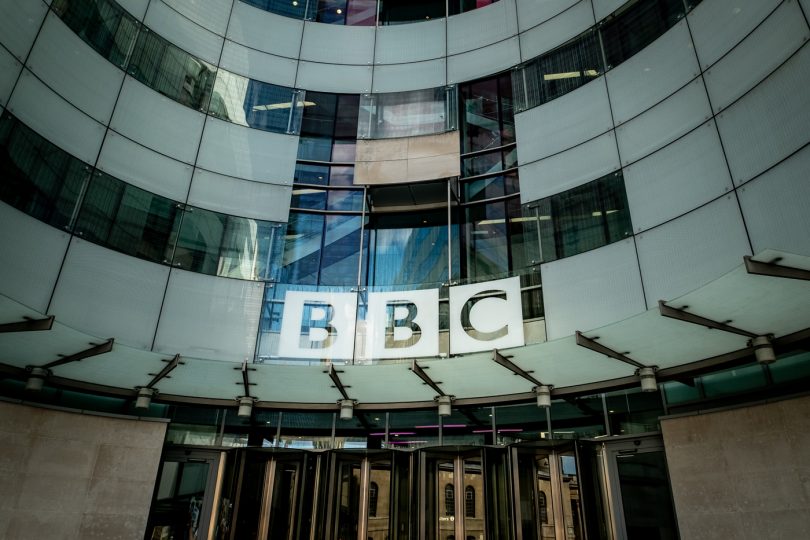 David Keighley, who has worked in broadcast news for four decades, and is managing director of the media monitoring organisation News-watch, is mounting judicial review proceedings against the BBC for their failure to be properly impartial. Here, he explains why.

The BBC, despite its blatant bias – especially in the Brexit domain – is pretty much impervious to complaints. It has made stonewalling a fine art.

It has a complaints system, but it is not independent, and its goal is the rejection of submissions rather than being a genuine conduit of audience concerns. It receives hundreds of thousands of complaints a year, but only a tiny fraction is upheld.

The new Charter, which came into effect in 2017, supposedly added independence to the complaints process, in that it stipulated that Ofcom – the telecoms and independent broadcasting sector regulator – would deal with appeals.

This, however, was never likely to make the Corporation more responsive because most of the Ofcom Content Board, which deals with complaints, is made up of figures who have worked for the BBC, and thus has the same starkly polarised attitudes towards issues such as Brexit http://news-watch.co.uk/ten-of-13-independent-ofcom-content-board-members-have-close-bbc-links/.

This was confirmed by Ofcom’s handling of their first major BBC-rooted complaint – a submission which in great detail tracked the composition of 25 BBC1 Question Time panels and found that 22 of them had more supporters of ‘Remain’ than ‘Leave’. The Content Board rejected the complaint by considering in detail only one of the programmes. The core ruling was that Damian Green, then work and pensions minister, had adequately put the Leave perspective http://news-watch.co.uk/ofcom-ruling-bbc1-question-times-alleged-pro-remain-bias/. Well, of course.

Against this background, taking on the BBC in the complaints framework is not for the faint-hearted.  Over the years, the Corporation has worked out set-piece responses such as that ‘we get complaints from both sides, so we must be getting it right’, or, ‘your complaint might appear to favour one side of the argument, but you are not taking into account that seven weeks previously we broadcast a balancing item’.

Of course, the responses are slightly subtler than that, but this summarises the basic BBC stonewall approach. Another element which the Corporation perennially deploys in its favour is ‘due’ impartiality. This lays down that not every shade of opinion – especially those considered ‘extreme’ – need to be taken into account when achieving balance. The rules of the ‘due impartiality game were defined by the BBC itself in the 2007 Bridcut report and they have been used as a “Get Out of Jail Free’ card ever since https://www.bbc.co.uk/bbctrust/our_work/editorial_standards/impartiality/safeguarding_impartiality.html.

It is under this framework that those who the BBC deem to be favouring Brexit have been heavily marginalised.  A statistic relevant here from News-watch data is that in 274 hours of monitored BBC EU coverage between 2002 and 2017, only 14 speakers (0.2 per cent of the total) were left-wing advocates of the UK leaving the EU, despite the existence throughout of a strong Eurosceptic movement within Labour and the Trade Unions.

News-watch began the task of monitoring the BBC in 1999, and has since published around 40 reports. They can be read here http://news-watch.co.uk/monitoring-projects-and-reports/. From the outset, the analysis has been on the basis of accepted academic methodology – that is, setting a data-gathering interval, transcribing the content, establishing a framing code and then proceeding to analysis by using a range of recognised quantitative and qualitative techniques.

This is the only reliable way of generating a true picture of the BBC’s output.

What has been the BBC’s reaction to News-watch reports? Basically, yet more stonewalling. In the Corporation’s book, such meticulous work is the ‘wrong kind of complaint’. In 20 years it has responded in detail to only one report. It was a travesty, as is shown here http://news-watch.co.uk/today-programme-survey-and-response-to-bbc-independent-advisors-findings-winter-2007/ and here http://news-watch.co.uk/wp-content/uploads/2015/10/Minotaur-Response-to-Keith-Bowers-Report-2007.pdf.

Not only that, senior Corporation figures have lined up to insult the News-watch methodology, dismissing it as crude counting and even claiming that bias cannot be measured in this way. Only BBC editors were properly qualified to do so.

But others do not think the same. Lord Wilson of Dinton, the former Cabinet Secretary, was commissioned by the former BBC Governors in 2004 to mount an inquiry into the BBC’s EU-related coverage. Central to his assessment was the commissioning of content analysis conducted on the same basis as News-watch.

His findings were sharply critical across the board. He was especially scathing of the BBC’s ignorance of its own output and recommended that detailed monitoring of the sort undertaken by News-watch should immediately be put in place https://www.bbc.co.uk/bbctrust/our_work/governors_archive/european_union.html.

In response, the BBC executive said they would comply. A news editor was appointed to carry out the work. But then everything went quiet. No reports or findings were ever published by the BBC executive.

Then in 2012 the Commons European Scrutiny Committee, under the chairmanship of veteran Eurosceptic Bill Cash, became concerned that the BBC output was not meeting Charter requirements to be impartial and sought to establish what procedures were in place to guarantee it.

The BBC were very reluctant to appear before the committee, claiming it compromised their ‘independence’ to be scrutinised in this way. But eventually – as the possibility of an EU referendum becoming part of formal Conservative party policy developed – Tony Hall, the Director-General, James Harding, the then News Director, and David Jordan, the Director of Editorial Standards, did agree to attend hearings in 2015, along with Rona Fairhead, the then BBC Chairman, and Richard Ayre, the then BBC Trustee charged with overseeing impartiality issues.   A summary analysis of the proceedings is here. https://publications.parliament.uk/pa/cm201415/cmselect/cmeuleg/918/91810.htm

It was at these hearings that it emerged that the commitment to carry out monitoring in response to the Wilson report had been abandoned. The reasons? David Jordan asserted it was too costly, got in the way of journalism, and did not yield helpful results. James Harding maintained that BBC editors knew what they were doing and that impartiality was thus guaranteed.

Mr Ayre, for his part, told the committee that Trust opinion polls among audiences provided external verification that impartiality was being achieved. And James Harding baldy declared that – despite what Wilson had said – internal editorial processes were sufficient to deliver the necessary balance. Put another way, the BBC was once more its own judge and jury in this critically important domain.

Since then, the EU referendum has been held, along with two general elections (in 2015 and 2017). A new Charter has also come into effect. The Trustees have been abolished and a new management board and complaints process put in place.

And what of EU coverage? News-watch reports since the referendum have shown that James Harding was drastically wrong.  The Corporation continues to massively under-report the Brexit perspective, and to grossly exaggerate the complexities of ‘no deal’, and more generally, life for the UK outside the EU.

In parallel, when News-watch reports have been submitted, the senior management have refused to consider them properly, if at all, and have doubled down on their claims that academic methodology is not an appropriate way of measuring bias. They continue to rubbish such analysis as ‘counting’. And Ofcom has very predictably sided with the BBC http://news-watch.co.uk/ofcom-bbc-bias-whitewash/ in refusing to look properly at such research.

It is against this background that for more than a year, a new assault on the BBC’s intransigence – and lack of impartiality – has been meticulously planned. The Corporation, as the analysis above shows, is arrogantly impermeable. It justifies its blatant partisanship behind the cloak of ‘due’ impartiality and seeks to discredit any analysis other than its own.

So what can be done? Ultimately, the only certain route is drastic reform of the Charter and governance. But that is not going to happen any time soon, so that leaves judicial review. Bill Cash was the one who first suggested that this was a possibility. The advice of a top silk was sought and he spotted that as well as delivering impartiality, the BBC must have in place – under its Charter and Public Purposes requirements – robust systems which deliver it.

Letters have been exchanged with the BBC and these have confirmed that the Corporation firmly believes that – in line with what was said to the European Scrutiny Committee – its internal editorial processes are sufficient to guarantee properly balanced coverage, and that an annual opinion poll – which in 2017 showed that 50 per cent of those sampled pick the BBC as an ‘impartial’ news source (from a list of 20) – clearly verifies this.

The case being outlined in the judicial review is that only rigorous monitoring of the sort recommended by Lord Wilson and conducted by News-watch can illuminate and ensure impartiality, and that it is a national scandal that an organisation receiving £3.5 billion a year in public money cannot see this. And further, that it is utter nonsense to claim that opinion polls of the sort conducted by the BBC verify impartiality. They do not establish what people know empirically, but only what they think.

In this action, I am the claimant as a licence fee payer. The application for the review is due to be filed by the end of the month. Let battle commence!

You can contribute to our appeal for help in meeting the costs of the review here. https://www.crowdjustice.com/case/stopbbcbias/