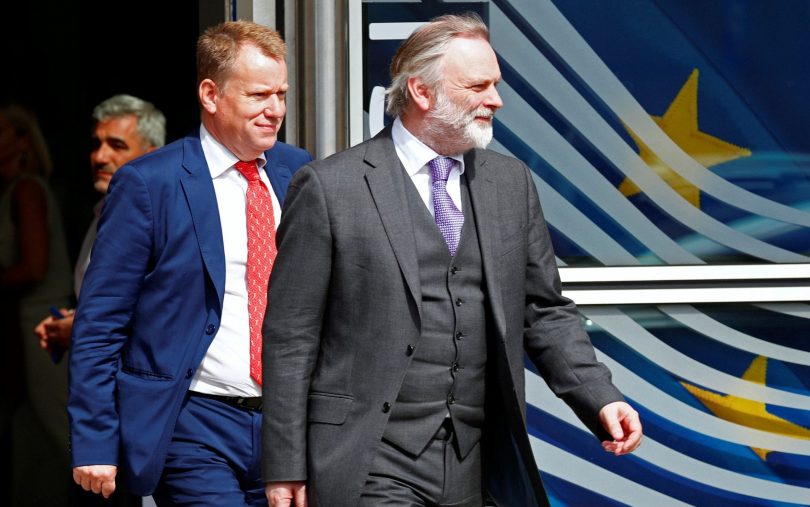 In its present form, to be frank, our whole national security fiefdom is a pointless duplication of several responsibilities, starting with the Prime Minister, Foreign and Commonwealth Secretary, Home Secretary and Defence Secretary. What should we do? Here are a few friendly suggestions.

President Harry Truman created the original post of National Security Adviser with the National Security Act of 1947. From the start the American committee worked at the highest level with the President in the chair and members of his cabinet and the service and intelligence chiefs around the table. We should consider this model for the UK, because the existing system is not much use. In its present form, to be frank, our whole national security fiefdom is a pointless duplication of several responsibilities, starting with the Prime Minister, Foreign and Commonwealth Secretary, Home Secretary and Defence Secretary.

Are you experienced enough?

Yes, most definitely—despite what opponents imply. You left the FCO early and worked for an industry with a long tradition of global exporting. (As did I – I have fond if hazy memories of promoting single malts to the South Koreans.) Your trade association experience was followed by eighteen months advising Boris as Foreign and Commonwealth Secretary until he resigned. Next you worked for the London Chamber of Commerce, before very effectively negotiating our post Brexit trade agreement – or non agreement, which frankly I would prefer. You bring first-hand experience of industry, commerce and exporting. Our national survival depends on all three. Most of all I like your grasp that our true compass bearing is called national sovereignty and you have resolutely steered in that direction. Consequently in my opinion you are far better qualified than any previous NSA since the post was created in 2010.

Boris wants you in the House of Lords so you are politically answerable to Parliament.

That’s sensible though only half right. He should make you a minister with himself, the Prime Minister, chairing a cabinet committee modelled on Harry Truman’s original national security committee. The Service Chiefs and Intelligence Chiefs need a forum where they can talk privately – and I mean privately – to the Prime Minister, senior ministers including you, and the Cabinet Secretary. No one else in the room save the note taker. Such situations arise surprisingly often. So far only Admiral Alan West as Security Minister has had military experience.  We solve this particular deficiency by raising the status of the National Security Committee and inviting the Service Chiefs onto it. There is more than one advantage. They’re good people in a crisis. It’s what they do for a living.

Understanding what security involves at the sharp end

Most of the Cabinet and their officials cannot begin to imagine what it’s like wearing a uniform and respecting military discipline, orders and expectations, surviving random incoming mortar or artillery rounds, sometimes exposed to daily close quarter combat. Nor have any idea of the demands on a junior officer responsible for the lives of many trusting young men and women, some experiencing the shock of combat for their very first time. After days of taking casualties even the most seasoned troops including your veteran NCOs take a deep breath when about to go back into action. Soldiers go back out of loyalty to their comrades, nothing more, nor less.

Diplomats must take on board that their value is what they know about diplomacy and they need to educate themselves about what security policy really involves at the sharp end. Touring as an ambassador with an armed posse and expert teams sweeping clear your path is not the same as serving as a young soldier on patrol, wondering if a bullet or bomb has your name on it, and whether they need a lawyer as witness before opening fire.

The Armed Forces should do more to educate our diplomats. State Department foreign service officers attend the individual service staff colleges. I’ve attended part of the US Navy War College course as a guest, which was very kind of the US Navy. One FCO official does attend the year-long course at the Royal College of Defence Studies but there is no formal programme of exposure to the Armed Forces.  One does not see the kind of osmosis where a US Marine Corps general steps forward, dons a suit, and becomes the White House chief of staff.  Why? Because institutional separation of the FCO from the Services breeds an odd form of resentment. Years ago the FCO took retired officers as the people to run the embassy and its accounts. All the security guards were either old sailors or soldiers. In a nutshell, bring back that interface.

All the Queen’s men

The last people to carry the nation’s future on their shoulders at a moment of extreme danger were Rear-Admiral Sandy Woodward and Major-General Jeremy Moore during the South Atlantic War. Today, many officers serving in the British Army have experience of small unit combat, hardly a soul has experienced high command in hot war.  The British contribution to both Gulf Wars was significant—but not surprisingly all four Prime Ministers in office failed to influence the planning. Not one had any military knowledge let alone combat experience.

All the people in uniform have been properly schooled and developed during their careers. Training in the armed forces means that all ranks can up their game much more easily than FCO diplomats. Training allowed the Falklands Task Force to pull off liberation of the islands by an amphibious assault launched from 8,000 miles range. Training enables teenage Paras and Royal Marines to pull off the most difficult operation even for experienced soldiers – a brigade attack at night. Gordon Brown made a very good choice when he picked Alan West for the first ever Security Minister. And fortunately for us all the present Secretary of State for Defence spent seven years on active duty as an officer in the Scots Guards.

The Queen’s armed forces suffered John Nott, Tony Blair, Dave, George and Nick swinging a wrecking ball. According to Central Office there are no votes in defence. According to the voters that’s true until something goes horribly pear-shaped: then the politicians (like Baldwin and Chamberlain) suddenly become ‘the Guilty Men’.

One final thought – we the voters already are in control.

We did not vote in December 2019 for shrinking and decline. We voted for success, growth, real influence and an essential ingredient is not just adequate armed forces but ones strong enough to deter the biggest villains on the planet.

We’ve had Cameron who apparently learnt about defence from war movies and Mrs May who was willing to end our history as a nation. Some of us have been fighting to restore our self-reliance and self-respect for nearly half-a-century. Our kicking and dragging has helped the navy survive as a fighting force. Now we want the navy to become a global deterrent. That means a lot more ships and submarines and all properly armed. We want the Army modernised so that it can make global interventions. At the moment it’s fifty years out of date. We want the RAF to become a force to be reckoned with again. Deterrence works. It won the last Cold War and will another—if, as now seems likely, China is starting a new one. If the Tory Party won’t deter they condemn our children to a real danger of war.

My generation knew the value of hardware in war before we could read. Moreover, given the hollowing out of our armed forces over the last forty years, we know a huge burden rests on your shoulders.

You’ve proved that you are not afraid of making bold decisions in the face of group think. Having spent thirty years in HM Diplomatic Service I know what you’re up against. Rest assured that millions of us will back you all the way in restoring and modernising our defences – but don’t be surprised if we throw a few ideas ourselves into the mixing bowl. As the Tory Party likes to remind the voters – we’re all in this together.

Adrian Hill is a former soldier and diplomat.