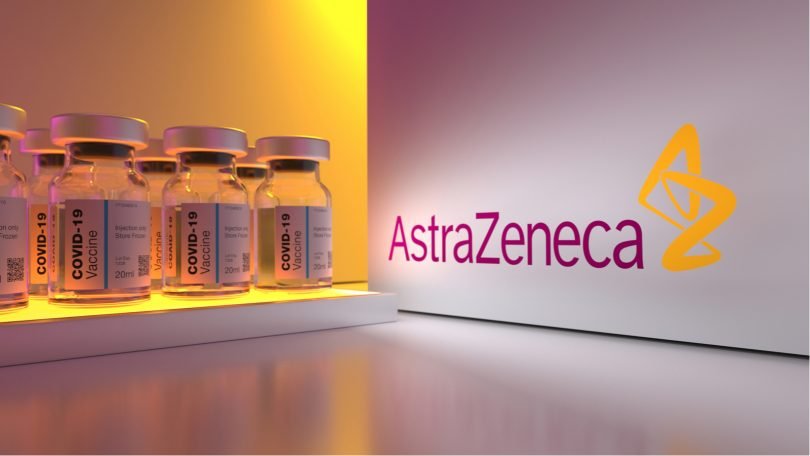 Since the beginning of the year, the UK’s relationship with the EU has been dominated by contractual disagreements.  We focus here on the Northern Ireland Protocol and the commercial contract with AstraZeneca to supply coronavirus vaccines but could add the AUKUS submarine contract and the Channel Islands fishing dispute to the list.

The Northern Ireland Protocol (NIP) was introduced by the 2019 Withdrawal Agreement (WA) and came into effect on 1 January 2021. It is a very bad deal for the UK and no free sovereign government should ever have agreed to it. It is being used by the EU to exercise control over economic and social policy across the whole UK, not just NI, by attempting to force the UK to adopt EU rules and regulations in exchange for reducing the barriers to trade across the Irish Sea. It is also being used to divert NI trade away from the rest of the UK.  The EU refuses mutual recognition of sanitary and phytosanitary (SPS) standards and has attempted to use the wording of the NIP to capture a large proportion of the whole UK economy within its State aid regime. It has been estimated that 20% of the EU’s external border checks are occurring in NI and this is causing disruption to GB-NI trade. One of the most extraordinary aspects of the NIP is the ongoing ‘dynamic alignment’ of NI laws with EU laws, with the possibility that new EU laws could be introduced ‒ some of which could affect State aid in GB ‒ long after the NIP was agreed.  The population of Northern Ireland has not consented to accept EU laws that are made and introduced after the NIP was signed and the NIP therefore breaches rather than supports the Good Friday Agreement. This is clearly a situation which no sovereign government can tolerate for long.

The UK Government’s response to the EU’s position

The EU rejected all suggested alternatives and at a time of intense UK political division and weakness imposed the ‘solution’ most disadvantageous to the UK. The UK Government’s frustrations with the way that the EU has insisted on implementing the NIP resulted in the publication of a Command Paper on 21 July 2021, Northern Ireland Protocol: the way forward. To deal with the ‘societal and economic difficulties, and the trade diversion’, the Command Paper proposes a ‘new balance for the Protocol: one that fully respects Northern Ireland’s place in the UK market, while maintaining the integrity of the EU’s own market’. This proposes four fundamental reforms to the NIP. Firstly, no customs declarations or checks on goods from GB bound for NI, and secondly use of UK commercial regulations in NI. Thirdly reform of the VAT rules and finally removal of European Court of Justice (ECJ) oversight in Northern Ireland.

The EU response to the Command Paper

On 13 October 2021, the EU responded to the Command Paper. The EU refuse to offer a wholesale renegotiation of the NIP and will not accept the proposal made in the Command Paper to replace the ECJ with the international arbitration panels that it accepted in the Trade and Cooperation Agreement. It has however offered a four-part proposal to ease the burden on companies transporting goods into NI from GB:

It is clear that the proposals are still a long way from satisfying the principles for modifying the NIP set out in the Command Paper and a period of intense negotiation is underway. The EU’s initial insistence was that nothing could change. Yet, as described in the long version of this article, the EU took a very difference view of its contract with AZ. Having found itself with a contract it did not like (or understand), the EU tried to change it, first by bullying AZ and then taking it to court. The Belgian court exonerated AstraZeneca and no fines were paid. Taking the lessons from the EU-AZ contract into account, how should the UK deal with the EU’s intransigence?

Lessons for the NIP

The NIP applies the EU’s full customs codes and commercial regulations to NI as if it were a member of the EU. In doing so it goes far beyond what is necessary to protect its Single Market and ignores aims stated in the NIP to minimise disruption in NI and to preserves the integrity of the UK internal market. The EU has only belatedly offered mitigations as the UK has threatened to change the NI unilaterally through using the NIP’s Article 16 which allows parts of the NIP to be suspended in face of societal disruption or diversion of trade.

The UK could try and persuade the EU to adopt the ‘alternative arrangement’ of mutual enforcement – as the Command Paper proposes –  despite the EU’s current opposition.  If the EU fails to agree to this, then there are four other possibilities.  The UK could:

The EU’s AZ vaccine debacle shows that the EU is willing to ignore contracts, override contracts and attempt to unilaterally rewrite contracts if it suits them.

The Government needs a strategy for changing the WA and NIP, recognising the true nature of our ‘friends and allies’ in the EU.

First, it needs to explain its case better. This is very simple:

Second, the Government is not explaining effectively how it is attempting to implement the NIP in good faith. It is letting the EU do all the running and allowing allegations of failure to implement and lack of trust to go unchallenged when it is the EU that is acting in bad faith.

Third, it should point out to the EU that any retaliatory measures in response to a breach of the NIP must be proportionate and reflect the damage to the EU’s Single Market.  This means the damage caused by contraband goods crossing the NI-ROI border.  Since the UK Government has put in measures to prevent this, the damages are essentially zero.

Fourth, it should warn the EU that if it does start a trade war over NI, the UK Government will retaliate by imposing tariffs on EU exports to the UK on the grounds of a systematically undervalued euro, as I discuss in ‘An undervalued Euro harms our trade’.

Fifth, it should recognise the importance of public opinion. One of the reasons why the European Commission paused its legal action against the UK over the NIP on 28 July 2021 was that it was ‘intensely aware of the political dangers of being seen to come down too hard on the UK over the post-Brexit deal’. This was in response to a Redfield and Wilton Strategies poll of 1,500 voters found that 45% said they viewed the EU as being the most responsible for the problems, while 31% said the UK Government was most to blame.

Sixth, the UK must fully secure its energy and food supplies and drastically reduce its current dependence on the EU.  For years, Rolls Royce mini nukes have been discussed as one solution to the UK’s energy problems. It would be a complete dereliction of responsibility if the Government was still in a position that it was subject to EU blackmail over energy supplies when it came to renegotiating the fishing agreement in 2026.

Seventh, the Government needs to be aware of the risks to the integrity of the whole United Kingdom unless the NIP is either implemented in a way that protects the UK internal market equally with the EU internal market or the NIP is scrapped.

The UK’s negotiating strategy up to now has therefore been little short of disastrous.  One thing is clear. Boris Johnson and David Frost cannot back down now and allow the EU to water down the Command Paper ‒ not even in the light of concessions such as the EU backing down in the ‘Sausage War’ and allowing ‘national identity goods’ such as sausages to enter Northern Ireland.  The EU is offering no more now than the ‘maximum facilitation’ proposal for a post-Brexit customs agreement that the UK offered in 2018-19.  The EU turned this down at the time.

The EU remains quite determined to pressurise the UK Government into implementing the Protocol, while dismissing any consideration of ‘alternative arrangements’ – as Article 13(8) of the Protocol requires it to do.  One of simplest of these is the frictionless ultra-high-tech ‘Smart Border 2.0’. The EU even blocked British and Irish customs officials from working on a simplified electronic system for managing imports and exports.

This was because the EU does not see the NIP as the way to maintain peace in Northern Ireland, but as a tool to coerce the UK into following EU regulations on animal and plant health and on State aid in perpetuity. The EU wants to interpret the Protocol in any way it chooses and then force the UK to go to the European Court of Justice (i.e., the EU’s own court) for a judgement on whether the EU’s interpretation is valid.  This is completely unacceptable.  Any disputes about the Protocol must go to independent international arbitration – as would happen in the case of disagreements over the Trade and Cooperation Agreement which manages the remainder of the post-Brexit relationship between the UK and EU.

Boris Johnson and David Frost must not give way on this critical point. Not only must a revised Protocol remove any role for the ECJ, it must also introduce ‘Smart Border 2.0’ technology for dealing with cross-border trade between NI and the Republic – as recommended in a report to the European Parliament in 2018. There will never be a proper Brexit otherwise. In addition, there will be constant tension over Northern Ireland – with the EU endlessly interfering in our internal affairs.