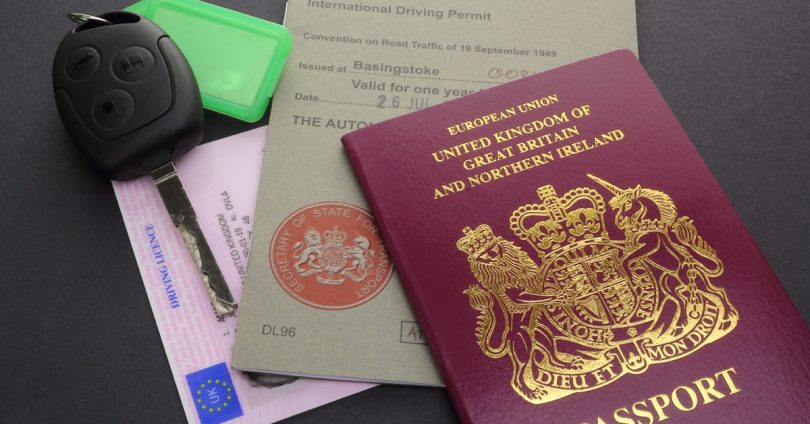 The UK employment market has ceased to function as a normal market. Now if a seasonal employer needs workers but is offering such low wages that no local employee will take the job, then the employer merely needs to start a media storm to bounce the government into handing out visas for cheaper imported workers. But many Eastern European workers will have discovered that their UK furlough payments have greater purchasing power in their home country, so UK (and many EU) employers may have to improve their employment offer if they are to attract the local staff that they need.

While staying in Berlin for a week, I was startled to see German TV news stories about the queues for petrol in the UK, as well as stories about Germany’s own HGV driver shortage. I was expecting to return to 1970’s Britain and the 3-day week. So, you can imagine my relief to discover on my return that all the shelves in my local supermarket were full, the traffic in central London was as heavy as usual and whatever went wrong last week was not evident – although the BBC did have an expert on its breakfast show telling viewers that it is rational to join a petrol queue if you believe that everyone else in the queue is acting irrationally. Right.

No doubt the crisis had passed because the perpetrators had achieved their aims – to get around the UK’s new immigration rules and import cheap EU labour. But while all the press attention has been on the supposed shortage of 100,000 HGV drives, which has somehow been satisfied with a mere 5000 temporary visas, there were also 5500 additional visas handed out for poultry workers specifically to work in the turkey industry.

This completely undermines the pricing mechanism for labour. In any employment transaction, employers and employees need to strike a price where one is willing to work and the other is willing to pay for the work. If an employer only wants to pay a low wage, they may need to be prepared to wait for a desperate worker. This is unlikely while furlough payments or savings last. And many Eastern European workers who have returned to their home country during the pandemic will have discovered that their UK furlough payment has double or triple the purchasing power in their home country, so they may not be rushing back to work for a while.

However, with or without furlough payments, the strategy of making a low wage offer and waiting doesn’t work if the employment is seasonal. Seasonal work has a short window of opportunity, so in a normal market the employer would need to increase his wage offer until he has attracted enough employees.

Unfortunately, the UK employment market has ceased to function as a normal market. Now if a seasonal employer needs workers and yet is offering such low wages that no local employee will take the job, then the employer merely needs to complain to the government, cite the need to protect consumers from higher prices or maybe get the CEO of the British Poultry Council to make an exaggerated claim for example that the lack of cheap imported labour risks ‘crippling British food security’ (Does the population live on turkey now?) and hey presto, the employer gets special dispensation to import cheaper workers.

Yet again our government, with little collective work experience and zero poker skills, has been bounced by a small number of avaricious employers and planted media stories about a turkey-less Christmas, into doing something that is counterproductive. The increased wages needed to attract British workers would have been apportioned over millions of turkeys and if the employer was really concerned about pushing up prices for the general population – then they could always reduce their profit margin. Why no government minister ever suggests this, rather than meekly opening the visa drawer, is beyond comprehension.

Importing cheap labour is great for the employer but not great for the general economy. I know it may sound absurd, but we really do need to get into the habit of paying UK workers enough for them to live on, and possibly even enough so that they actually enjoy going to work. Workers on higher wages spend more on goods and services; this keeps more people employed providing those goods and services and keeps the money flowing. It also increases the (PAYE) tax base if the government needs a greater incentive than a buoyant economy.

Importing cheap workers helps nobody except the owner of the turkey processing plant. Workers are usually forced to live in caravans and charged rent by their employer for the privilege. They will spend as little as possible in the UK while most of the money they earn will be remitted back to their family in their home country.

The bigger problem is the spoilt brat tactics of industry that knows that the government is terrified of negative news stories even though it has an 80-seat majority, and the Opposition is flaunting its hopelessness. While I have heard many disillusioned Tory voters complaining about the government, I have not heard one of them say ‘aye, that Kier Starmer, he’d sort this problem out.’ In fact, I am sure that everyone knows that things would only get worse if the Opposition were in charge. So why is the Government so spineless in the face of industry blackmail?

The driver shortage is a more interesting problem as it is also happening in much of the EU, even Poland. It has been suggested that competition from Bulgarian and Romanian drivers has reduced wages so much that drivers from countries with higher costs of living have been forced out of the industry. If true, this shows that undercutting your own workforce is not the panacea to industrial strife. Eventually wages must rise, not due to strike action but to attract workers back into the industry. This is happening now in many industries in the UK, with reported signing bonuses to get people to work.

Why are UK drivers leaving the industry? It is not just pay but also conditions. Many drivers are truly self-employed and are not paid for waiting time while loading, or late deliveries or non-deliveries caused by protesters; yet HMRC has imposed IR35 on them (the rule that self-employed people working for a single client be taxed as employees), believing that they are shirking employment taxes. If this is true, it is more likely to be the employing logistics agency which is avoiding its obligations (employer National Insurance contributions, sick pay, and holiday pay) rather than the drivers insisting on remaining self-employed. Unlimited cheap labour has allowed many employers, not just turkey producers and haulage firms, to avoid the cost of full-time employees.

Additionally, during covid keeping shelves stocked was classed as an essential service and drivers were exempt from staying at home, however this exemption did not extend to the amenities used by drivers – hotels, restaurants, public lavatories, and truck stops. So ‘essential’ drivers were forced to sleep in their truck cabs, go without washing and defecate on the side of the highway. And we wonder why people dropped out of the industry…

Then there is the matter of replenishing the supply of new drivers. The industry is aging, self-driving trucks and deliveries by drones are nowhere in sight, so new drivers need to be trained to replace retiring drivers. But training is expensive. It is not easy driving a 18m vehicle with 16 gears, even on a motorway let alone reversing one into a loading dock. A potential driver needs to be able to pay around £3000 to train and take their HGV licence.

Driver Required believes that there the 330,000 HGV licence holders in the UK with a valid DQC (Driver Qualification Card) who are no longer working as HGV drivers. They also calculate there are a further 327,000 drivers with HGV licences but no DQC, who would need to attend 35 hours of Driver Competence training to gain a DQC.  As the total number of active UK HGV drivers is only 287,000 – the UK has twice as many qualified drivers who have dropped out of the business as active drivers. Many former HGV drivers will have been snaped up by Amazon, Ocado or Uber as delivery drivers or may be driving construction, municipal waste or removal vehicles – the pay may not be greater, but conditions will be, and these jobs allow drivers to live at home.

If anything, this self-inflicted panic should be a wakeup call. For too long the UK has relied on centralised mass production that is dependent on road haulage distribution and consequently link roads such as the M25, A2, A20 and M2. All roads that have been targeted by Insulate Britain during the week prior to and during the ‘panic’. Ironically, working from home and having everything delivered uses up more heating, more petrol and requires more delivery drivers – if they truly want to make a difference, Insulate Britain should stop blocking roads and start demanding people return to the office and do their own shopping.

So why was this panic fuelled by the media with such relish? Possibly because it allowed the remainiacs to cast Brexit in a bad light by suggesting that UK workers are lazy and must be replaced with hard working eastern Europeans from countries where wages, even after tax and PPP adjustments, are less than half those in the UK. Certainly, this seems to be the take from the BBC editorial team.

But what has the panic really taught us?