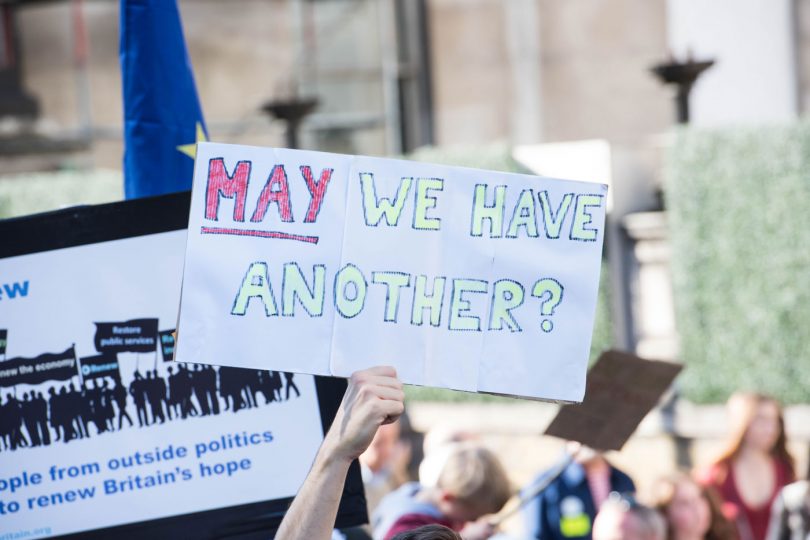 Graduate student Sophie Jones discusses the recent vote by the Universities and College Union to endorse the campaign for a second referendum. She links this anti-democratic campaign to historical examples in which the academic profession proved out of touch with the population. She hopes academics will think carefully about the implications before giving the campaign their support.

This week the Universities and College Union (UCU) endorsed the campaign for a second referendum. The vote was a landslide, with 89% of those who participated voting in favour.

As a member of the academic community, this alarms me. We know, of course that academia is dominated by Remainers. One of the reasons Briefings for Brexit was founded was to provide a means of expression for the minority in universities that think differently. But this vote suggests academics are even more blinkered than feared. With 16% of academics signed up, UCU is the biggest union for higher education workers and has gained further prominence on the national stage in recent months owing to its successful strike against pension cuts.

An overwhelming vote for a second referendum is a radical form of Remain. It displays a contempt for democracy, and a failure to consider the damage a second vote would do to Britain’s political stability. This is not the place to rehearse the dangers of a second referendum in full, but another vote, in riding roughshod over a democratic vote, would surely further the political disillusionment of the electorate.

Historical precedents for academics unthinkingly and arrogantly support dangerous ideas en masse are not difficult to find. One only needs to think of the chilling apologies for Stalinism penned by academics like Eric Hobsbawm even after the scale of Soviet horrors had become undeniable.

One thinks too of support for the utopian pacifism of the 1930s. Notoriously, the Oxford Union in February 1933 passed a motion ‘this House will in no circumstances fight for its King and Country’ by 275 votes to 153. The student debate represented a more general pattern of wishful thinking with strong support in our leading universities in the 1930s, which added to the confidence with which Adolf Hitler executed his plans for the domination of Europe.

“Chipping away at English morale, trying to spread an outlook that was sometimes squashily pacifist, sometimes violently pro-Russian, but always anti-British.” George Orwell’s complaints about the intellectual elite of his age still read as all too relevant in ours.

The stances taken by academics have a symbolic power. It is worrying that so many of us are willing to use that power to endorse an elitist silencing of a popular vote.

Rerunning the referendum will entrench bitter divisions in the British population for a generation. If you are one of the many who recently joined UCU thinking their position on pensions deeply reasonable, it may be time to reconsider.