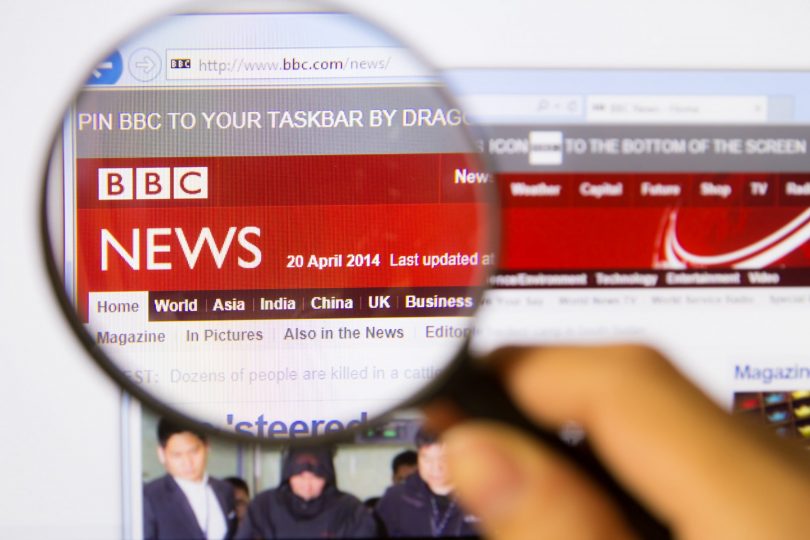 The Bashir affair has brought into sharp focus again that BBC journalism is not fair and impartial, as its Charter requires. But after decades of bias in BBC reporting of the EU, what are the chances of genuine change?

Much has been written about the Lord Dyson report into the 1995 BBC Panorama interview of Princess Diana. Columnists and politicians galore are clamouring for urgent action to mend the Corporation’s broken ways. According to Lord Dyson these primarily included lying in pursuit of a story, coupled with massive brick-walling by senior management against any suggestion of wrongdoing.

And it seems that steps to reform and rein in the excesses of BBC bias and rank bad journalism might now be under consideration as part of the Corporation’s mid-term Charter review, due in 2022. Oliver Dowden, the culture secretary, has suggested that structural governance reform will be on the agenda.

But don’t hold your breath. Much in a similar vein was written in 2012 when the BBC was caught entirely wrong-footed over its handling of Jimmy Saville. Or when the corporation in 2019 was landed with a £2 million+ legal bill for its cruel, vastly over-the-top coverage of baseless claims of sexual misconduct against Cliff Richard. Once again, with the latter, senior management disgracefully claimed no wrongdoing in their hounding of the singer. The High Court Judge in the case very strongly disagreed.

Through it all, the BBC has so far survived intact, a bloated, £3.5 billion-a-year protected state relic from an age when broadcast frequencies were a scarce resource. The danger is that despite the evidence of incompetence, almost unlimited arrogance and moral turpitude, the Corporation carries on regardless because no-one has the political guts or will tackle a massive overhaul.

The core problem is that the BBC will never admit misconduct, and has been immune to outside complaints for most of its history because it is its own judge and jury in that domain in most respects.

No government from those of Margaret Thatcher onward has dared grasp the nettle of genuine root-and-branch reform.

Under the new Charter operational from 2017, Ofcom assumed a regulatory role over some BBC matters including the conduct of BBC journalism. But this was too little, too late, and the Ofcom scrutiny has so far proved totally ineffectual, not least because most of its content board appointees are former BBC advisors or employees and have the same mindset as the Corporation itself.

So how can this problem be solved? Over the past 40 years – arguably since Margaret Thatcher became Prime Minister in 1979 –  the BBC  has become increasingly opinionated and left-wing to the extent now that no part of its output is unaffected. Even the BBC1 programme Antiques Roadshow is larded with lectures by presenter Fiona Bruce on topics such as the evils of Britain’s colonial past.

In this vein, my organisation News-watch recently conducted a thorough survey of BBC Ideas, a catalogue of 600 or so five-minute videos ‘for the curious minded’ https://news-watch.co.uk/bbc-ideas-an-extravaganza-of-bias/

This is a project launched by former Labour culture secretary James Purnell at vast expense when he was BBC director of radio and education. The findings? of the titles, the majority (around 350) have controversial or political content in subject areas such as history, race, capitalism, climate change and feminism. Only 25 of them have points which could be regarded as ‘conservative’.  The rest could have been taken from a manual on how to construct ‘woke’ propaganda based on post-modern critical theory.

News-watch has also thoroughly scrutinised the Corporation’s EU coverage for more than two decades, and – as readers of this blog are painfully aware – this is the domain in which the most crass corporation bias has operated.  The 40 or so News-watch reports since 1999 summarised here https://news-watch.co.uk/wp-content/uploads/2019/07/BBC-Bias-Against-Brexit-News-watch-Surveys-since-the-2016-referendum-.pdf

show a massive weighting towards pro-EU opinion up to and including the Brexit referendum and then continuing through the Brexit process itself to the present day.  When has the BBC constructed a programme which shows the problems of the EU, and revealing that it is ultimately a huge anti-democratic project?

The BBC’s response to those News-watch reports? It has been characterised throughout by the same arrogance and stonewalling identified by Lord Dyson in his report on Bashir.  Corporation senior management – including many of those involved in the Prince Diana interview – chose to ignore them all. Without providing a shred of evidence, they claimed that they were worthless.

An easy and respectful way of testing their veracity would have been to appoint an independent panel to assess the quality of the News-watch work. But that possibility was never even on the BBC’s agenda.  They preferred instead to launch ad hominem attacks against me and eminent Eurosceptic Lord Pearson of Rannoch, who partially funded the News-watch work.

A key character in the Bashir affair identified by Lord Dyson was Anne Sloman, who was BBC chief political adviser, and therefore one of the key advisers to Tony Hall, who was then BBC director of news. Sloman was among those who investigated in 1996 claims of impropriety against Martin Bashir, and despite abundant evidence to the contrary, concluded that he was ‘honourable’.

She betrayed similar arrogance in her treatment of News-watch and the claims of anti-EU bias. In an editorial meeting in which the Sunday Times columnist Rod Liddle was present (in his then role of editor of the BBC Today programme), she asserted that eurosceptics like Lord Pearson were ‘mad’ and therefore should be ignored  https://www.thetimes.co.uk/article/martin-bashir-scandal-step-1-blame-the-temp-step-2-blame-the-hack-step-3-scarper-for-another-british-institution-qflxqp77j

Her treatment of me was even more outrageous. At a summer drinks meeting between Parliamentarians and the BBC attended by Lord Pearson, she told him that the reports I was compiling should be ignored because I had been ‘sacked by the BBC’.  This was an outright and baseless falsehood.  I had worked for the BBC for seven years without a blemish on my staff reports and had been promoted regularly throughout. I left the BBC because I found a more senior job at the ITV breakfast television station TV-am, where I became director of public affairs.

As a result of her claims, I was forced to fire off (at considerable expense) a pre-action letter for defamation of character, and she huffily backed down. But her intention was clear. She wanted me out of the way, to be discredited and taken off the case.

This illustrates that a basic tactic of BBC senior managers at the BBC is to try to destroy or discredit those who oppose it. That applied in the Bashir case with the graphics designer who drew the forged bank statements, with BBC Newsnight journalists in 2011-13 who wanted to blow the whistle on the BBC’s treatment of Jimmy Saville (their BBC contracts were not renewed) and in the Cliff Richard affair, when the BBC tactic was to throw the blame on to South Yorkshire police.

So how can be the BBC senior management be so arrogant and disdainful towards those who oppose the Corporation?  A central problem is that the BBC’s Charter gives the Corporation almost unassailable independence. It was as designed to protect BBC journalism from political interference. Noble aim. But the drafters of the legislation surely never envisaged that the Corporation would, in effect, go rogue – as its approach to EU coverage and BBC Ideas shows – and become an enemy of the country and the culture which pays for it.  A dangerous enemy, too, because its goals appear increasingly to be the complete denigration and destruction of Western values.

A manifestation of its unassailability is that the BBC complaints process is not fit for purpose. It is designed to protect the BBC rather than to deal conscientiously with the concerns of audiences. The complaints process could be a shop window for BBC transparency, and for the further debate of matters of public controversy. Instead it has become another brick wall which the BBC hides behind and a vehicle to discredit opponents. An example of this is that New-watch has within the past month received a warning letter from the complaints unit (which is sub-contracted to facilities company Capita) warning us that we are making too many complaints and that they are too complicated to deal with so we are wasting Corporation resources.

A second manifestation is that the BBC refuses to produce any independent evidence to verify its impartiality. Instead, it relies on opinion polls. This is absurd and simply not good enough. News-watch reports into the BBC output are based on scrupulously-applied academic principles which can be seen and debated by anyone. By contrast, the BBC simply tells the world it knows it is impartial, and therefore it is. Yet the Corporation provides no evidence to support its position and claims it would be a waste of time to do so. That is an absurdly arrogant stance for an organisation in receipt of £3.5 billion of public funding to adopt.

In that context, as cries for reforms intensify, an acid test of the government’s intent will be whether the proposed structural reforms include such monitoring and an overhaul of the complaints system. Only when these operate on an independent basis and thus hold the BBC genuinely to account will BBC bias end.  As things stand, it is an obdurate, arrogant and unprincipled law unto itself.

David Keighley is a former BBC producer and news executive who now runs News-watch (www.news-watch.co.uk), a media monitoring company which for the past 22 years has fought BBC EU bias.