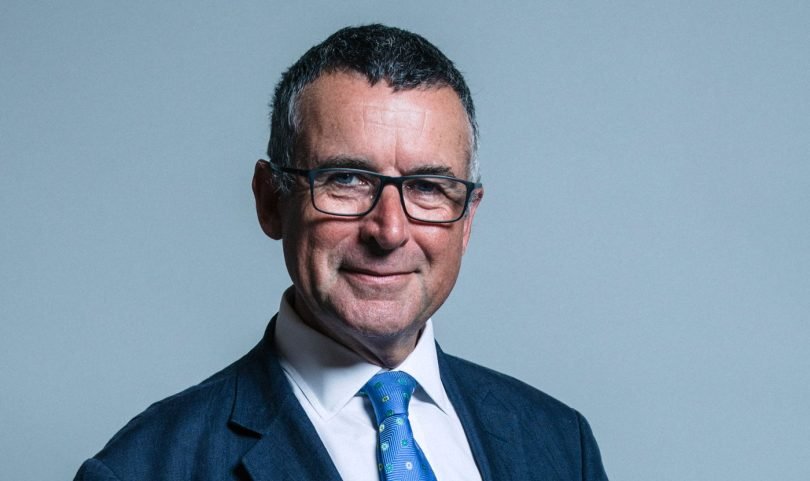 Sir Bernard Jenkin, the Conservative MP for Harwich and North Essex and Chair of the ERG (European Research Group) Steering Committee, tells BfB what he thinks of Theresa May’s Withdrawal Agreement and Political Declaration which he sees as a very “Remainery Brexit”.

Jenkin also responds to the publication this week of two reports on the economic impact of Brexit, deal or no-deal, from the Treasury and the Bank of England. The Treasury’s analysis says that any deal to leave the EU is going to make the UK worse off than if it remained. The Chancellor Philip Hammond also took to the airwaves to voice this view. The B0E analysis speaks of a house price crash, the worst economic slump since World War II, and the possibility that the value of sterling against the dollar would plunge. Mark Carney, the Governor of the BoE, said that fiscal policy could cope with such a crisis but that the Bank needed to be prepared for one.

In this exclusive 35 minute audio podcast for BfB, Jenkin tells listeners why he has been a long time Eurosceptic, even during the Maastricht Treaty Crisis of 1992-3 under the then Prime Minister John Major, and why he believes Britain’s original decision to join the Common Market in the 1970s has now been superseded by a Europe dominated by Germany and one that threatens Britain’s autonomy as a nation state with Emmanuel Macron the French President even talking of establishing a European Army.

Jenkin points out that 90 per cent of global growth will be coming from outside the EU over the next few decades and that the UK needs to be free to negotiate its own Free Trade Deals with others. He is critical of May’s deal and the Northern Ireland backstop and the fact that the political agreement will allow the European Court of Justice to adjudicate on trade disputes between the EU and the UK even after the two year transition period ends.

He reflects on why the ERG had stayed loyal to May and what she outlined in her speeches but that even her own Ministers who later resigned had not been told of what was being negotiated.

Looking back to the history of Britain’s membership of the EU he says the UK had always been on a different “trajectory” to the others and had objected to different agreements such as the Social Chapter. He said he thought Remainers were living on “another planet” and were in a “dream world” if they thought another referendum would deliver a different outcome.  “British people are up for no-deal”, he said.

“If we stay in the customs union, and if we carry on accepting an EU common rule book,  that is interpreted by an EU court, this is not taking back control of our laws and this is not leaving as we said in our manifesto, and as has been made plain in the Referendum that we would be leaving. This is an extraordinary deal and the government should not have agreed to the sequencing as it did and to the triggering of Article 50 so soon.”

He said the UK’s £38 billion pound payment to leave could be much more as we will not be deciding the figure the ECJ will.

On the NI backstop Jenkin said it was clear the government had wanted to stay in the customs union as it did not explore seriously the alternatives to a hard border such as happens elsewhere in the World.

“It’s turned into a very Remainery Brexit and I think this is part of the problem. The lesson of this is if you have a great project that is going to lead to a great change don’t put someone in charge of it who doesn’t believe in it.”

Jenkin’s said the different views on Brexit where causing a problem for the current administration but that it was not a great crisis such as the UK has weathered in the past and that the British people were resilient and good at coping with crisis. He said that once the UK left the EU we would be “living in a more democratic” country.

He explained that he favoured a “muscular” Free Trade Policy and that the publication of the ERG’s “Fact not Friction” report last week, which explored the myths of leaving the EU, had illustrated that the UK could trade without being part of a customs union.

He said: “I am in favour of a muscular FTA that puts the national interest first. Germany dominates the environment in the EU and has huge influence over how the rules are made. We need a muscular FTA with the EU and once that can be annually reviewable. That is absolutely standard. We already export more to the rest of the World than we do to the EU, we need to be free to exploit our trading relationships with the rest of the World. “

As Chair of the influential Public Administration Select Committee, Jenkin said he thought that there would be a Chilcot like inquiry into how the government had conducted Brexit. He defended the civil service saying that if it is given clear instructions then it would do the bidding of the government of the day as it did under Margaret Thatcher when she turned round current economic policy.

“Civil servants do what their ministers tell them. There may be an inquiry, it will be more about matters of collective responsibility.” He said there were parallels with how this administration had acted and what had happened under Blair with the Iraq war.

He said the government should publish its legal advice on this agreement “in full for all in parliament to see”.

He ended by pointing out that “most trade in the World goes across customs frontiers, why can’t we be the same.”