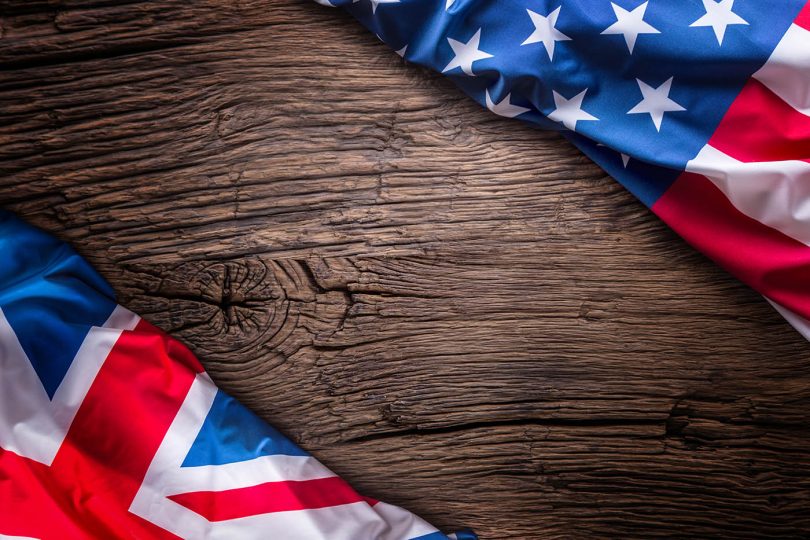 In another in the series of articles on Britain’s Global Strategy After Brexit Thomas Mills argues that in voting for Brexit the British people took a momentous decision to take control of their laws, economy and borders. Britain should use this moment of opportunity to recast its role in the world and forge a foreign policy truly independent of both the United States and the European Union.

The Anglo-American ‘special relationship’ is never far from the surface in British political debate. So it proved in the EU referendum campaign of 2016. The most dramatic illustration of this was when Barack Obama weighed in on the side of the Remain campaign two months prior to the vote. Standing alongside David Cameron, the American president expressed his view – in uncharacteristically forthright terms – that ‘Britain is at its best when it’s helping to lead a strong European Union’. The Prime Minister concurred, adding that EU membership strengthened Britain’s special relationship with the United States.

Leading Leave campaigners countered Obama’s intervention by claiming that the Anglo-American special relationship would in fact be bolstered by Britain leaving the EU. As Boris Johnson put it, outside the EU a rejuvenated Britain would ‘be even better and more valuable allies of the United States’.

These interventions revealed a rare point of consensus between Remainers like Cameron and Leavers like Boris: that notwithstanding their differences over the likely effects of Brexit, Britain’s special relationship with the United States was something to be treasured.

In the aftermath of the referendum –and the subsequent election of Donald Trump – leading Brexiters like Nigel Farage and Michael Gove redoubled their efforts to strengthen Britain’s ties with Washington. Theresa May was also keen to express her belief that Trump’s election, alongside Brexit, provided an opportunity to ‘renew the special relationship for this new age’.

Beyond the rhetoric, the focus for many on the Right was on securing a free trade agreement with the United States to compensate for any decline in trade with EU countries following Brexit. Success towards this goal seemed apparent when Donald Trump stated shortly before taking office that his administration was ‘going to work very hard to get [a trade deal] done quickly and done properly’.

The Left in Britain is generally far more sceptical of the special relationship with the United States. Not without cause, Trump’s critics in the UK warn that a trade deal with the US could pave the way for the partial privatisation of public services like the NHS, or – as widely reported in the media – a weakening of health and safety standards in the UK. Reflecting the pro-Remain sentiments of the majority on the Left, the spectre of a closer relationship with Trump’s America is therefore often held up as yet another example of the unfortunate consequences of Brexit.

The only alternative offered by the Left to a deepened Anglo-American special relationship is to stay as close as possible to the European Union. This can be seen in the variations of a ‘soft Brexit’ favoured by most left-wingers in British politics. Most prominently, the Labour Party now favours staying in the EU Customs Union permanently following Brexit.

The argument offered here is that this is a false choice – and also a deeply unattractive one.

Those on the Right consistently underestimate the cost entailed for Britain in the special relationship. Of course – as its defenders never tire of pointing out – Britain’s relationship with America is important in terms of commerce, security, and our cultural and historic links. But it has also entailed embroiling the country in the disastrous Iraq War, supporting the US in illegal practices like extraordinary rendition, and sacrificing any claim to moral leadership in the world by failing to robustly condemn policies like Donald Trump’s travel ban.

In its aim to stay closely bound to the EU, the Left falls into a similar trap. The Labour Party’s policy of remaining in the Customs Union – while losing the limited influence over trade policy that EU membership entails – would, as explained elsewhere on Briefings for Brexit, represent a startling loss of sovereignty. Not only would this arrangement prevent Britain from signing new trade agreements with other countries, it would also force Britain to accept the terms of any trade deals agreed by the EU without any significant input – including any potential deal with the United States.

Another way is possible. On exiting the European Union, Britain should seek to establish as closer trading relationship with the countries of the EU as possible. But having left the EU, there is no need to embroil the UK in an ever-deeper special relationship with the United States, with all the dangers that this entails. Rather, Britain should use this moment of opportunity to recast its role in the world and forge a foreign policy truly independent of both the United States and the European Union.

The choice between subservience to the US or the EU is premised on an exaggerated view of Britain’s diminished influence in the contemporary world. While Britain self-evidently no longer holds the kind of sway it once did, it still has a significant range of assets at its disposal. To point to the most obvious: Britain is the world’s sixth largest economy in the world; it retains a permanent seat on the UN Security Council; and it is able to draw on impressive soft power, from the prominence of the English language to the high international standing of its universities.

Of course, relinquishing a special relationship with the US would have implications. It would mean abandoning the policy pursued throughout the post-war era of seeking to augment British power by staying as close as possible to the world’s leading superpower. But if this means giving up on the idea of Britain as a great military power – with all the hubris that this has entailed – that would be no bad thing. Instead of joining the United States in ill-conceived bombing campaigns in countries like Syria, Britain could use its independence from the US – as well as its excellent diplomatic resources – to lead the way in seeking a political settlement to the conflict in that country.

It is also possible – depending on the trade deal reached – that extracting Britain from the EU Customs Union and Single Market could entail a decline in British trade with Europe. But this could be more than compensated for by an increase in trade with emerging economies in Asia, Latin America and Africa – already the fastest growing of Britain’s international trade partners. Moreover, having taken control of its trade policy, Britain could tailor this to complement humanitarian goals of aiding sustainable growth in developing countries, rather than hindering it, as EU trade policy often has.

More broadly, Britain should take this opportunity to ensure an alignment between its foreign policy and its professed values, forging a role for itself in the world based on protecting human rights, tacking climate change and promoting peace.

In voting for Brexit the British people took a momentous decision to take control of their laws, economy and borders. This historic moment should also be seized to redefine the role Britain plays in the world. Having taken back control from Brussels, it would be a sad irony indeed, if we squandered this opportunity by handing authority over our foreign policy to Washington.