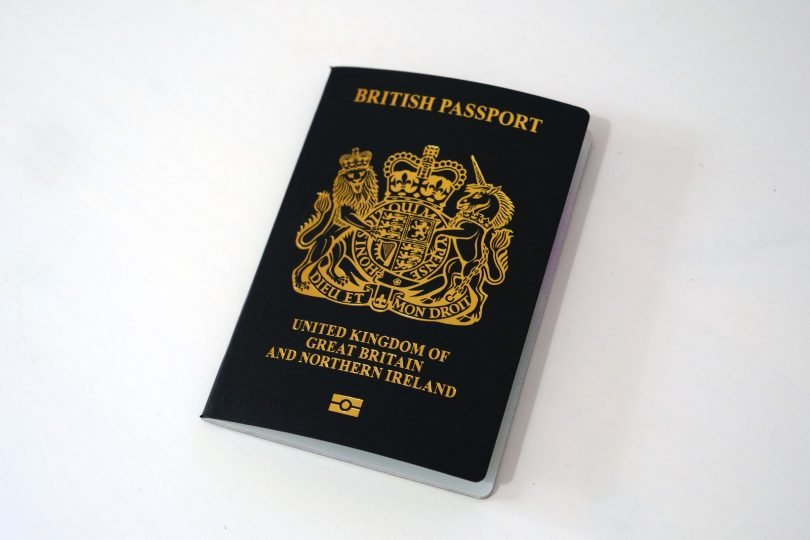 Much fuss was made by the Government about introducing an Australian Style, points-based immigration system, most UK politicians seemed to have skipped over the other side of this system: Australia’s zero tolerance of illegal immigration. The two only work when operated together.

The BBC headline on the 30th July read: Record migrant numbers cross English Channel in small boats. The record of 202 migrants arriving in 20 small boats in a single day, of course only refers to the illegal immigrants that were caught on Thursday, not the total. Legal immigrants to the UK do not have to resort to rubber dinghies to enter the country.

Apparently, the immigration minister, Chris Philips, said that the number of boat crossings was “unacceptably high” and that the UK needs “stronger enforcement measures, including interceptions at sea and direct return of boats”.

However, this would only result in the immigrants, and their people smugglers, trying again, for an additional fee. A fee that will most likely be repaid by indentured labour in the UK underworld. What the UK needs is a real deterrent to people trafficking and in this, the UK should be following another Australian example.

While much fuss was made by the Government about introducing an Australian Style, points-based immigration system, most UK politicians seemed to have skipped over the flipside of this practice: Australia’s zero tolerance of illegal immigration. The two only work when operated together.

Australia welcomes economic migrants as well as asylum seekers, but it wants to know who they are; that they are healthy; and that they will contribute positively to the Australian economy and community. But this welcome map is conjoined with: illegal immigrants are not welcome. Even genuine asylum seekers who attempt to enter the country illegally are not tolerated. As the Australian High Commissioner to India, Patrick Suckling put it so succinctly in 2014:

“if you get on a boat and illegally try to come to Australia, you will never, ever be allowed to settle in Australia.”

It is hard to get clearer than that. But Australia also has an even bigger stick: any illegal immigrants who survive the boat journey to Australian territorial waters  – and many thousands don’t – will find themselves in a detention centre on an isolated island such as Nauru, Manus island, or Christmas Island. Those who fly in and overstay their visas could end up in one of the detention centres in outback Australia. Whether internment was worse on Nauru or at Woomera in South Australia (now closed) is debatable. There are horrible stories about life at all of these centres – but they were not designed to be pleasant. They were designed to deter illegal immigration. And they worked. So much so that although the Rudd Labour Government closed them in 2008 claiming the camps were: ‘abhorrent and unnecessary’, they were reinstated again by the Gillard Labour Government in 2012 after the flow of illegal immigrants increased again.

Incredibly, there are reports that the illegal immigrants that have been caught crossing the English Channel are being housed in 4 star hotels in the UK. If this is correct, then the UK should not be surprised if its new record for illegal channel crossings is soon broken.

With record numbers of illegal immigrants arriving in the UK, the UK Government need not worry about how to allocate the points in its new immigration system – instead it should worry about how they will ensure would-be immigrants bother to use the system at all. Why go to the trouble of applying to enter that UK legally if you can simply arrive in the back of a truck or on a small boat, pretend to be an asylum seeker from France (seriously?), get to stay in the UK and even receive £37.75 per week for expenses? If the UK Government ever wants its points-based system to work, they will have to get a lot tougher on illegal immigrants.

This is even more important now: Covid-19 should make it imperative that the UK government stop this illegal traffic. Illegal immigrants who have been living in close quarters in makeshift Calais camps, traveling on small boats or in the back of trucks, are more likely to have Covid-19. Once in the UK, illegal immigrants will not be living in suburban isolation, receiving money from a furlough scheme or more importantly, getting medical help and time off their ‘work’ if they are sick.

Although some may believe that Australia is unique in having isolated islands and deserted inland locations for detaining illegal immigrates, it isn’t. There are many sparsely inhabited islands surrounding the UK. Surely the knowledge that you could be spending months or years in a detention centre while your asylum claim is processed and then, if your application fails, you will be barred from ever settling in the UK – may just be the type of encouragement that potential illegal immigrants need to convert them to becoming legal immigrants – that is an immigrant who fills in the forms.

While the journey across the oceans to Australia in a leaky boat is perilous, the journey of illegal immigrants into the UK is just as dangerous, but primarily due to the people who organise the journeys. People smugglers charge enormous amounts to get immigrants into the UK and often this debt must be paid in indentured labour in addition to any money or assets that the immigrant owns. Many people will remember the horrific story of a lorry containing 39 dead illegal immigrants from Vietnam in October last year. Apparently, the parents of one of the victims, although struggling with debts, had somehow ‘paid’ £30,000 to smugglers to transport their daughter into the UK via China. This is unlikely to be cash they had to hand. It is more likely that they and their daughter had sold themselves into servitude to the criminal gangs who run these smuggling routes. People smuggling is nothing more than a modern-day slave trade.

Milton Friedman famously said that illegal immigration was beneficial to an economy because it provided workers who were unable to benefit from the welfare state. However, if the reports of four-star accommodation for those illegal immigrants that were caught are true, then the UK seems to have the opposite of Friedman’s vision – additional people receiving first class, full state benefits but unable to work. In any case, I doubt that Friedman was referring to immigrants working as prostitutes or drug mules, for low or no wages, in order to pay off their people smugglers.

In order to stop people smuggling it is important to let potential victims know that there is an alternative. People smuggling is a business: they advertise in refugee camps and in impoverished villages; they exaggerate their abilities; they overcharge for their services; they encourage people to risk their lives in refrigerated tracks or small boats. But importantly, the people smuggling business model relies on their victims not knowing about any alternatives or about any deterrents.

If the UK is to combat smugglers, they need to make it clear that there will be zero tolerance of illegal immigrants, that illegal immigrants will be detained in spartan conditions, or alternatively that people wishing to move to the UK can fill in this form, and apply to immigrate legally. For this policy to work, it must be advertised, in multiple languages, not only in Calais, but also in Lampedusa, Melilla, Ceuta, Syria, Afghanistan, Somalia, Eritrea, Vietnam and anywhere that illegal immigrants come from.

If the UK wants to consider itself a just and civil society, it should be working to close down the people smugglers, to destroy their businesses and to block their trading routes. But the UK can only do this with zero tolerance of illegal immigration, loud and clear advertising of this stance and information about how to immigrate legally to the UK.

Alternatively, if the UK wants to help 4000 genuine refugees, then why not follow David Cameron’s example and fly immigrants in from the worlds many refugee camps. Offering education and healthcare to some of the families still living in camps in Kenya, and Somalia, Jordon, Turkey or Pakistan would make a huge difference to the families involved as well as helping ever so slightly the countries that have been housing these massive camps for years or even decades.

Catherine McBride is an economist who contributes regularly to BfB.