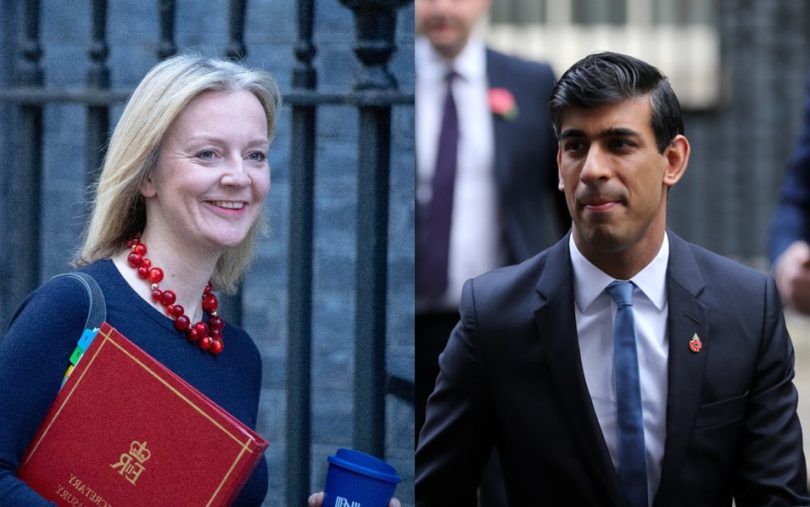 Major-General Thompson introduces the tests which the Veterans for Britain (VfB) organisation believes should be applied in choosing the next leader of the Tory party. He urges all with the power to select the next Prime Minister to apply these Tests and invites them to come to the same conclusion that VfB have reached, i.e. that Liz Truss is the best choice.

Major-General Julian Thompson RM, Chairman of the Board of Veterans for Britain

Like all citizens, the Members of the Board of Veterans for Britain have been closely watching the rapidly evolving picture around the contest for Boris Johnson’s successor. Unlike civilians, we are professionally rather more used, perhaps, to sniffing out misdirections, feints, deceptions which in Russian are known as maskirovka, because these are the normal currency of armed conflict. The great Chinese strategist of the 5th century BC, Sun Tsu, rightly placed a high premium on what nowadays are called “psychological operations”. Clausewitz is famous for having said that war is the continuation of politics by other means. But it cuts both ways. There are clear elements of war in the conduct of politics and especially in a knock-out contest for leadership.

To avoid being misled by such devices involves looking very carefully at what people do rather than what they say; and at what company they keep. It also recognizes that there is great potential danger in relying on personal impressions or in allowing oneself to be swayed primarily by rhetoric. Accordingly, we devised a series of positive and negative tests which we invited our fellow citizens to employ as an aid in choosing which candidates were likely to defend the decision to leave the EU and which were, whatever they might say, likely to follow the ‘rejoiner’ pathway. We did not all agree on the exact ranking when the field was large; and so we did not make any endorsements at that time.  However, we are now down to two candidates and we have a duty to express our view.  We have therefore slightly revised our Tests, removing one or two now no longer so directly relevant and sharpening others.

Brexit is still under daily attack by Rejoiners. It is misdirection by rejoiners to suggest that this is not so; and on our Tests we do not believe that Mr Sunak would make Brexit irrevocable. We would also point to the great cloud of Rejoiners who are pushing his candidature. Even Tony Blair has endorsed him. On the other hand the Foreign Secretary is the clear choice of the ‘Spartans’ who voted against Mrs. May’s BRINO deal every time that it was presented, and of Lord Frost; and we note her track record on material actions to make Brexit irrevocable, most importantly at present, disarming the weaponised Northern Ireland Protocol. Accordingly we urge all with the power to select the next Prime Minister to apply these Tests and invite them to come to the same conclusion that we have reached and not to fall into the trap of a ‘Johnson write-in’ which will only serve Mr. Sunak.

Here are our revised tests, our reasoning and our conclusion.

The Mission of Veterans for Britain is to advise on all ways to enhance the recovered full sovereignty of the United Kingdom and to warn of threats to it. The Board consists principally of senior commanders who have served the country in harm’s way. Members are drawn from the Armed Forces family.

Since 2016, and especially since 2019, Veterans for Britain have been dismayed by the disloyal refusal of influential Remainers who have become Rejoiners to accept the will of the people to leave the EU, and by the inability of governments to this day to complete irrevocably the mission of ‘getting Brexit done’.  Whoever becomes the next Prime Minister must be fully committed to this, starting with neutralisation by the Truss Bill of the weaponised Northern Ireland Protocol which the EU uses as a means to control us still. We judge the risk of sabotage of Brexit to be high if the Rejoiners gain access to power in any way.

The next Prime Minister must also, in our judgement, demonstrate a clear ability to distinguish between our friends and our enemies around the world at a moment of acute geo-political importance. We are Europe’s leading power today, and as a seapower state have been one of the world’s leading powers for 300 years. Nothing much has changed. But we need to rearm.

Now that Mr. Sunak and Ms. Truss have reached the final stage in the contest we have applied to these candidatures a list of positive and negative tests, revised and enhanced from that which we earlier published.

The Veterans for Britain Tests

Our Positive tests are;

(1) Rejection of the pernicious ‘declinism’ evident in Whitehall, which exhibits ‘learned helplessness’ and institutional capture in all relations with the EU

(2) Completion of irrevocable severance from the EU in all areas. In the defence and security areas, rebuffing of ‘declinist’ civil service pressures to join/align with the EU Defence Union (PESCO, ‘Strategic Compass’ etc)

(4) Rejection of malignantly biased ‘woke’ reinterpretations of our history

(5) Consistency in support of the cause of freedom in Ukraine;

(6) Preparedness to reinforce deterrence of Communist China and

(8) Restoration of energy security by suspension of the ‘net zero’ agenda for now and return to firm power first on the chronically fragile Grid that has been poisoned by thermodynamically incompetent and very expensive ‘green’ fuels under coerced political forcing in the ‘renewables’ excursion. This is now an urgent and mandatory national security imperative

Negative tests which disqualify any candidate are

(1) any association whatsoever with Tony Blair’s Rejoiner project or the Davos globalisation agenda;

(3) being backed by Rejoiners in this campaign or

(4) employing any staff associated with the rejoiner cause.

It is clear to us that, at this moment, Ms Truss passes nearly all these tests and Mr Sunak many fewer, if any.

The defence of the realm is the first duty of government and accordingly, on security criteria writ large, the Board of Veterans for Britain endorses the candidature of Rt Hon Elizabeth Truss MP, the Foreign Secretary.

We also urge Conservative Party members attempting to insert the outgoing Prime Minister onto the ballot to desist. That is to play the rejoiner game by risking a split in the Foreign Secretary’s vote. Everyone needs to move on.