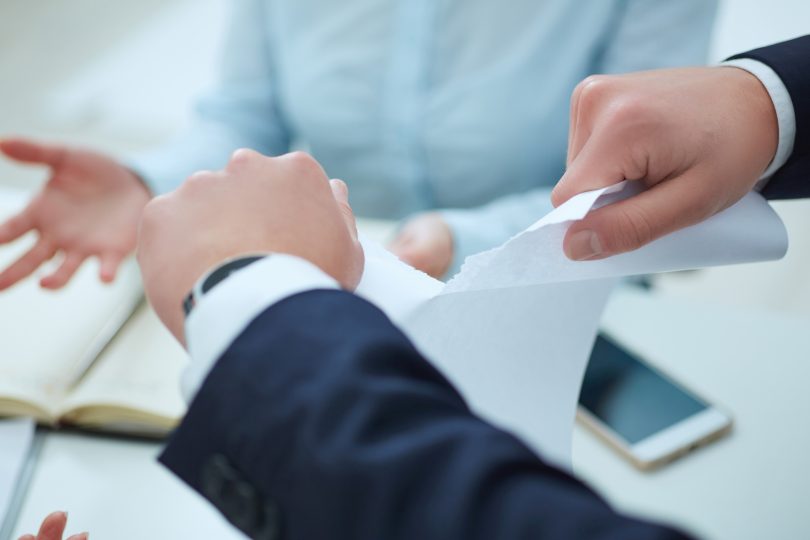 The government’s threats to tear up the Northern Ireland Protocol have provoked strong pushback from the EU. Some have mooted the prospect of sanctions under the Trade and Co-operation Agreement, or even tearing up that entire treaty completely. What is the legal position, and how likely is the EU likely to act?

Readers will hardly have missed the recent controversy over the Northern Ireland Protocol.  A range of EU responses have been mooted or threatened.  These include sectoral tariffs, suspending co-operation in certain programmes, and terminating the Withdrawal Agreement or Trade and Co-operation Agreements entirely.  How do these work, and which are credible?

To a large extent it depends on what the government does.  It could either use the more limited option of Article 16, or opt for a more substantial repudiation of elements of the Protocol by acting unilaterally, essentially outside the treaty.  For a more in-depth summary, see the various House of Commons Briefing papers.

Precedent suggests that the bar for triggering Article 16 is low – the EU invoked it January 2021 in the face of a purely hypothetical danger that Northern Ireland would be used to bypass bloc-wide vaccine export prohibitions.  By contrast, the permanent breakdown of the NI Executive, caused by the DUP refusing to enter government while the Protocol persists in current form, clearly amounts to a much more serious difficulty.  And all this is despite the fact that the Protocol has not even been fully implemented.  The “appropriate safeguard measures”, therefore, could be correspondingly wide-ranging.

The main obligations the EU incurs under the Protocol (compared with under its other treaties with the UK) are facilitating Northern Ireland’s market access to the Single Market and an open border with Ireland.  On an objective view, the primary scope of the EU’s proportionate rebalancing measures would mean reducing that access by a proportionate degree.  Of course, the EU doesn’t want to do this, because reducing Northern Irish access to the Single Market might entail setting up border checkpoints or imposing customs duties and checks on goods coming from Northern Ireland to the Republic of Ireland.  But this is frankly irrelevant: what matters is what the text of the treaty actually says.  After all, the EU isn’t compelled to take rebalancing measures: it may choose to impose checks, but that would be a choice.

Having said that, Article 16 has its disadvantages.  It doesn’t encompass abandoning the Protocol altogether.  Indeed, it obliges the invoking party to minimise the disruption such measures create, and to try and uphold the Protocol as far as possible.  Measures under the Protocol would be subject to a one-month implementation delay after Article 16 was triggered.  And though Article 16 doesn’t provide explicitly for measures to go to arbitration, any dispute would (presumptively) come under Articles 167–181 of the Withdrawal Agreement.  If the government were to lose an arbitration, and persist with the measures anyway, that might appear hypocritical compared to simply unilaterally breaching the treaty.  That would then open the way for the EU to use the ordinary cross-retaliation measures for a breach of the Withdrawal Agreement (see below) if the UK refused to comply with the arbitration ruling.  Despite this, preventing diversion of trade, or resolving the stasis in the Northern Irish Assembly, would (defensibly) allow fairly robust measures from the UK, all within the legal framework of the Protocol and the broader Withdrawal Agreement.

Suspension/Termination of the Trade and Co-operation Agreement (TCA)

Let’s suppose that EU leaders are particularly happy with the above analysis and want to punish Britain for invoking Article 16 anyway.  Let’s also suppose that they don’t want merely to confine their sanctions to Protocol obligations.  There are several options.  The default is for the EU to refer the dispute to arbitration (Withdrawal Agreement Article 170) and then wait for the result, only acting if the UK refuses to comply with the ruling.  (Compare TCA 749(4)).  If the panel ruled in its favour and the UK refused to comply, then the EU would be allowed to impose sanctions either under the WA or the TCA (see again TCA 749(4)).  For the EU to act pre-emptively, however, would itself breach the treaty – and such an arbitration process could take months.  Moreover, any (eventual) retaliation measures would have to be proportionate to the breach (WA 178(2)) and the importance of the right concerned.  So, in summary, any legal action would mean waiting for the dispute to go to arbitration, and not immediate suspension.

That leaves more drastic options.  The Trade and Co-operation has various termination provisions in its separate parts – so that one side can terminate at will the parts concerning road haulage, for instance.  The European Commission has been empowered by the Council to take decisions concerning termination of the differing chapters (among other things).  It is therefore possible that the EU could give termination notices for elements of the TCA fairly quickly.  However, these termination provisions involve long adjustment periods – nine months is standard from notice to implementation.  They also terminate the whole of a chunk of the agreement for either side – meaning the EU would lose out as well.  Termination would also be permanent, leaving the dropped chapters to be negotiated from scratch.  Finally, it would risk a chain reaction, whereby the UK then terminates elements favourable to the EU.  As such, employing these provisions is to wield a blunt instrument, which hurts you as well as your opposite number.

What the EU probably can’t do very easily is terminate the whole agreement.  There is indeed a termination provision in the TCA (Article 779) – again, exercisable at twelve months’ notice.  However, the European Commission has not been empowered to exercise it, and it would require the Council (at least) to agree.  The Treaty on the Functioning of the European Union is silent about requirements for terminating international agreements – ratifying the TCA required unanimity on the Council (under TFEU Art. 218(8)), however, so full suspension would probably also need the same.  That might even extend to EU Parliamentary approval, which was necessary for the TCA’s ratification.  Termination would be a radical step, and it is unlikely that every EU nation would agree.

The above analysis assumes that the government uses Article 16.  Yet it could, alternatively, refuse to apply elements of the Protocol without invoking Article 16.  That would seem to breach its treaty obligations under the Withdrawal Agreement.  In that event, the EU would be entitled to invoke dispute resolution procedures under the Withdrawal Agreement, which, unlike Article 16 of the Protocol, allows for proportionate cross-retaliation.  TCA Art. 749(4) allows for the EU to address breaches of the Withdrawal Agreement with retaliation under certain sections of the TCA – so suspensions in fields like fishing, customs check etc could be lawful.  In other respects, however, matters would unfold as outlined above.  Full suspension, or partial termination of the TCA are possible but unlikely.  Moreover, the criterion of proportionate responsiveness again limits what the EU could (legally) do in the event of a breach by the UK, and when and how it could so it.

The main difference, as suggested, would be that lower-level EU retaliation would seem to be on much firmer legal ground.  The EU would be more likely to win at an arbitration, as the UK would be more obviously breaching its treaty commitments.  With that said the government could argue that the EU is already in breach of its obligation to make best endeavours to preserve the UK internal market (see Protocol Article 6(2)), given the EU’s manifest failure to engage with UK command paper proposals in July and advancement of alternatives which would actually increase the frequency and difficulty of checks in some areas.  As such, the UK is doing no more than responding to the EU’s failure with measures of its own, justifying the UK’s own breach.

A justification based on internal disruption caused by the Protocol is probably weaker.  Firstly, the treaty already provides for what happens in case of disruption under Article 16.  Secondly, it would amount to the UK pleading necessity as a reason for not performing its obligations, which would open the way for the EU to suspend its own obligations.

When all is said and done, the Protocol is part of a treaty between two sovereign entities (or quasi-sovereign in the EU case).  It is open to the UK to repudiate elements of it, and to the EU to respond.  Such are the prerogatives of sovereignty.  Hand-wringing about breaches of international law from the British press are essentially moral rather than legal arguments.  While respecting international law is important, that respect has limits – it may be trumped by more pressing domestic concerns.  One could invoke more pressing moral arguments against the Protocol: it compromises UK sovereignty, makes power-sharing impossible in Northern Ireland and is self-contradictory and incoherent.  It was also (essentially) imposed on the UK from a position of EU strength after the EU partially manoeuvred the UK into a disadvantageous negotiating position.  That balance of power has since changed.

These considerations make it unlikely that the UK’s reputation for reliability will be seriously damaged when negotiating with others – especially given that its standing has been boosted over its comparatively strong stance on Ukraine.  As a result, while a unilateral repudiation makes EU retaliation legally easier, it may nonetheless be the preferable option for the UK government.

Whatever the UK does, the EU is bound to follow the dispute resolution procedures outlined in the agreements, which means waiting for arbitration between the parties to be resolved before acting.  If it does not, it breaches the treaties itself.  It does have the power, if it chooses, to suspend or terminate parts of the TCA or even the whole treaty.  But to do this would injure itself as much as, or more than, the UK.  Taken as a whole, this scenario is at odds with the prospect of immediate, unilateral action from Brussels.  That does not mean that it will not materialise – but merely that it would be legally dubious.