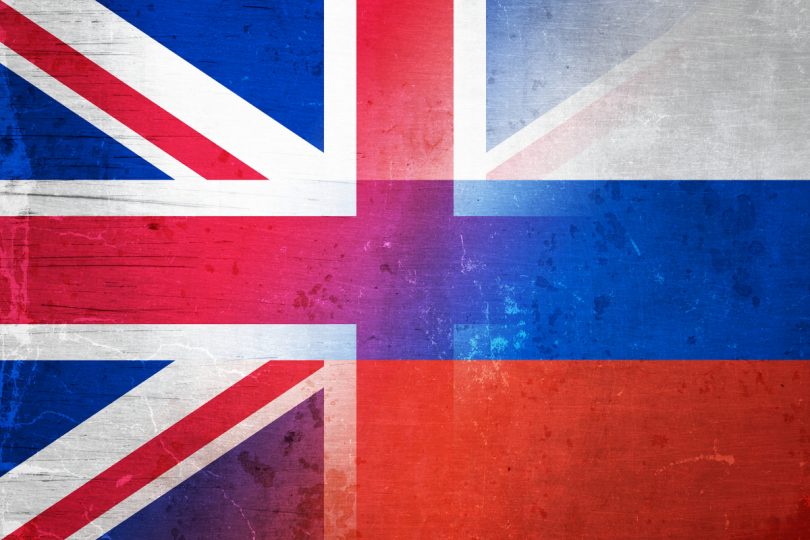 Former diplomat Nick Busvine examines the ISC Russia report. He argues that it must be right to ask questions if there are concerns about covert Russian – or indeed any hostile foreign – interference in our democratic process. He worries that Remain assumptions underpinning the ISC inquiry have undermined the report’s impact and will have weakened the chances of some of the report’s sensible recommendations being implemented

The recently published Intelligence and Security Committee (ISC) Report on Russia makes for interesting reading.  It is always a good idea to ask whether improper or undue influence is being exerted on our democratic process – whether by foreign states or wealthy private interests or, in the case of Russia, a possible combination of the two.  The best way to counter any form of covert information operation is to shine a public spotlight on it.  In that sense, the ISC report is wholly welcome.

The fact that the ISC inquiry was conducted under the chairmanship of ultra-Remainer Dominic Grieve and the subsequent delay in publishing the report’s findings prompted all sorts of speculation that it would produce evidence of decisive Russian interference in the 2016 referendum.   In the event, there were no explosive Brexit referendum revelations.  The likelihood now is that disappointed Remainers and relieved Brexiteers will move on to the next Brexit battleground and, in doing so, lose sight of a number of valuable observations and recommendations contained in the report.

I have yet to meet a Brexiteer who felt in any way influenced by some form of covert Russian information operation in 2016.  Leave voters find the suggestion not just patronising, but deeply offensive.  Ah, say the Remain advocates of the hidden Russian Brexit campaign, ‘you were bombarded with misleading, micro-targeted social media campaign material which was either designed in Moscow or funded by the Russian intelligence services.’  Personally, I can’t remember receiving any such material, though maybe I was not part of the target audience for these super-refined propaganda shots.  Given the extraordinary sensitivity around opinions and views that circulate on social media – not least in relation to Brexit – and the amount of analysis of that material by all sorts of individuals and groups, one would have thought that if there had been some form of highly orchestrated Russian messaging campaign, we would have seen evidence for it by now on the basis of properly conducted open source research and data analysis.  That said, as a firm advocate of transparency, I welcome the recommendation in the report that all political adverts on social media should contain a reference to who paid for them [see para. 38].

In the immediate aftermath of the report’s publication, the Remainer argument swiftly morphed into a suggestion that the truth is out there, if only the authorities can be bothered to look for it.  In para. 44 of the report we are told: ‘The written evidence provided to us appeared to suggest that HMG had not seen or sought evidence of successful interference in UK democratic processes or any activity that has had a material impact on an election, for example influencing results.’

But there are strong hints that HMG agencies have indeed looked at this carefully – and continue to do so.  For example, para. 30 of the report states: ‘In terms of the direct threat to elections, we have been informed that the mechanics of the UK’s voting system are deemed largely sound: the use of a highly dispersed paper-based voting and counting system makes any significant interference difficult, and we understand that GCHQ has undertaken a great deal of work to help ensure that the online voter registration system is safe. Nonetheless, GCHQ informed us that “*** [NB: * denotes a redaction for security reasons]”, and the Deputy National Security Adviser noted that “there is a lot of work going on [in relation to electoral mechanics] to map the end-to-end processes … *** and to make sure where we can we are mitigating the risks there”. This was reflected in the Joint Intelligence Committee (JIC) judgement in May 2017 that “the UK paper-based voting process is protected from cyber operations but ***”. ***. The Committee will expect an update on this in six months.’

It is also encouraging to note that the UK’s intelligence agencies gave every impression of not wanting to be drawn into an investigation that might be seen as prejudicial to their duty to maintain strict political impartiality and respect for our democratic process.  At para. 31 the report states that ‘The UK is clearly a target for Russia’s disinformation campaigns and political influence operations and must therefore equip itself to counter such efforts’, before going on to complain that ‘The Agencies have emphasised that they see their role in this as providing secret intelligence as context for other organisations, as part of a wider HMG response: they do not view themselves as holding primary responsibility for the active defence of the UK’s democratic processes from hostile foreign interference, and indeed during the course of our Inquiry appeared determined to distance themselves from any suggestion that they might have a prominent role in relation to the democratic process itself, noting the caution which had to be applied in relation to intrusive powers in the context of a democratic process.’

It is not, in any event, correct to suggest that there has been a failure on the part of the authorities to investigate allegations of abuse of electoral process by Leave supporters.  The Electoral Commission instigated a number of investigations into Brexit (but not Remain) referendum funding, including a high-profile case looking into possible Russian funding of the Leave campaign via the businessman Arron Banks.  The National Crime Agency (NCA) found that there was no case to answer and, in April 2020, the Electoral Commission finally issued a joint statement with Banks, accepting the NCA’s conclusions that it ‘had not received any evidence to suggest that Mr. Banks or his companies received funding from any third party to fund the loans, or that he acted as an agent on behalf of a third party.’

The lack of faith on the part of the Remainer ‘undead’ in our democratic system is profoundly concerning.  If we are worried about the subversion of our right to hold politicians to account and have a say on how we are governed, perhaps we should be looking closer to home than Moscow.  After all, it wasn’t just the 2016 referendum that saw the Leave cause prevail; the EU and General elections last year were both decisive.  Were the Russians manipulating those outcomes as well?

I am completely comfortable with the appropriate HMG agencies keeping a weather eye on any attempt by the Russians to interfere with our democratic process.   The same scrutiny should apply to any other foreign power seeking to do the same, Brussels included.  The report was right to highlight the risk of attempts to suborn politicians or officials. The vulnerability of MPs and members of the House of Lords to nakedly improper consultancy arrangements has been well documented in the media.  Even Malcom Rifkind, a former Chair of the ISC, was caught out in 2015 offering access in return for cash from a fictitious Chinese company.

The ISC is absolutely right to draw attention [para. 54 of the report] to the fact that under current arrangements, while MPs are required to declare any payments over £100 for any employment outside the House, members of the House of Lords are not.  This is clearly worrying and should be urgently addressed.  The ISC is also right to recommend that the UK should introduce arrangements similar to the US Foreign Agents Registration Act (FARA) [see paras. 54, 114 and 115].  The ISC report notes that ‘The US, in 1938, introduced the US Foreign Agents Registration Act (FARA), which requires anyone other than accredited diplomats – including both US and non-US citizens – who represents the interests of foreign powers in a “political or quasi-political capacity” to register with the Department of Justice, disclosing their relationship with the foreign government and information about related activities and finances. Additionally, US legislation requires agents, other than diplomats, performing non-political activities under the control of foreign governments or foreign officials, to notify the Attorney General (registration under FARA serves as the requisite notification). Anyone who should have registered but who has not done so can be prosecuted and, in the case of non-US citizens, deported.’  If legislation of this kind were in place, HMG law enforcement and intelligence agencies would – as the ISC report suggests – be in a much better position to mount meaningful investigations.

The ISC was also right to draw attention to the London ‘laundromat’ and to the investment of  illicit Russian funds in ‘extending patronage and building influence across a wide sphere of the British establishment – PR firms, charities, political interests, academia and cultural institutions’ [para. 50].  But the problem goes wider than Russia.  As a Brexiteer I would like, for example, to have a much clearer understanding of the legitimacy of sources – as well as the use – of funding for the Remain campaign, which outspent Leave by some considerable margin.  At the very least, we should have much more transparency here too.

More generally, the line between a properly and an improperly constituted financing deal (such as the facilitation of money laundering) can be a fine one.   At least the ISC has tried to ask the question about easy money from dubious private sources.  Too often, private sector entities deliberately avoid doing so.  The temptation to take the money is incredibly strong.  I have lost count of the number of senior businessmen and lawyers who have told me over the years that they or their clients are simply unwilling to conduct meaningful due diligence on the legitimacy of origins of wealth of an individual or entity from a corrupt or opaque or otherwise high risk jurisdiction.  Some will even admit privately that the fear is that asking too many questions will risk losing the cash.  Ignorance, by contrast, is bliss – at least until you get caught out.  As lawyers should understand rather better than the rest of us, ignorance in such circumstances is no defence under the law.

Mr Nick Busvine OBE is formerly of the Foreign and Commonwealth Office, recently mayor of Sevenoaks, and is a partner at Herminius a Corporate Advisory firm