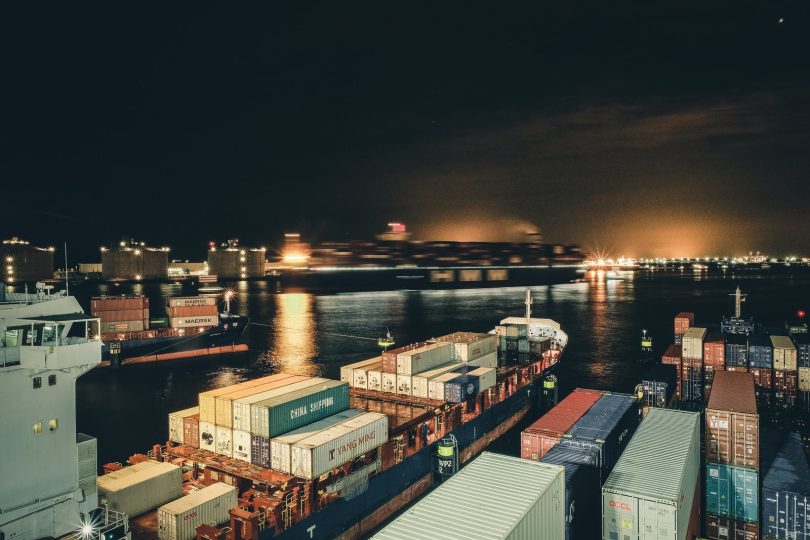 With the UK Australia trade deal, the UK Government missed an opportunity to show the world, and the EU, that the UK is an independent nation whose markets are open. The tariff free quotas offered to Australian beef and sheep farmers are a fraction of UK imports and are not large enough to benefit UK consumers but as now, will mainly be used to supply restaurants and hotels. But no doubt Irish farmers will be celebrating this evening.

Consumers in Australia will be rejoicing by opening another bottle of Scotch and flicking through the latest Jaguar catalogue, knowing that under the UK Australia Trade agreement they will be saving thousands of dollars as their government will be dropping the 5% tariffs that it applies to all UK imported goods. Meanwhile, UK consumers will have to consul themselves with a paltry 50p a year saving. On what? a packet of Tam-tams and a bag of rice?

According to the UK government press release, the 67 million UK consumers will be saving a paltry £34 million a year from this trade deal. Yes, that’s right: only 50.7 pence each a year. Why? Because the UK government is still being brow beaten by the National Farmers Union who are still dreaming of re-joining the EU.

In the UK Australia trade deal (for want of a better term) the UK Government has limited the total amount of tariff free Australian beef imports to a mere 35,000 tonnes even though the UK imported 242,000 tonnes of beef in 2020 according to TradeMap (but over 300,000 tonnes in 2019 if you believe Defra). Either way it makes the Australian deal look pathetic. The duty-free sheep meat quota of only 25,000 tonnes is even worse considering that the UK already imports 60,000 to 80,000 tonnes of lamb under EU regulations.

This seems to be what the UK government has failed to understand. The tariffs charged on Australian beef, which range from 12% plus £147/100kg for a carcass to 12% plus £253/100kg for a boneless cut, go to the UK Government now, not to the EU as 80% of import tariffs did when the UK was a member. So, keeping this quota so small, means that the UK government is continuing to hurt UK consumers by either limiting their purchasing choices or by charging them a massive amount if they dare to buy too much Australian beef instead of unlimited quantities of un-tariffed Irish beef.

The UK Government is doing this under the guise of protecting UK farmers – but while UK dairy farmers need no such protection – UK beef farmers can’t fill domestic demand now, even though they are heavily subsidised by taxpayers. So, the Government is keeping inefficient UK farmers going as well as restricting the choices offered to UK consumers. Why would our government do this?

The whole point of trade is to buy things from more efficient producers. The entire UK economy would benefit if its citizens could buy food for a lower price – as we do now with imported steel, imported electricity, imported clothes, imported shoes, and imported electrical goods. But it is obvious from the Government press release that the UK government really does not understand this. The Government is only interested in Australian trade as a way of increasing employment in the UK and as a way of getting access to the Transpacific Markets – where they are no doubt dreaming of selling even more products. But why would the nations of the Pacific bother letting the UK join their club, when the UK has become a mercantilist and is only interested in selling things not buying things in return? After 47 years in the EU, it would appear that the UK has forgotten the benefits of free trade.

The trade deal with Australia was meant to be the UK’s big chance to show the EU and the rest of the World that it is an independent nation, instead they have blown it. Instead, it is Irish beef farmers who will be rejoicing tonight, they will continue to supply the UK market because the NFU and its supporters are incapable of producing enough beef to meet UK consumer demands. Let’s hope that the UK government has at least had the gumption to drop the EU’s ridiculous SPS regulations but from what has been announced so far – I doubt it.

Some people have claimed that as Australia is busy feeding China, it doesn’t have the spare capacity to supply the UK with unlimited quantities of beef. This is true. It takes years to build up a beef herd. While part of the EU, Australian beef imports were limited to a dedicated quota of only 7,150 tonnes with in-quota tariffs of 20%. So, it only made economic sense to import the most expensive cuts of beef, and this meat went to the UK restaurant and hotel market. Without these restrictions, Australia would need to divert trade from China to supply UK butchers and supermarkets.

But Australia’s inability to provide the UK with unlimited amounts of beef, is precisely why the UK had nothing to lose by granting Australia the same terms that they have granted the Irish. It puts the writing on the wall for the EU. It shows the EU that the UK has options and to stop mucking about with the Irish border or trying to annex Northern Ireland. Trade deals are political showmanship and can have little to do with actual trade which is determined by consumers and retailers.