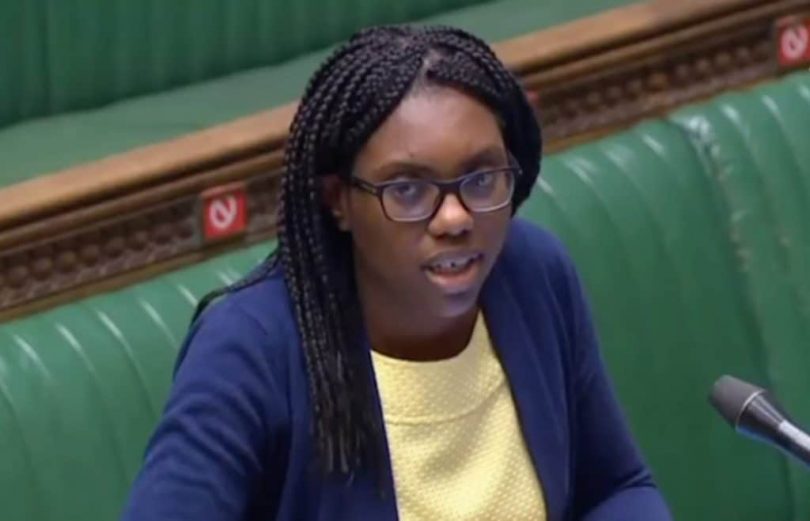 There is no new formula for political success: now as always it is energy, intelligence, honesty and courage.  Of the candidates now being considered by the Conservative Party, there is widespread agreement outside the ranks of MPs that one stands out.

Whoever is chosen to lead the Conservative party will be plunged into a rarely equalled storm of problems needing rapid and decisive action, which demands freshness of mind, boundless energy, and courage – the attributes of youth.  Too many leading politicians seem exhausted by office.  As a historically minded colleague said to me today, we may be faced with an opportunistic Fox-North Coalition of Dominic Cummings and Rishi Sunak – not a combination to rally a nation grown cynical.  The Fox-North Coalition was defeated by the youthful William Pitt.  Today’s Pitt will probably be a woman.

Her task would be truly formidable.  Inflation and its damaging effects have to be reined in, despite the threat of a summer of strikes.  How can we manage our public debt while not stifling the economy?  Only by increasing productivity by investment and managing debt by growth.  Simultaneously, the Eurozone looks as though it is heading into another financial crisis that may hit us too, and all the more if we do not protect ourselves from its shock waves – something we have done far too slowly since 2016.  We urgently need a coherent economic and financial strategy that the country can understand.

The war in Ukraine may be nearing its denouement, while the major Continental powers do too little too late.  The war won’t go away while we talk about tax rates.  How far shall we and must we go in trying to defeat Russian aggression and deter Xi from imitating Putin in Asia?  How quickly can we reduce our ties with a dangerous and unscrupulous Chinese Communist Party?  We still dither about selling vital strategic companies to the Chinese.

As urgent as any of these dangers, and arguably in the medium term more fundamental, is the slow but accelerating car-crash of our energy non-policy, in which fairy tales of cheap green energy have given way to the reality of growing dependence on expensive imported gas and de-industrialization.  We need immediate action to exploit our own energy resources and avoid devastating shortages.

Many of these dangers have been aggravated by past decisions to follow a whole variety of orthodoxies, and by slowness to realize that the world has changed.  Boldness and decisiveness are now the only prudent options: in energy policy, fiscal policy, financial policy, defence policy, and policy towards the EU.  We ordinary voters have no option but to rely on MPs to assess who are the most capable candidates, those with the intelligence, steeliness, principle and technical grasp to steer us through.

All this is rightly the subject of lively discussion, and much of it is common ground.  So I would like to suggest two underlying principles that might help to distinguish between candidates.

One principle that must be applied is to make Brexit work.  The future of the United Kingdom and its very existence depend on this.  It means cutting the Gordian knot of Northern Ireland and untangling the scarcely less constraining legacy of over-regulation.  The departing government has a list of what needs to be done, but it has procrastinated.  We need to take all available precautions to minimize damage to us if and when the Eurozone hits the buffers.  And we need to move faster towards diversifying our trade.  Why on earth, when we are hit by food inflation, are we keeping tariffs on non-EU food that we cannot grow ourselves?  For all these reasons, and for weighty political reasons too, the new PM must be a genuine and convinced Brexiteer.

A second less obvious principle concerns the ‘culture wars’.  The problems and dangers we are facing require a foundation of unity, solidarity and trust.  Every democracy needs this foundation to function properly.  Ours has been weakened dangerously.  We evidently need a much better example of trustworthiness from the summit of government.  We also need determined action to ward off the nihilistic damage being done by attacks on our national culture and history.  This is more than just the preoccupation of academics and intellectuals.  Many young people have been taught, and many children are still being taught, that this country’s past was characterized by slavery, rapacity and racism, and that this makes us still today a racist society.  This caricature is imported wholesale from America (as in other English-speaking countries), but it has been taken up opportunistically by lobbies in Britain eager to claim victimhood.  Much of this is a power game.  It seems to have been aggravated by pique about Brexit.  We see from the sad example of the United States where culture wars can lead.

Whatever the explanation, this dogmatism has made inroads into schools, universities, leading cultural institutions, and even the civil service, which clearly requires reform.  This long march through the institutions needs to be halted and reversed, and that will need steady persistence.  Academic freedom, our first line of defence, needs to be firmly defended by carrying through the Higher Education (Freedom of Speech) Bill, and removing the perverse effects of the Online Safety Bill.

In conclusion: the next Prime Minister needs to be a true Brexiteer with a strong sense of the identity of Britain and the need to defend freedom.  No doubt all will lay claim to these characteristics.  One who has never wavered on the former, and has taken a consistently brave stand on the latter is Kemi Badenoch.  William Pitt had to apologize for his youth and relative inexperience: ‘a crime I can neither palliate nor deny’.  In our present circumstances, a new generation of leaders is to be welcomed.

An edited version of this article was published by The Spectator Coffee House.