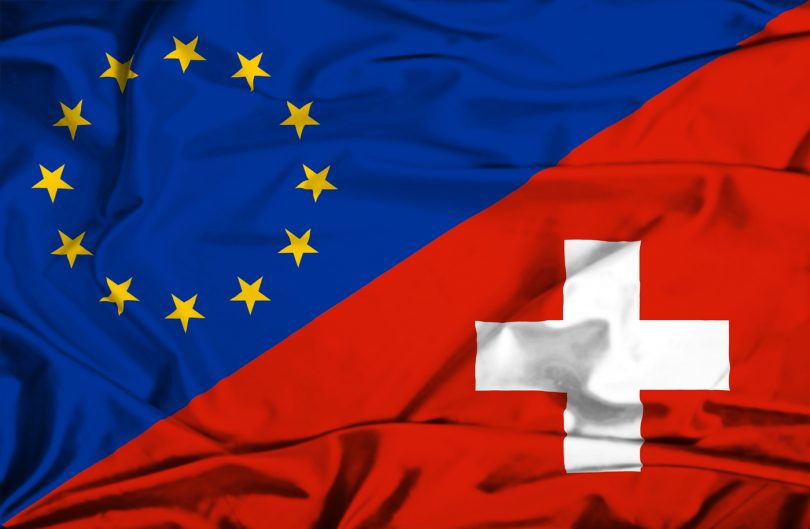 Tuesday this week saw a further cat and mouse ploy against the Swiss by the EU. Anyone thinking of drawing up a deal with the keepers of the Gordion knot in Brussels should consult the Swiss. I do most days of the week and their advice is straightforward – don’t.

Since 2014, Bern and Brussels have been trying to ‘formalise’ their relations, currently covered by around 120 separate bilateral accords negotiated since a 1992 referendum in Switzerland rejected joining the European Economic Area. These are founded on the original arrangements negotiated by Ambassador Paul Jolles, a brilliant Swiss diplomat, one of his country’s great men, and designed to make it impossible for the EC in those days to link parts of the deals to apply pressure. Paul Jolles had a team of the brightest young Swiss ambassadors, known as the Basel Mafia. One, not even forty, was Arthur Dunkel who eventually as Director-General of the GATT, when nobody could agree, wrote the Dunkel Draft which became the World Trade Organisation. Another was Paul’s successor, Franz Blankart. Today the EU are demanding that the Swiss sign up to a framework agreement, intended to achieve exactly what Paul and his brilliant young team avoided in 1973.

Mr Junker has said he is ready to clarify any doubts Switzerland may have about a future institutional framework deal with the EU. But he insists that the draft treaty would not be renegotiated and that clarifications should come quickly.

Michael Ambuehl, former State-Secretary of the Foreign Office in Bern, was asked for his advice by the Federal Council (Switzerland’s seven minister collegiate cabinet) – Michael had negotiated the Swiss arrangements with the Schengen Agreement counties, which the Federal Council regard as the last one with the EU that was successful. His advice was not to concede but negotiate further. There had to be a willingness on both sides to reach an agreement and it was not yet there.

The government’s decision to demand clarifications mostly met with approval among the political parties. Only the Swiss People’s Party (SVP) called it a partial success. They said that the fact that the deal had not been signed was down to pressure from their party. The SVP still had a problem with automatically taking on EU laws and verdicts and called on the government to reject the framework deal as it “massively affected” Swiss independence, direct democracy and standard of living.

The Swiss business federation, Economie Suisse, welcomed the government’s support for the bilateral path, which had the highest priority for the Swiss economy, as well as the move towards a quick conclusion of outstanding issues. Sounds like the CBI?

The Trade Union Federation and Travail Suisse added that they were pleased that the government had not capitulated on the wage and work protection issues.

The Swiss government has come out against an SVP proposal to end free movement of people between Switzerland and the EU. This initiative, launched by the Swiss People’s Party and the Campaign for an Independent and Neutral Switzerland group, says Switzerland should be able to regulate foreign immigration autonomously. It seeks to ban any new treaty or obligation under international law that would grant free movement to foreign nationals. It states that existing treaties cannot be amended benefiting foreigners.

The government reiterated that a yes to the initiative would result in a “Swiss Brexit” and put jobs at risk.

On Tuesday (204th anniversary of Waterloo for Brits) Martin Selmayr and his team at the EU Commission put further pressure on the Swiss. Six months ago the EU had bullied the Swiss by only extending the equivalence license of the Swiss borse [stock exchange] for six months. The period ends this month. No further extension has been offered. Press reports in The Times suggest that this action is also meant as a warning to the British. Perhaps, but the EU Commission’s insensitivity to Swiss direct democracy has been a long-running sore. A few years ago the EU Representative in Switzerland was an Austrian, a very likeable fellow pursuing a hard Brussels line. I talked it over with him one evening. It’s the foundation of their country, how they beat your empire seven-hundred years ago. He took the point. A few months later we went to his farewell party. We thought he would stay longer. ‘I’d like to,’ he confessed,’ but in Brussels they think I’ve become too Swiss.’

The Swiss are a resourceful people and their government will have options – the nuclear option is to close the Swiss borders to EU truck and rail freight traffic. More likely, they might try tit for tat, bar EU companies from raising funds on the Swiss market. That would cause many companies in Germany severe difficulties. Watch this space.

This latest aggressive, indeed bullying, move by the EU is exactly the kind of hostility that the Swiss have had to put up with, on and off, since 1973. The pressure is greater now because the Germans fear the whole Eurozone card house may collapse. I go back to the wisdom I hear every day: If you don’t need any agreements with the EU, don’t sign any – and strictly speaking we have ours already, because if Mrs May’s extension of Article 50 expires on the 31 October, we don’t need another. Nor does Parliament have to do anything further. Our new Prime needs only sign a piece of paper for HMG’s records and history, confirming we’ve left.

One last thing, our new Prime Minister should pay a visit to Bern before he goes anywhere near Brussels or Berlin.

Should you see him, he’s welcome to our phone number!

Adrian Hill is former head of the Commercial Department at the British Embassy to South Korea, and a former British Army Officer.