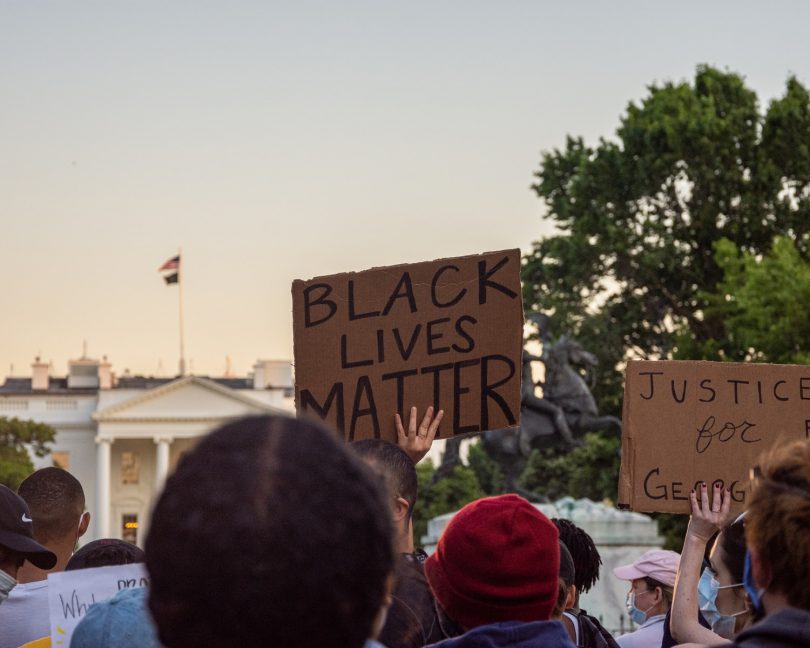 The increasingly acrimonious debate about whether we should or should not adhere more closely to the woke agenda risks not only inflaming rather than easing tensions, but also undermining the quality of public and private sector organisational decision-making

No sensible person in this country wants anything other than a fair society that offers an equal opportunity to all.  The ideology of woke – based on deliberately fostering a sense of grievance and division within society – is destructive rather than constructive and, as such, cannot be the way to go.  Surely, that much is blindingly obvious?  Maybe not.  The horrified response from those with a vested interest in woke grievance culture to the publication of the report of the Sewell Commission on Race and Ethnic Disparities has been a sight to behold.  Over the past year, both the National Trust and the British Library have launched one-sided initiatives to damn the whole of contemporary British society by linking it directly to colonialism and slavery.  With a complete lack of self-awareness, Prince Harry and Meghan Markle have sought to portray the UK as a bastion of racism and prejudice from a palatial mansion paid for by their supposed oppressors.  Now, the Pimlico Academy has agreed not to fly the Union flag on the grounds that it causes offence to black and Muslim students.  And so it goes on.

Having spent my professional life focusing on foreign affairs, I am confident that the UK is one of the fairest and most decent societies on the planet.  That is why so many people want to come and live here.  That doesn’t mean that there isn’t plenty of room for improvement.  But we should be aiming to celebrate and build on success rather than trashing what we have so painstakingly created.

Not only is the cult of woke a threat to cohesive societies, it also undermines the quality of governance in the private sector, the civil service and our educational establishments.  A whole industry has emerged in recent years that seeks to secure power and make money out of the enforcement of the woke agenda.  This is particularly apparent in HR departments, where careers and senior-level appointments are now being made on the back of enforcing compliance with arbitrary diversity targets to the detriment of relevant experience.  This is particularly acute in the civil service, where some departments now no longer read CVs unless a candidate has demonstrated that s/he meets subjective non-essential criteria.  No one seriously disputes that organisations should be meritocratic and unfettered by gender or race-related prejudice.  But, in addition to the risk of needlessly fostering grievance, there is a real danger that too much management time and resource will be focused on organisational inputs and box-ticking rather than bottom-line outputs – and that this will result in poorer outcomes for us all, whether we are taxpayers, consumers, students or shareholders.

Good management is all about consistently good decision-making.  The UK government’s decision to stay out of the EU vaccination programme and pursue its own independent policy was an excellent decision.  It was a superb example of the mobilisation of expertise in pursuit of a coherent vision and the willingness to take carefully calculated risks in the face of widespread criticism.  One of the dangers posed by the perceived need to conform to the woke agenda is that it offers an opportunity for displacement activity to those focused on quick wins and swift career advancement when important objectives look difficult or unappealing.

The UK Mission to the EU recently circulated a Tweet (including a video inspired by the Spice Girls) that: ‘From today, we promise to be more inclusive in our public diplomacy. That means across events, our panels will have: 50% representation of women and 20% representation of people of black, asian or minority ethnic communities.’

This well-intentioned announcement begs a number of questions: Has affirmative action now replaced equality of opportunity in government?  Is a 20% BAME allocation appropriate given that the current proportion of BAME citizens in the UK is closer to 14%?  Do we want the best people for key UKMIS posts irrespective of their gender or race?  After all, what we require from UKMIS Brussels is evidence that we are delivering on the hard stuff, namely a post-Brexit relationship with the EU that protects and enhances UK interests.

More generally in the foreign affairs sphere, there is a danger that woke-related headline grabbing will come to be confused with delivery against demanding policy objectives.  In an article I wrote last June, when the Foreign Office and the Department for International Development were merged, I expressed concern that poorly conceived aid programmes ran ‘the risk of amounting to little more than a series of token gestures that don’t do much more than make the donors feel good about themselves.’

While we engage in a bout of destructive navel-gazing at home, very bad things are happening in the wider world.   The post-colonial reality across vast swathes of sub-Saharan Africa is decidedly grim.    Entrenched corruption and mismanagement have had an absolutely devastating impact on the lives of ordinary Africans.  Nigeria has squandered its oil wealth and is blighted with a 33.3% unemployment rate (which rises to 53.4% of those aged 15-24).  Robert Mugabe’s legacy in Zimbabwe is dreadful.  The South African economy has flatlined for years and came close to being utterly trashed under Jacob Zuma.

Ever since I was posted there in the early 1990s to support conflict resolution, I have taken a special interest in Mozambique.  The discovery of Qatari-scale gas reserves off the coast of the northern province of Cabo Delgado has led directly to two nation-shattering blows: a government deal to take on secret bank loans that promptly disappeared in corrupt payments, forcing Mozambique into national default; and the devastating rise of a violent Islamist insurgency since 2017 that has now claimed thousands of lives and displaced over half a million people.

Although the insurgents, known locally as al-Shabaab, pledged allegiance to Islamic State in mid-2019, their movement in Cabo Delgado is essentially home grown.  The key drivers of the insurgency are complex.  But poor governance is a root cause.  Local communities have been alienated and aggrieved by high-handed, corrupt and insensitive treatment on the part of central government since independence.  As I noted in my June article, ‘Over the years, Mozambique has been one of the leading recipients of aid support from the international community. It is hard to see right now that it has had any positive impact at all.’

The situation in northern Mozambique remains poorly understood by most observers.  So poorly, that in an act of almost staggering ineptitude and failure of corporate intelligence, the French oil giant Total announced that it was safe for work to re-start on its gas project shortly before a devastating insurgent attack was launched on 24 March on the neighbouring town of Palma – where many foreign contractors were based.   A contact of mine who was involved in orchestrating the evacuation of local and expatriate staff from Palma told me last week that the situation in the town was utterly horrendous.  Decapitated bodies littered the streets.  Total has now abandoned the project site.

It is reassuring that the FCDO is on track to meet its diversity targets.  But rather than issue virtue-signalling statements to appease activists living comfortably in Britain, I’d be more interested in knowing what its vision is for helping to get sub-Saharan Africa on a firm path to stability and growth – which will be in all our interests.  Because black lives really do matter.