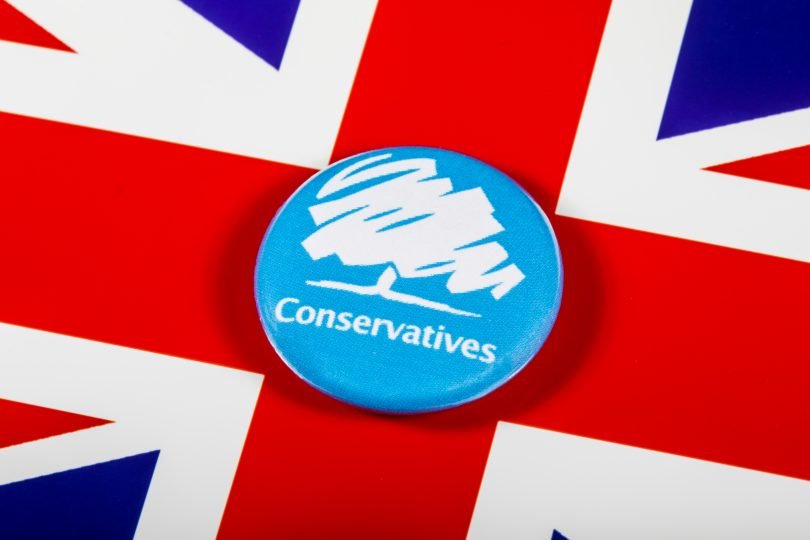 Dr Anna Bailey reminds us of the startling collapse of the Tory remainers in Parliament. Not only has Boris Johnson got a large majority over all other parties in parliament but he has also excised his party’s internal opposition to Brexit.

With the first parliamentary session of 2020 now underway, it is worth reflecting on the revolutionary change that has taken place in the composition of the Conservative parliamentary party compared to this time last year. The ultra-Remain wing of the party has been all but wiped out. In less than a year the fault lines of the party’s divisions on Brexit have been completely transformed.

Most of the post-election commentary on the Conservative Party focused on the unexpectedly large size of Boris Johnson’s majority of 80. And as the Withdrawal Bill sailed through the Commons at third reading last week, pundits could not help but comment, ‘what a difference a majority makes!’

Yet, to use a trite but appropriate phrase, size isn’t everything – especially when it comes to the Tories and Europe. After all, Mrs Thatcher commanded a majority of one hundred after the 1987 election, but it did not prevent her from being brought down by her own MPs just three years later, fatally wounded by Lord Howe’s damning resignation speech denouncing her opposition to the ERM – the precursor to the euro currency. Even with a big majority, a vocal minority can cause trouble.

To fully appreciate the transformation that has taken place in the parliamentary party, just read through the names in the list below. Less than a year ago, all of the individuals listed were Conservative MPs. These 32 MPs formed a hard core of Conservative ultra-Remainers, who hampered and undermined the Brexit process in a myriad of ways.

The first stage of the process was a gradual trickle of defections of some of the most vocal anti-Brexit elements. This began on 20 February 2019, when Anna Soubry, Heidi Allen and Sarah Wollaston defected to The Independent Group (later renamed Change UK). This supposedly centrist (but in reality rabidly anti-Brexit) new party had been formed just days earlier by a breakaway group of Labour MPs dissatisfied with the direction the party was taking under Jeremy Corbyn.

Nick Boles crossed the floor a few weeks later on April Fools’ Day, but without joining any party. Boles’ ‘Norway for Now’ option, which involved the UK leaving the EU but remaining in the Single Market through re-joining the free trade organisation EFTA, started off as a sensible enough proposal to find a way through the impasse. But as he added on a customs unions and surreptitiously dropped the ‘for now’ element, it morphed into yet another nightmarish form of BRINO.

With Boris Johnson now installed as the new PM, another vocal ultra-Remainer, Dr Philip Lee, crossed the floor on 14 August, joining the Lib Dems. A prominent second referendum campaigner, Lee was having a doubly-tough time with democracy: his local Conservative Association had passed a motion of no confidence in him due to his attempts to undermine Brexit.

The real catalyst for change, however, came on 3 September. Twenty-one ultra-Remainer Conservative rebels supported an emergency motion taking control of the Commons timetable, to pass a bill blocking a no-deal Brexit on 31 October. A telling measure of the rebels’ political seniority within the parliamentary party: only one of their number (Antoinette Sandbach) had not previously held a frontbench position. Johnson promptly responded by withdrawing the Conservative whip from the 21.

Johnson’s (Cummings’?) decision was widely depicted at the time as a heavy-handed, knee-jerk overreaction that would only deepen the bitter divisions within the Conservative Party. But with the benefit of hindsight, it is beginning to look like a masterstroke. It cleared out the ‘big name’ ultra-Remainers: those with a high media profile who could act as ringleaders within the Conservative Party and carry others with them.

Perhaps the most significant departure from the Tory benches is that of Philip Hammond, who as Chancellor in the May administration ensured that HM Treasury continued its Project Fear output (see for example its claim that no-deal would cut UK GDP by 8%) and, according to numerous insider accounts, used his control of the purse-strings to obstruct adequate preparations for no-deal (Shipman 2017; Seldon 2019). Although Hammond was hardly ideal ringleader material (his interpersonal skills are widely reported to be woefully lacking), as a former Chancellor his public statements carried great weight with the media.

Amber Rudd is another highly significant departure. Rudd was Secretary of State for Work and Pensions at the time of the expelling of the 21. She resigned both her Cabinet position and the Conservative whip in protest, calling Johnson’s action an “assault on decency and democracy.”

It is easy now to forget that, back in autumn 2017 when there were rumblings of a coup within the Conservative parliamentary party to replace Theresa May, Amber Rudd was the favourite to replace her, not Boris Johnson. She was probably the biggest heavyweight of all the Tory Remainers.

It is impossible not to comment also on the departure of Dominic Grieve, the QC and former Attorney General who masterminded many of Parliament’s Brexit-blocking legal strategies. Like Lee, Grieve also had a motion of no-confidence in him by his local Conservative association, but he simply carried on regardless. His attempt to retain his seat as an independent ended in miserable failure – despite the Lib Dems standing aside for him, he only managed to muster half the votes of his replacement as Conservative candidate.

Before the withdrawal of the whip from the 21, only five Conservative MPs had left the party. We know that the other 27 named in the list above shared their anti-Brexit sentiments, and could easily have followed them out of the party. It could perhaps therefore be argued that Johnson’s action sped up a process that was already underway: realignment of the parties around the issue of Brexit. The withdrawal of the whip from Sam Gyimah and Antoinette Sandbach gave them the nudge they needed to join the Lib Dems, where they could go all-out Remain. But it is interesting to note that the others did not follow suit, choosing instead to withdraw from parliamentary politics altogether.

Ten of the rebels had the whip restored on 29 October following ‘discussions between the chief whip and individual MPs’ – as a Conservative spokesman tactfully put it. This presumably involved the MPs giving some kind of undertaking that they would not rebel again. Yet only four of the ten returned as Conservative MPs on 12 December (Caroline Nokes, Greg Clark, Stephen Hammond and Steve Brine). The other six decided not to stand for re-election.

For most of the six, including Churchill’s grandson Sir Nicholas Soames, the decision to stand down would seem to be directly related to the experience of having the whip withdrawn, or to Brexit more generally.[1] Soames announced his decision the day after having the whip withdrawn; Richard Benyon followed suit a few days later. Although they waited until the election had been called to announce their decisions, Alistair Burt explicitly cited his differences with the party leadership on Brexit policy as his reason for standing down, while Margot James was tired of the ongoing clashes with her local party over her Brexit stance.

James’ statement in her resignation letter is telling:

“I was increasingly concerned about the drift of the party. I realised this is the moment where I could break free of the Brexit mandate.” [emphasis mine]

James’ sentiments, I suspect, are shared by most of those in the list above. Being a rebel in a parliamentary party is draining and takes a great deal of mental strength and resilience. But there is strength in numbers, where those numbers exist. Camaraderie, a sense of shared purpose, and loyalty to other members of the group can help rebels withstand the extreme pressures they are subjected to by whips and others in the party machinery. The late Teresa Gorman’s book The Bastards, an insider account of the Maastricht rebels, provides a brilliant insight into these factors: both the shared bonds that sustain party rebels, and the extreme pressures that cause them to either cave in or walk away.

In the event, only ten Conservative MPs were forcibly removed from the party long-term. But the move brought Johnson something of a ‘BOGOF effect’ – for every MP forced out, at least one more MP was thereby discouraged from seeking re-election in December’s election. The heavyweights were gone, and it was clear that the strength in numbers would no longer exist. Once the number of ultra-Remainers with the Conservative Party lost critical mass, their dissolution was quick and arguably inevitable.

Dr Anna Bailey is a political scientist and author of ‘Politics Under the Influence. Vodka and Public Policy in Putin’s Russia (Cornell University Press, 2018)

[1] Only Richard Harrington had announced his decision not to seek re-election prior to the whip removal incident. Ed Vaizey only made his decision not to stand in the run-up to the election itself. While he left on good terms, publicly stating his support for Boris Johnson and not referring to Brexit at all, it is hard given the suddenness of his decision to avoid the suspicion that the dissolution of the Europhile wing of the parliamentary party was the real factor.