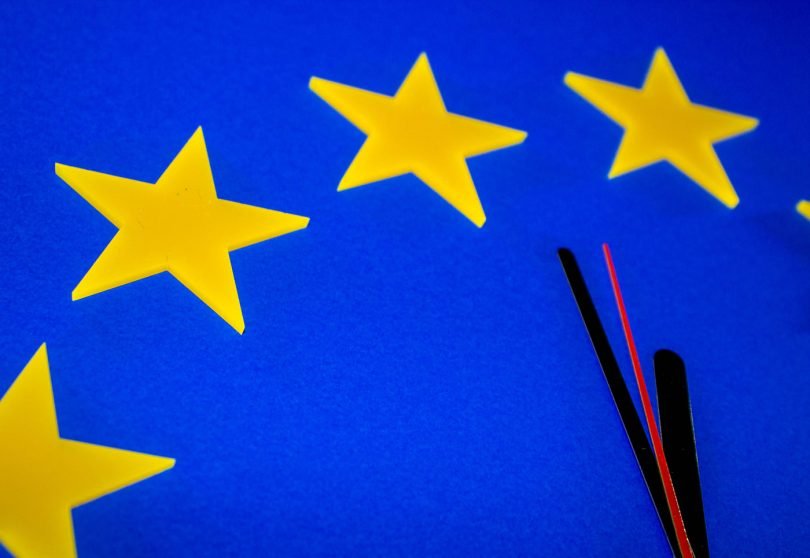 What in 2016 seemed a very British decision to leave the EU, now seems part of wider changes in the world.

The Brexit strain in our political bloodstream has mutated almost beyond recognition. It seems strange now that for years it dominated everything. It was going to destroy the economy, create mass unemployment, explode the Union, smash the constitution and remake the political system.

But its latest variants are not very contagious and cause little harm to the body politic. The National Farmers’ Union tries to revive Project Fear with stories of vast herds of hormone-stuffed Australian cattle, while Oxford dons insist that Rhodes Must Fall — for the Empire, so some of them insist, is the key to Brexit. One of their most vocal members, indeed, co-authored a book explaining that Brexit was due to “a nostalgia for a time when life was easier, and Britain could simply get rich by killing people of colour and stealing their stuff”.  So here is the anti-Brexit cause boiled down to its primitive components: vested interest, and visceral alienation.

Meanwhile, in the real world, the Brexit battle has quickly receded into memory. Was it really only five years ago? We are already commemorating the date: “Then will he strip his sleeve and show his scars / And say ‘These wounds I had on Brexit day’.”  In 2016, leaving the EU seemed to most people here and abroad a characteristically British eccentricity, whether they praised it or blamed it. On one hand, it was minimised as the short-term product of domestic party politics: David Cameron’s miscalculated effort to silence the Tory Eurosceptics. On the other, it was explained as the long-term result of a peculiar national history: having suffered less than elsewhere from the wars, revolutions and foreign occupations of the 20th century, the British were far less attached to the “vision” of a United Europe, and hence far less patient with its failings.

But five years on, Brexit seems to be less simple, and less purely British.  Rather, it is one symptom of broader changes in Europe and the world. At a political level, the referendum vote was a popular reaction not only against globalisation, but against the political manifestation of globalisation, in which for a generation national governments had ceded increasing powers to international bodies. Peter Mair, in his already classic work Ruling the Void: The Hollowing of Western Democracy, called it the “withdrawal of the elites” into supranational institutions, in which the “horizontal” approval of other politicians outweighed the “vertical” support of the electorate.

This was the catalyst for “taking back control”.  In many, if not all, democratic countries, there have been manifestations of this desire, invariably messy and disruptive. Brexit turned out to be a relatively quick and clean solution, compared, at least, with the turmoil and division in the United States or the political paralysis in France, in which the re-election of a highly unpopular president seems almost unavoidable.

At the international level, the brief period of Western (above all American) hegemony after the fall of the Soviet Union was sharply ended by the failures in the Middle East, Afghanistan and Libya. This was underlined by the massive presence of China, and more particularly by the rapid collapse of optimistic expectations that China could be integrated into an international liberal order created and still led by the West. For critics of Brexit, leaving the EU inevitably weakens Britain and undermines Western solidarity at the worst moment. At best, they argue, we shall be isolated, and at the mercy of great power blocs, whereas European membership gave us protection and a voice within a mighty organisation that could maintain itself against the United States and China. We shall see.

But at the moment, things look different. The EU is embarrassingly marginal in world politics. Most of its members do not want, and are not powerful enough, to play “the great game”, and so the EU itself is only a simulacrum of the Great Power. It has a flag, but not an army; and indeed, not a policy.  Its dominant member, Germany, is increasingly dependent on China for its exports, and on Russia for its energy.

The EU consequently cannot be relied on to play the smallest effective role in areas of danger: the Middle East, the Pacific or Africa. France’s failing attempt to hold back the Islamist onslaught in central Africa depends on a few RAF helicopters. Deterring Russian adventures in the Baltic depends on a handful of British units in their traditional “tripwire” role. Should we not be asking ourselves why we are doing this, for an EU that is feckless and hostile, and whose main endeavour seems to be causing trouble in Northern Ireland?

And then there was the pandemic, a sudden materialisation of the dangers of the 21st century: the perils of globalisation; the duplicity and ruthless irresponsibility of China; the absence of effective global organisations; the complacency of the West … But nowhere so far have the political consequences been more severe than in the EU. It would be tedious and unnecessary to rehearse its failings. Suffice it to say that it proved worse than irrelevant in precisely the sort of situation that its defenders commonly used to justify it: a crisis that “crosses frontiers”.

In this case, the EU’s member states had to restore frontiers and rely on themselves for vaccines. The glorious vision of a “sovereign Europe” has faded. Even Emmanuel Macron, the only remaining federalist champion of substance, relies on various permutations of Project Fear. Like the old Austro-Hungarian empire, the EU continues because it cannot be either reformed or replaced. But in neither case did that prevent its members from quarrelling.

What has become of the 48.1% of the British electorate — 16 million people — who voted in 2016 to Remain?  The largest group (43% of them, according to Lord Ashcroft’s exit poll on 23 June), feared the economic consequences of leaving. Another 20% feared national isolation. Only 9% felt strong attachment to the European vision. As the fears of post-Brexit disaster have evaporated, and the EU has shown itself increasingly accident-prone and intransigent, support for the EU logically declines, as recent polls suggest.

Moreover, the Remain vote is dispersed among several parties. Only one of these remains politically formidable and openly “Rejoin”: the Scottish National Party. That it should cling to the EU is understandable: only EU membership (whatever the cost) makes independence feasible. But Europhilia is a waning asset. Every blunder or failing in Brussels must make the SNP’s strategy less attractive to rational voters. Its failure to win even 50% of voters in the recent Scottish elections is eloquent.

The same logic applies to Northern Ireland: unity with the South might have seemed attractive to middle-of-the-road voters as long as Britain and Ireland were both EU members, and hence nothing much would change. However justifiably annoyed today Northern voters might be with both London and Brussels, for Northern Ireland to break fully from its main economic partner would be far worse. If the Protocol is either made to work or — which seems increasingly likely — junked, then unification will more than ever seem something that many Irish people on both sides of the border aspire to, but only as long as it is not actually imminent.

So that leaves the rather small number of British voters — and the even smaller number of English voters — who remain unreservedly attached to, or at least nostalgic about, the EU. Can anyone imagine a serious politician sounding a clarion call for Britain to return to the fold? The most they seem to be aiming for is to keep the maximum degree of linkage. Keeping Australian beef out, while allowing Irish beef in. Trying to retain regulatory alignment, presumably so as to maintain Britain as a lucrative market for EU goods (hence our huge trade deficit) while hampering trade with other continents.  Why?  Is there a plan?  If so, what is it?

Other than that, we have the Omega Variant of Brexit — the culture wars. How many of the 150 or so Oxford dons who are boycotting Oriel College because of its failure to remove the statue of Cecil Rhodes do you think voted “Leave”?  Would zero be a reasonable guess?  I suppose the culture wars could be dismissed as froth, as perhaps in a few years they will be: “Because,” as Edmund Burke wrote, “half a dozen grasshoppers under a fern make the field ring with their importunate chink… pray do not imagine that those who make the noise are the only inhabitants of the field.”

Nevertheless, as one who belongs to the Acrididea order myself, I do find it interesting. George Orwell famously observed eighty years ago that “England is perhaps the only great country whose intellectuals are ashamed of their own nationality” — though today I think he might have to add America, Canada, Australia, and New Zealand. The ‘decolonisation’ movement in all its ramifications seems to be a rejection of national identity, or at least of those identities which are stigmatised as pillars of an oppressive world system, which the Western, especially Anglophone, world is accused of being — a view that manages to leave genuine oppressors in the clear.  How many of those passionate people who wept over Brexit and rage about Cecil Rhodes spare a thought for persecuted Uighurs or the heroic students of Hong Kong?

Orwell went on to criticise the “negative, querulous attitude… the irresponsible carping of people who have never been and never expect to be in a position of power”.  Except that now, they have considerable power within our cultural institutions.  Is this the fate of the Anywhere people?  Aspiring to be citizens of the world, but discontented wherever they live?  Supporting the EU. Supporting “decolonisation”.  La lutte continue!

An earlier version of this article appeared in UnHerd, and is reproduced by kind permission:  https://unherd.com/2021/06/the-fate-of-the-anywhere-people/