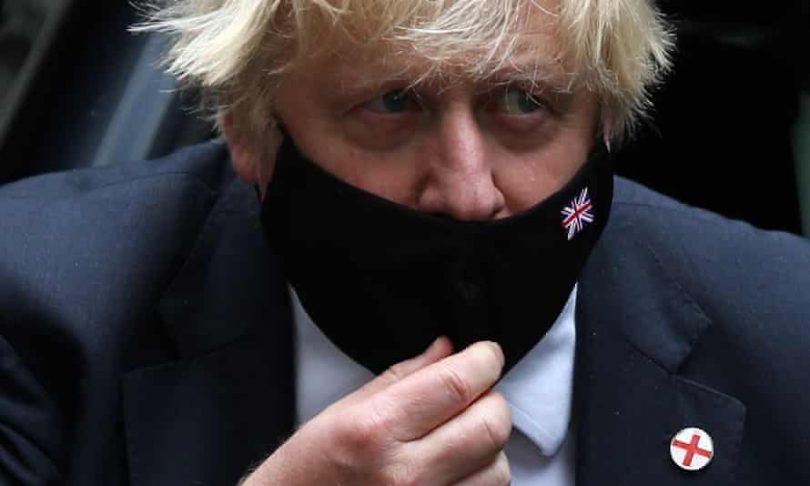 Boris Johnson will go down in history as the man who got Brexit done. Will it soon be time for him, and us, to move on? He could spend more time looking after his new family and his bank account. Would that be better not only for him, but for his party, Brexit, and the United Kingdom?

“They think it’s all over. It is now”. Famous words voiced by the TV commentator Kenneth Wolstenholme in the final moments of England’s victory in the FIFA World Cup in 1966, which could have been echoed by Brexiteers following the Conservative general election victory at the end of 2019.

No more second referendum campaigns. Rebel Tory MP Remainers banished. Brexit was irreversible, to use what was, for a time, the PM’s favourite word.

We knew there would be bumps in the road. But no chance of the road being completely dug up and rerouted.

But were we right?

The danger to Brexit lies in the possibility, by no means implausible, that the Tories fail to retain an overall majority at the next general election or even cease to be the biggest party. Some of us are beginning to wonder if Conservative chances might be considerably enhanced if the chief architect of Brexit, Boris Johnson, was no longer leading them when the votes were being cast.

The case for a Boris exit is growing, with signs from the three recent parliamentary by-elections that the prime minister’s magic may be waning.

By-elections, media pundits regularly warn us, hold little significance in the big picture of national politics. This is usually followed by an analysis of the significance of the by-election in question. The extraordinary results of the three by elections certainly sent signals Conservative supporters should not ignore.

The Tory victory in in the reddish of bricks in the red wall, Hartlepool, suggested that all was still rosy for the government and their leader. But thoughtful Conservatives will draw other conclusions from their defeats in Chesham and Amersham and Batley and Spen.

In Batley and Spen, the last of the three by-elections, it was the future of the Labour leader that attracted the most comment. Immediate reactions to Labour’s win with a majority of just over 300 were that the leadership of Sir Kier Starmer was safe. More or less. For the time being.

Yet the Batley and Spen brick did not fall from the remains of the red wall, despite George Galloway taking more than 8,000 votes, certainly mainly from Labour. And while Matt Hancock earned some of the blame, he should share that with the prime minister.

Johnson’s failure to sack Hancock and embarrassing attempts to fudge the narrative served to confirm Starmer’s accusation of “one rule for them and another for everybody else”.  Some of the PM’s conduct might well lead the Labour leader to tweak his soundbite to “one rule for Boris Johnson”.

Yet it was the Conservatives’ crushing defeat in what had been the solidly Tory safe seat of Chesham and Amersham that sent the biggest tremor through the party. Robert Coville wrote in the Sunday Time that Brexit had ‘loosened previously unshakeable bonds’. He could have added two words at the beginning of the sentence: ‘Boris and’.

For Remainers, including many traditional Tory voters, the PM has become the living embodiment of Brexit. Boris is Brexit and Brexit is Boris. Dubbed dishonest, racist, xenophobic, his moral failings are seen by Remainers as defining the Vote Leave campaign he led.

Boris is not only Brexit. He is the government, its face, its voice. Thanks to the pandemic, if airmiles were given for TV appearances, the Johnson family would have free flights to the posh holiday isle of Mustique for years to come. All UK elections focus on the record and character of party leaders but the spotlight on Boris, if he still leads the Tories the next time the electorate is consulted, will be unremitting.

The list of questions about the PM’s conduct and honesty grows longer, though not all the accusations are fair or proven. True Mrs Johnson’s choice of wallpaper didn’t seem to bother voters in Hartlepool where the Tories won their stonking victory. Yet as James Forsyth, political editor of the Spectator, put it, Johnson is a ‘transactional’ leader. Not all Tory members and Tory voters were fans. He became the Conservative leader because he was judged – rightly as turned out – to be the best bet to get Brexit done. Now the unease about his integrity is another reason for voters to desert him.

Voters’ gratitude is short-lived. Events over the next few years are likely to play a much bigger part in Brexit voters’ views of Boris Johnson at the general election than his status as hero of the referendum campaign. They have banked his achievements, while Remainers will carry on seeing every failure as confirmation of their contempt and loathing.

So toxic is the prime minister to Remainers that Fox’s Biscuits found hosting Boris Johnson could be judged guilt by association. The company’s tweet saying they were proud to welcome him to their Batley factory produced a twitter storm calling for a biscuit boycott. One tweet, reproduced by the Spectator’s gossip columnist, dubbed Boris ‘a serial liar, adulterer, misogynist…..I have ony (sic) disgust for your business ethics and your company’.

The Spectator reported that the social media campaign was whipped up by the Churchill Project, a campaign that was, according to its Facebook page, ‘launched on the day the UK left the prosperity of the EU and to be shut down the day we return to it’.

Anyone reading the digital version of the Times, will know that the tweet denouncing Fox Biscuits is typical of comments posted under any article relating to Brexit. The venom and anger directed specifically at Boris is extraordinary. Often Boris and Brexit are mentioned in the same contemptuous sentence.  This is the Times: just think what the comments must be like over at the Guardian.

Five years after the EU referendum it’s surprising and sad that anger and contempt over our democratic vote are still being voiced. The biscuit boycotters and Times’ Remainers are at the extreme end of the debate and hardly constitute a reliable focus group. Yet go back before the referendum and members of UKIP were judged, in their hostility to the EU, as equally strident and extreme. Even Eurosceptics thought it unlikely there would be a referendum and Leave would win.

The Tories won’t lose the next election because of votes by irreconcilable Remainers. But they could make a significant different. After all, the list of things crying out to be fixed include climate change, the NHS, social care, education, levelling up, housing and the legal system. Failures are guaranteed.  The PM’s tendency to lead with optimistic slogans looks foolish when things go wrong.

It’s difficult to believe that Brexit could be reversed in the foreseeable future. But it’s certainly possible that it might be partially reversed after the next election. And where might that in time lead to?

The Tories cannot assume the next election will leave them with an overall majority. UK politics is ‘all shook up’ to quote the song. Old tribal loyalties are vanishing faster than Arctic ice.

The Conservatives are, as one pundit put it, ‘uncoalitionable’. We could end up with a minority Labour government propped up by the SNP, the Liberal Democrats and maybe a few Greens.

We know what the SNP would ask for. Theirs would be a strong negotiating position. They would not fear another Tory government, particularly one led by Boris, since they believe it strengthens their case for independence. And since the SNP complain repeatedly that Scotland was removed from the EU without its consent, they would have little choice but to support any attempt to drag us back into the EU’s orbit.

Although this would weaken the case for Scottish independence, the SNP could drive a hard bargain. Labour might agree to demands for another Scottish referendum if they failed to win many seats in Scotland. A lot of ifs, to be sure, but any agreement by other parties to take power from the hated Tories would mean a government hardly sympathetic to Brexit.

There’s one group of Remain diehards in particular who would work hard to reverse Brexit. They’re called Liberal Democrats. They learned the hard way in 2019 that campaigning for another EU referendum isn’t a vote winner.  That doesn’t mean they’ve accepted the result of our democratic vote. Ed Davey the Lib Dem leader told Andrew Marr: “We do need to show a way back that’s going to put us in a position to re-join at a future date”. Now Lib Dems favour a softly softly, step by step approach, perhaps beginning by joining the single market.

Forecasting an election that could be years away is a mug’s game. My nightmare scenario may be just that. But as Covid has shown, it’s prudent to pray for the best and prepare for the worst. To ensure we remain an independent sovereign state and prevent Scottish independence, we need a Tory government to remain in power.

Boris Johnson was backed by voters because they thought he was the man to get Brexit done and he wasn’t Jeremy Corbyn. The question now is whether he’s the best person to lead us through the difficult years ahead and win the next general election.

The PM should be encouraged to rest on his laurels from Brexit, a massive achievement which ensures him a special place in our history. He should spend more time looking after his new family and his bank account. This could help the Tories save some seats, particularly those in the South targeted by the Liberal Democrats.

There may not be a general election until 2024. But it’s not too early for Tories to start having a conversation about the Conservative leadership.