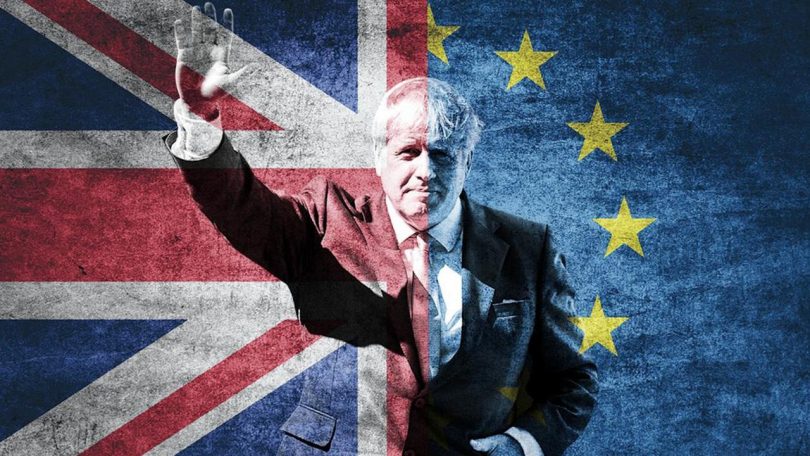 Robert Peston, ITV’s political editor, belongs to small elite of TV pundits famous enough for their names to become a programme title. So it was with a sense of anticipation that I sat down to watch his ITV News report on Christmas Eve. What would he tell us about the prospects for the prime minister and the government if the free trade deal with the EU was broadly what it was cracked up to be?

I’ve reproduced his words in full so I cannot be accused of quoting him out of context. First he responded to the suggestion from the news reader Nina Hossain that we were at an historical moment.

Look, we’ve had enough history to last a lifetime this year. But make no mistake, this is more big history. After 45,46 years of EU membership we’ve now got a relationship with the EU based on a free trade agreement – no tariffs, no restrictions on how much we can sell to the EU and a new partnership approach to keeping ourselves safe, to policing.

So far so fair and positive

But the Prime Minister did not get everything he set out to achieve. He’s been forced to allow EU fishermen to get more fish from UK waters for five and a half years than he originally wanted

Now he says it’s a balanced agreement because they would also have to follow our rules. If they departed from our rules, they might incur tariffs. But frankly their market is so much more important than ours is to them, there will always be more power to set rules on their side than on ours.

Whoa Robert! Something serious wrong here. In the first place, simple logic dictates that both parties cannot simultaneously follow each other’s rules and, of course, their own. Not if those rules cover the same issues, as they do. The difficulty lies in the words ‘following rules’, which are quite wrong.

Here’s how the Times reported the agreement on a ‘level playing field’.

One of the unique aspects of the agreement, reflecting Britain’s former EU membership, its economic size and close geographical proximity is the so-called level playing field mechanism.

It commits both the UK and EU to maintain equivalent and common standards on social, labour and environment regulation.

However, the deal does not force the UK to match every new EU regulation like-for-like and standards are not defined in reference to EU law, which was a key demand of the British. Instead the deal contains something called a “rebalancing clause” that is designed to resolve disputes between the two sides.

Nor does the Times see anything suggesting, as Peston states, ‘there will always be more power to set rules on their side than ours’. Indeed, this part of the agreement is a score draw, according to the paper.

ITV’s political editor was then asked by Nina Hossain if there would be any problems getting the deal through parliament.

Well it won’t cause problems in the sense that I’m certain parliament will approve this deal because Labour will either vote for it – or possibly – I think unlikely – possibly abstain. So the votes will be there. But a significant minority of Tory Brexiteers won’t like this deal and therefore he will be really working hard – because it’s embarrassing for him to have a chunk of his party oppose him – working hard in the next few days to massively sell it to those Brexiteers MPs who after all were responsible for making him prime minister in the first place.

Peston fairly galloped through that last sentence, ending almost with a triumphant flourish. Take that, you Brexiteers!

It’s a safe bet that the prime minister will be talking to Brexiteer Tory MPs before a Commons vote on the deal. But over the Christmas period a more interesting political story was that Labour might face front bench resignations over Sir Keir Starmer’s decision to back the deal. Not a story that Peston appears to have picked up.

Does the ITV political editor have better contacts among the Tories than among Labour? Hard to believe.

Look, a year ago I thought this moment would be the biggest political and economic event of 2020. Of course that’s nowhere near right because of Covid. And the point about a no deal is that it would have caused absolute chaos, as Joel said, from January 1st onwards, and at a time when we’ve just seen chaos on the borders because of Covid, which we’re still clearing up. To have that again would have been a nightmare. So for all that some may say this isn’t the best possible deal we could have, my goodness, most people will say: “Thank goodness we’ve got any kind of deal”.

This is as good an example as you can get of damning with faint praise. Interestingly, it’s the same argument advanced by the Labour leader to justify his decision to vote for the deal.

A summary of Peston’s report is that while we’ve a free trade deal that allows us to sell to the EU without tariffs or quotas, the price we must pay is we must follow their rules, our fishermen have been let down, there may be trouble ahead with Tory Brexiteer MPs, and the best that can be said is that it avoids no deal chaos.

Since it’s the season of goodwill, I should say it’s not easy to report on a massive, complex and fiercely fought issue in a concise, balanced and fair way.  And the ITV bulletin showed more of Boris in joyful mode than the BBC did. Yet regardless of what proceeded him, we expect the political editor to use his expertise to give a fair summary of the political landscape following this historical deal.

You don’t need to read the Daily Mail to judge the agreement the Christmas present Boris Johnson most wanted. Since Brexit uniquely defines our prime minister, Peston could have delivered a balanced assessment of where this deal might leave him and his government. After a bumpy year, with the government under fire for its handling of the coronavirus crisis, the late cancellation of Christmas, fierce criticism from senior Tories over the threat to break international law in the Internal Market Bill, and many Tories muttering about his poor leadership, it looked as if Boris Johnson might have pulled off the Great Escape and got Brexit done.

From reading his articles and seeing his reports, I believe Robert Peston detests Brexit. He sees no merit in it. Nor is he a fan of the prime minister. Here’s an extract from an article of his, carried by a Spectator magazine online update on 21st December, on the dilemma posed for Boris Johnson by the chaos at Dover and Brexit negotiations.

So the PM has to stop prevaricating and choose. He either has to accept the terms, especially on fishing and future competition, from which he instinctively recoils — and risk months of attacks from his Brexiteer colleagues saying he capitulated under duress, and which may terminate his time as PM (especially as many of those Brexiteer MP critics also loath his stewardship of the Covid-19 response).

Or the PM needs to mandate the Chancellor of the Duchy of Lancaster, Michael Gove, to frantically try and nail down a raft of mini deals to lessen the inevitable disruption of failing to agree an overarching free trade deal and security — and do so in a way that doesn’t turn the UK into a pariah in its relationship with the EU.

Peston failed to recognise the prime minister’s resolve or consider the possibility that the EU might shift its position for a compromise deal. As so often with media reporting on Brexit, problems seem to belong uniquely to the UK and never face the EU as well.

This article is a good example of the perils of political punditry particularly, I suspect, when speculation comes allied to a firmly held conviction. It took only a couple of days before Peston’s binary choice between surrender and no deal confronting our prevaricating PM turned out to be nonsense.

Whatever his personal views, Robert Peston is paid to deliver balanced, fair and dispassionate assessments of politics and the difficult choices confronting politicians. In 2021 he should try harder to achieve this.