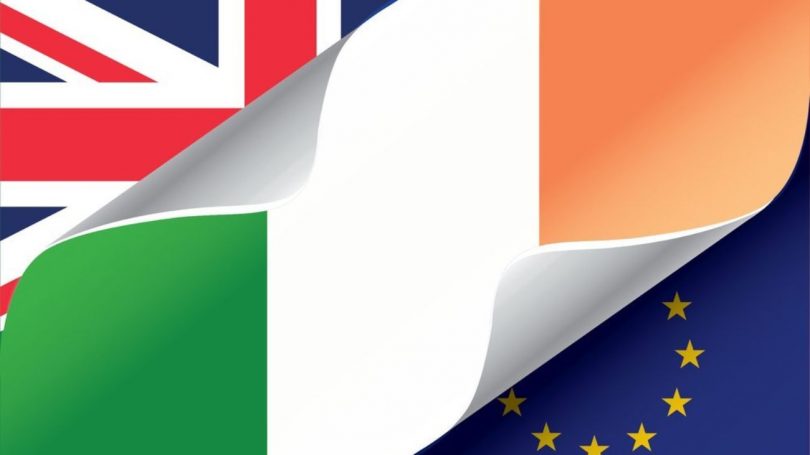 The EU tried hard during the Brexit negotiations to tie down the UK to permanently observing its own EU regulations. It failed then but is trying again in the context of the Northern Ireland Protocol.

Northern Ireland is a small and peripheral part of the UK, but whether Brexit turns out to be a success or failure could nevertheless ride on what happens there over the next year.

From the beginning of negotiations with the UK, the EU’s approach has been to try to force the UK to sign up to a rule-taking relationship to the maximum extent possible, and Northern Ireland has been at the crux of this.

Northern Ireland’s trade and regulatory laws are now largely governed by the Northern Ireland Protocol, which is already causing significant economic problems in the province despite being only partially implemented. In defence of this protocol, the EU has mouthed pieties about protecting peace in Ireland and blustered about ‘protecting the EU single market’.

But the EU’s claims in these areas don’t stand up to serious scrutiny. Cross-border trade in Ireland is so low that it cannot possibly pose a real threat to the single market. The EU could have agreed a reasonably secure customs border within Ireland but instead insisted on the full monty of applying every last detail of the union customs code to an Irish Sea border internal to the UK. And of course, the Protocol, far from ‘protecting peace’, has already enflamed community tensions in Northern Ireland by cutting across the Good Friday Agreement – for which Northern Irish loyalists have now withdrawn their support.

The EU may have had a range of motives for their intransigent behaviour, but it is now clear that a key motive for the EU’s continued insistence for applying the Northern Ireland Protocol down to the last comma is to try to force the UK back into close regulatory alignment with the EU on a permanent basis. Senior EU officials have form in this respect, such as when Michel Barnier was recorded in 2019 as saying ‘there is also a strategic and tactical reason…to use Ireland for the future negotiations’

Regulatory alignment across the whole UK, especially on sanitary and phytosanitary (SPS) measures that govern trade in animal and plant products, would yield three main gains for the EU. It would preserve EU farm exports to the UK by excluding competition from cheaper world suppliers; it would make it very hard for the UK to strike wide-ranging trade deals with third countries, especially agricultural suppliers; and it would severely limit the UK’s ability to boost growth through smarter regulation. Essentially, Brexit would be neutered.

This could be why the EU is resisting sensible easements and derogations from the protocol and is insisting on its ‘full application’ (their definition – what that actually means should be jointly decided). Recent suggestions that easements might be considered once the protocol has in fact been fully implemented should be taken with a bucketful of salt – such claims may be properly bracketed with those by online fraudsters promising you untold riches if you will first wire them £50,000.

What the EU is  hoping is that the protocol will be fully implemented and that the impact will be so dire that the UK will agree to an SPS alignment agreement through the veterinary agreement which the EU called for in the March 26 meeting of the Protocol’s specialist committee. Readers should be under no illusion about how dire the full effect of the protocol on Northern Ireland will be – the issues to date will be as nothing compared to what will happen if all the various grace periods that have kept food, medicines and parcels flowing from Great Britain come to an end.

The figures for UK food exports to the EU in January may show how bad the impact would be, although the data may be affected by changes in the way HMRC record trade. The reported data fell by some 70% in the month in volume terms and much more so in some sectors. Part of this decline will have also reflected transient factors, but some will likely be permanent reflecting the very high level of non-tariff trade barriers the EU erects against third country food exports (these may be equivalent to 20-30% of trade values based on some academic estimates).

If this happened in Northern Ireland, the much-discussed ‘empty supermarket shelves’ would be a reality, followed – eventually – by a huge diversion of trade towards EU suppliers and much higher prices for Northern Ireland consumers. The political ramifications of this could be extreme. If the EU  assumes that the UK government will never allow such a situation to persist and would rush to sign a rule taking SPS deal which would of course bind the whole UK to EU rules, it is playing a high-stakes game. It is a game supported by the EU’s many friends in the UK commentariat who have been strongly pushing for such a deal for many weeks.

The EU will have been emboldened in their approach by the UK’s decision to delay introducing full border checks on EU imports. The reason for this delay is clear enough – to avoid unprepared UK importers and EU exporters struggling to keep UK food imports from the EU flowing. But for the EU this looks like part of a pattern of the UK failing to retaliate to pressures and provocations from the EU side. The same pattern of turning the other cheek has of course been visible most strikingly in the fishing sphere where the UK has done nothing in response to the EU’s illegal ban on UK shellfish imports.

What should the UK government be doing? One option is for David Frost to invoke the Protocol’s article 16 which allows a suspension of at least parts of the Protocol. Article 16 says that the Protocol can be suspended to deal with a diversion of trade and this is clearly happening. The onus will then be on the EU to agree a form of protocol which does not affect trade in the ways that have occurred and which are likely to occur more strongly once the grace periods end.

The UK should be moving as fast as possible to take the option of SPS alignment with the EU off the table. That could be done if the UK signed trade deals with Australia, New Zealand and other agricultural producers and joined the CPTPP pacific trade group (whose SPS rules would be incompatible with alignment with the EU). However, the Australian and New Zealand deals have progressed more slowly than expected, perhaps because of Covid and CPTPP accession is some way off. Full consumer gains from free trade in food are also unlikely sincethe UK government has allowed agricultural regulatory policy to become influenced by quangos stuffed with a mix of EU supporters and domestic protectionists.

The EU might well conclude that the UK government isn’t really serious about pursuing these trade deals and genuinely diverging in the SPS sphere. Again, that will only encourage them to remain obdurate over the Northern Ireland Protocol, stalling and hoping the UK will give in. The recent attempts to undermine the position of UK negotiator Lord Frost (again supported by some within the UK) should be seen in this light too – the EU would far rather deal with a more compliant character, such as his predecessor Michael Gove.

Indeed, few realise that as part of the original deal the UK struck to allow some ‘grace periods’ before fully implementing the Northern Ireland Protocol, the UK agreed to remain aligned voluntarily to EU SPS rules. This remains the case, even after the UK recently unilaterally extended these grace periods. So far, then, the EU has got exactly what it wants and may be happy to string this situation out indefinitely – it may matter little to the EU whether the UK does or doesn’t implement the protocol because the real prize is the UK as a whole remaining aligned to EU SPS rules. Perhaps, the EU’s huffing and puffing about the unilateral extensions and threats of legal action are largely theatre.

If this has become the EU’s aim, late in the game, will they get away with it?  The heavy emphasis placed on UK sovereignty and regulatory freedom by David Frost in the TCA negotiations suggests not. It would seem crazy to gain regulatory freedom in the TCA only to give it away in negotiations over the Protocol. This would end the UK’s global trade ambitions and head off any chance of the country decisively breaking with the EU regulatory system. Let’s hope that the UK keeps its nerve and uses alternative means, including article 16, to remove the worst aspects of the Protocol, or even better to remove it altogether. The UK response to the meeting on March 26th suggests that it is holding the line, at least for the time being.