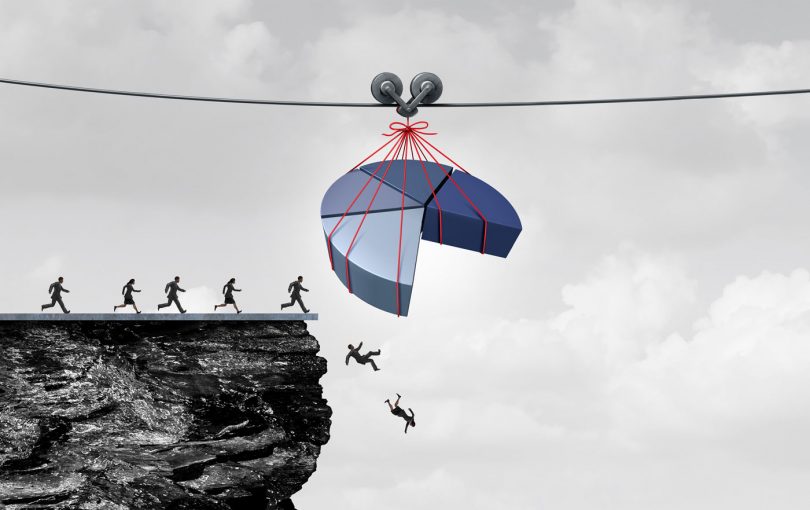 In November 2018, Channel 4 News, echoed by ITV News, the Independent, the Daily Mail, the Mirror and other UK national newspapers, reported that “Most UK voters would vote Remain if the EU referendum were held again”.

Specifically, these media organisations claimed, with variations on the wording, that “Some 54 per cent of people [sic] said they would stay in the EU if the 2016 referendum were held tomorrow”. This claim is a false representation of the facts on which it is based.

The facts are as follows:

In simple terms, the fast one is pulled when “the panel” metamorphoses into “the public”.

This switch is practised by practically every polling company that we know of (there is one honourable exception, to which we will return). The organisations that commission the polls, and the media who report the polls, repeat the line.

The reality is different, and follows from the fundamental laws of statistical sampling.

If we want to make a statement about a large group of people, what statisticians call a “universe” – for example, the British electorate – we have no hope of interviewing every one of them. We have to take a sample, and to take the necessary precautions so that the sample represents the “universe”. (The word “represent” has a precise meaning in statistics, and is not the same as “resemble”.) The only way we can do this is to ensure that the sample is random – that every person in the “universe” has an equal chance of being selected. Only then can we make statements about the sample which also apply to the “universe”.

With a true random sample, we can make statements of the following nature:

But a random sample, it is not. The respondents were not selected randomly. They were panel members and, by definition, self-selected.

In short, Channel 4 has compiled and disseminated the views and voting intentions of approximately 20,000 people. The views of the other 46,780,000 persons who make up the UK electorate are unknown, and will remain so until someone does a survey based on a random sample. To the best of our knowledge (here’s our honourable mention), the only research in the UK that is based closely on a random sample is the British Social Attitudes survey (BSA). The 2018-19 BSA survey is underway and is due for reporting in March 2019. Until then, we should treat polls in accordance with what we know of their sampling methodology.