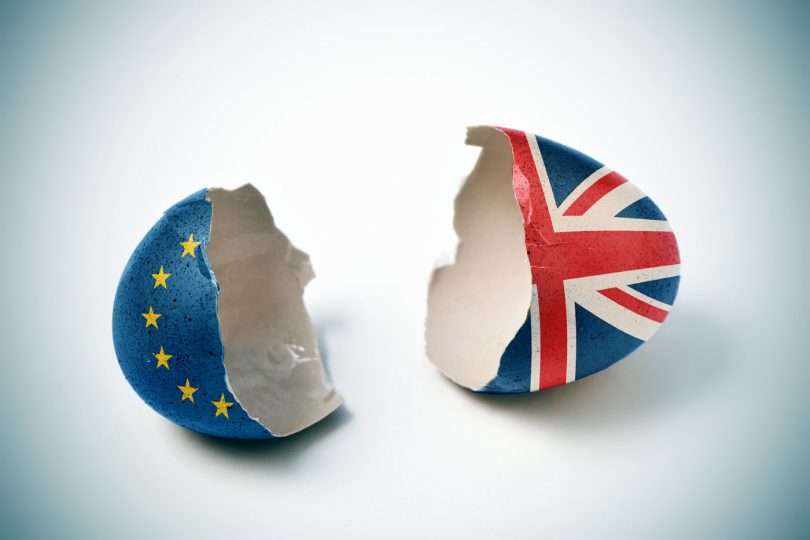 By its weakness and lack of courage, the government is about to transform Brexit into a permanent feature of the British political landscape. Instead of forging a new relationship with Europe, we now face decades of rancorous dispute and souring relations.

Was it ever thus? Probably.

At any rate, we are now poised to give new life to the old adage that the British fight well and negotiate poorly.

If the decisions taken at Chequers last Friday are allowed to stand, immense damage will have been done to British democracy. The result of the referendum of June 2016 was a majority decision to leave the European Union. What we are now offered verges on Brexit-in-name-only (BINO?). We will take law from Europe on vast swathes of our commerce. Our ability to strike trade deals will be circumscribed. European courts will continue to subvert British law. In Whitehall, tongues are already wagging about a major climb-down on immigration come autumn. To say that we are about to make ourselves a vassal state is not mere rhetoric – it is a simple matter of definition.

As Gisela Stuart writes in the Telegraph (6 July 2018), it is hard to imagine a comparable state of affairs if things had gone the other way in 2016.

None of this is particularly surprising. The EU has been the blight of European democracy for the better part of a quarter of a century. Within the last decade it has suspended democracy in Greece and Ireland. Even the composition of Italian cabinets is subject to EU consent. Southern Europe has been trapped in fiscal bondage to sustain the ever-more dystopic dreams of the Eurocracy.

Most of this proceeded with the connivance of national governments. ‘Is this what the men of 1916 died for?’ The Irish Times wondered as it inspected the terms of the bailout of 2010 – to no avail. Irish Taoisigh have spent the last generation chastising their electorates for voting down EU treaty after EU treaty; moralised and told the ‘ignorant’ public to try again – under material threat, when necessary.

There is nothing new about the rhetoric we have heard in the last couple of years: the accusations of ignorance, the doom-laden prophecies of viagraic Jeremiahs, the panic and the wailing. Not even when an addled ex-Prime Minister, winner of the largest popular vote in history, condemned the voice of the people as a kind of tyranny; not even when a Chancellor threatened his electors with a Carthaginian budget if they would not eat their Brussels, as they were told. The most alarming this is, they seem to mean it.

Brexit gave hope for the reinvigoration of democracy, that ailing light of the West, in the United Kingdom; but if it had a purpose beyond these shores, it was in the repudiation of this whispering tyranny, in the living expression of freedom and courage over submission and fear. Long ago, a French philosopher lamented: ‘in Europe, the last sigh of liberty will be heaved by an Englishman’.

As the prospect of a new trade relationship with the US slips away, we may do well to commune with the history that our two countries share. A little more than a century and a half ago, Abraham Lincoln said that ‘government of the people, by the people, for the people, shall not perish from the earth’.

The struggle must go on.

About a hundred years ago, some Irish politicians were trying to separate their country from the United Kingdom. The Anglo-Irish Treaty did not resolve the issue, and the divisions it caused still shape the politics of the Republic today. But that treaty was not the end of the matter. Treaties, after all, can be revised. Of course, constrained by size, Ireland’s quest for independence has never found its mark.

Our situation is much more hopeful. To say that Britain is a great country is not to seek refuge in nostalgia. We are connected by history and by language to robust, liberal, and likeminded democracies in every quarter of the globe. We are one of the largest economies in the World and London is the only world-city in Eurasia. Our culture reaches every continent. We are the second military power in the West and our security services are second to none.

Such a country will not be able to abide a state of dependence for very long.

We are surely edging closer to the hour when the hulk of Theresa May’s premiership is hauled off to the breakers’ yard. That moment is unlikely to inspire any Temeraire-like depictions – Tracey Emin’s ice-cream parlour sign in St Pancras is probably the closest we’ll get.

Future British governments will have to unravel these chains. The tensions that they will inevitably foster both within the United Kingdom and between Britain and Europe will give form to British politics for as long as they remain in place. And the longer they remain in place as Britain strives to reinvent itself, the tighter the chains will seem.

It is our job – the job of all those who believe that the United Kingdom should be free to govern itself – to make sure that the next Prime Minister is committed to overturning the likely settlement between the EU and the UK, unilaterally, if need be. The Chancellor of the Exchequer, an insidious presence at the heart of government, must be removed as a matter of urgency. His implacable hostility to the verdict of the people, his refusal to make any contingency plans for a no-deal scenario, brought us to this impasse.

In the longer term, we must work to strengthen links with all the major political parties, with a view to the next General Election, and to support those MPs who have upheld the result of the referendum in the House of Commons. And pro-Brexit organisations must continue to hold up their message, to dispel pro-EU propaganda, and, above all, to win over new supporters.

By its weakness and lack of courage, the government is about to transform Brexit into a permanent feature of the British political landscape. Many of us hoped for better things. But Downing Street’s death-spasm has put paid to even the most modest dreams. Instead of forging a new relationship with Europe, we now face decades of rancorous disputes and souring relations. For instead of certainty and security, we meet the thrall of capricious bodies in faraway places. There is no surer recipe for confrontation.

Some will see the collapse at Chequers on Friday as a victory; a stepping-stone to overturning the referendum entirely. This remains unlikely.

So in a perverse way, Brexit now seems more inevitable – but the road longer, and the journey more bitter. It did not have to be this way, but the oligarchy defends in depth. What judgement history will pass on Brexit itself is still undisclosed; the judgement it will pass on our leaders in 2018 is rather more predictable.

The cause is still a worthy one – for all the reasons we have expressed in the last two years, and all the way back to Maastricht. It is worthier still in light of July 6th and Mrs May’s Declaration of Dependence.