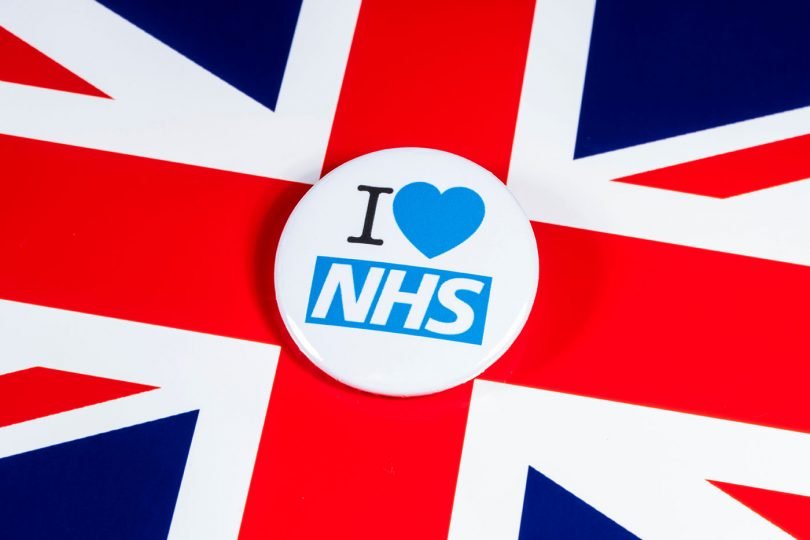 A British Medical Journal Editorial of 26 May 2018 headline stated that : ‘Brexit is bad for our health, and can be prevented by a people’s vote’ In a reply published yesterday in the BMJ Dr Graham Gudgin argued that Brexit has not harmed the NHS and is unlikely to do so.

Brexit could affect the NHS firstly through its impact on the UK economy. A smaller economy would result in reduced public expenditure, although the NHS might continue to be protected. A second way is through potential immigration controls affecting the inflow, and perhaps retention, of EU nationals working in the NHS.

The Treasury, Bank of England, LSE and others have estimated the potential economic effects of Brexit, but it is difficult to get a clear, credible, or consistent message from them due to differences in the estimates and to their impenetrable and varied technicality. Gross exaggeration of the negative impact of Brexit has been commonplace[i]. The Treasury published two lengthy reports during the referendum campaign.[ii][iii] The predictions in its short-term report have proved embarrassingly wrong. The predicted year long recession, half million increase in unemployment, and higher taxes have not materialised. In fact, the opposite has occurred, with a fall in unemployment of 279,000[iv].

We will not know for many years if the Treasury’s long-term Brexit predictions are similarly incorrect, but research with (remain voting) colleagues at Cambridge and Ulster Universities to replicate the Treasury methodology revealed major flaws that quadrupled the predicted negative impacts.[v] Other official bodies including the OECD used similar flawed methods. The Treasury refused to discuss these points but has now dropped its original approach, instead adopting a more theoretical American model.[vi] Academics using the same American model obtain an impact of Brexit only one third as negative (2.5% of GDP) as those predicted by the Treasury (7.7% of GDP).[vii] Such exaggeration is not unexpected: Treasury civil servants serve Remainer chancellors (George Osborne and Philip Hammond) and can hardly undermine their masters.

Our own economic modelling predicts that per capita GDP may be temporarily smaller in the early 2020s compared with a non-Brexit outcome, by around 1.5% but will quickly recover. Our estimates are less optimistic than those of Economists for Free Trade who use a different modelling approach[viii], but we both view the long-term impact of Brexit as positive. Tax revenues may also be smaller in inflation adjusted terms, but not by much and only temporarily. Moreover, higher inflation is reducing the UK’s public debt to GDP ratio, allowing scope for higher spending if the government wishes.

Hence there is little reason to agree with the BMJ Editorial headline of 26 May 2018 (online 23rd May)[ix]:  ‘Brexit is bad for our health, and can be prevented by a people’s vote’. The BMJ’s conclusion was based on an essentially economic argument that it was not obvious that the BMJ had the expertise to evaluate. There is no need, in our view to spread alarm across the NHS. The economic impact of Brexit is unlikely to be sufficiently negative to have much or any impact on expenditure on the NHS.

Staffing Reality has been benign

Huge publicity has also been given to potential problems with EU staffing in the NHS, but the reality has again been benign. NHS headcount data for England up to January 2018 shows that the number of EU national staff has risen by 7000 (12%) since the beginning of 2016. Post-Brexit migration controls may mean the NHS sees a switch in staff from EU to non-EU nationals, but a long-term fall is unlikely. Rather than worrying about Brexit, to protect the NHS’s medical workforce the UK should relax its ludicrous restrictions on medical training places and cease poaching staff from poorer countries.[x]

[iv] Office of National Statistics. https://www.ons.gov.uk/employmentandlabourmarket/peoplenotinwork/unemployment/timeseries/mgsc/unem. The latest figures are for Summer 2018.

[vi] House of Commons Exiting the EU Committee. EU Exit analysis. 2018. https://www.parliament.uk/documents/commons-committees/Exiting-the-European-Union/17-19/Cross-Whitehall-briefing/EU-Exit-Analysis-Cross-Whitehall-Briefing.pdf. The new model is believed to be the GTAP general equibrium model of Purdue University. General Equilibrium  models  are theoretically rigorous but use unrealistic assumptions to make them tractable. The other main class of models are structural econometric models which estimate economic behaviour based on past historical data rather than economic theory.

[viii] https://www.economistsforfreetrade.com/publication/a-world-trade-deal-the-complete-guide/.  The EFT use a general equilibrium model whereas our CBR model is structural econometric model based on a wealth of historic data. See https://www.cbr.cam.ac.uk/fileadmin/user_upload/centre-for-business-research/downloads/working-papers/wp472.pdf