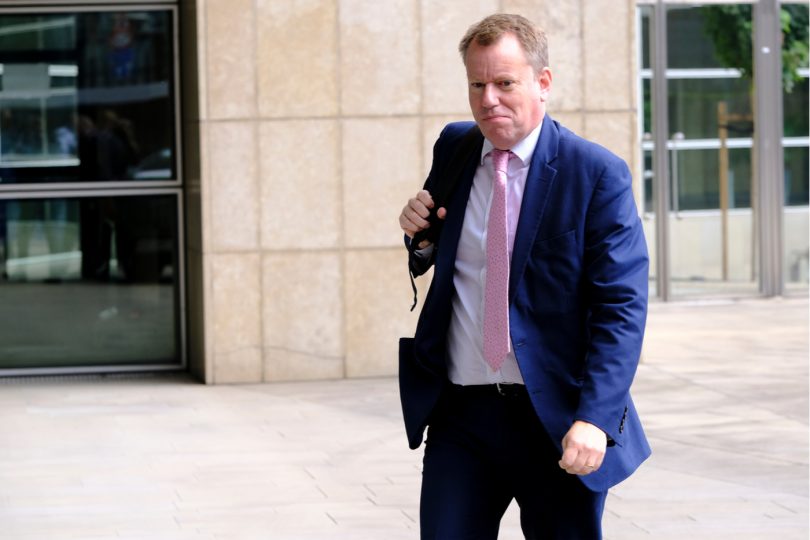 Lord Frost was not only an effective negotiator but also one of the few UK ministers to fully grasp the intellectual case for Brexit. His resignation looks to have resulted, at least in part, from the UK government backsliding on the Northern Ireland protocol and failing to take bold moves in areas like regulation to realise the potential benefits of Brexit. There is now a real danger the UK will drift into a damaging position of de facto alignment with the EU across a range of areas.

Make no mistake – the resignation of Lord Frost as UK Brexit minister is a massive blow for Brexit supporters and a huge victory for the EU and for UK Remainers and crypto-Remainers. It represents a major risk to the achievement of a genuine and enduring Brexit.

Frost proved himself an effective negotiator, as the near-universal dislike he provoked in Brussels showed. But perhaps more importantly, he was perhaps the only UK cabinet minister to fully grasp the intellectual case for Brexit and how Brexit needed to be implemented for it to work. His loss leaves a massive gap that is most unlikely to be filled by his replacements.

Although the reason for Frost’s departure has been officially claimed as covid restrictions, it seems very likely that the real cause was Brexit-related. The main issue is the Northern Ireland protocol. In the months leading up to last November, Frost had repeatedly warned the EU that he was prepared to use Article 16 of the protocol to suspend some of the provisions damaging the Northern Irish economy, if the EU did not agree to changes via negotiations.

But from November, the UK government line softened and negotiations were allowed to drag on, fruitlessly. The EU had called the UK government’s bluff and the government had caved in. Worse still, Frost’s negotiating position was publicly undermined by a series of ‘briefings’ by UK officials that suggested the UK was no longer pursuing key aims such as ending the role of the European Court of Justice (ECJ) in Northern Ireland.

The second, linked, issue has been raised by Frost himself – the failure of the UK to take advantage of the economic freedoms offered by Brexit. From an economic perspective, the potential benefits of Brexit are largely about doing things differently and better, especially in the areas of trade and regulation. But the UK has moved very slowly in both areas.

It is true that a trade agreement has now been signed with Australia, and another in principle agreed with New Zealand. But at the same time, the government has presided over the creation of a trade and agriculture commission stuffed with protectionists and EU supporters which may dilute the benefits of these deals and prevent new ones.

More importantly, changes to regulation have been minimal. This is where the really big gains from Brexit are likely to be found – there are big upsides to be had from removing the most damaging EU regulations in industries like financial services. Yet almost nothing of note has been done here. Various bodies have been set up to study possible changes in regulation, in a classic bureaucratic delaying tactic, but there are few signs that their suggestions will be acted on. Instead, the government has tried to fob Brexiteers off with trivial suggestions such as bringing back pint bottles of Champagne – spin over substance.

On top of this, the government has also taken the baffling step of raising taxation to a decades-high level even before the UK has fully emerged from the covid downturn, has done nothing in the desperately urgent area of tax reform, and has proposed a raft of eye-wateringly expensive green policies. So structural or supply-side policy more generally has gone in precisely the wrong direction. The prospect of the current policy direction leading to a dynamic post-Brexit economy over the long run looks remote.

There could be even worse to come. Frost’s departure opens the door to the UK caving in to various Remainer lobbies on a variety of fronts and drifting back into alignment with the EU in a range of areas – doubtless all done in the name of ‘pragmatism’.

The first of these will be Northern Ireland. The government has already signalled a climbdown on the role of the ECJ, indicating its willingness to accept a model of dispute resolution similar to that previously proposed by the May government and used in the EU’s agreement with Ukraine – basically a one-sided vassal state position where the ECJ will take all the important decisions behind the scenes, as Martin Howe has set out.

The recent statement by new Brexit negotiator Liz Truss is carefully worded to permit such an arrangement, referring to the ECJ not having the ‘final’ say in disputes. It might not appear to have the ‘final’ say on the surface, as decisions will be officially taken by a dispute panel – but prior ECJ interpretations and rulings on EU law will have already decided the issues.

Further climbdowns on Northern Ireland are now likely which will mean that the economically damaging NI protocol largely stays in place. Indeed, this now looks inevitable as the UK’s backing off from using Article 16 means the EU has no incentive to agree anything and can continue its pattern of the last year of stonewalling or offering partial or non-solutions to protocol-related issues hedged around with other demands on the UK.

This is not just bad news for Northern Ireland but for the whole UK. Northern Ireland remaining tied to the EU single market, VAT system and – partially – customs union will be a big drag on the UK as a whole pursuing bold moves in trade and regulatory divergence from the EU. The more the UK diverges, the bigger the trade frictions created by the protocol and the economic costs to Northern Ireland will be, and the more reluctant the UK will be to engage in such divergence. The application of EU competition law in Northern Ireland may also have impacts on competition cases in the rest of the UK. This is precisely why the EU has been so determined to keep the protocol in place – not the ridiculous assertion that the protocol prevents the single market being undermined by a few billion pounds worth of cross-border Irish trade.

A drift to EU alignment would leave the UK in the worst possible position – being subject to regulations over which it has no input (and so can be – and will be – framed to damage UK interests) while not benefitting from trade easements with the EU. Such a lose-lose scenario will quickly lead to calls for the UK to rejoin the EU – which of course remains the ultimate aim of those pushing for alignment. Brexiteers should not imagine that such people have been marginalised or given up. They are strongly represented in the cabinet and among the close aides of the prime minister – and are now in the ascendant.