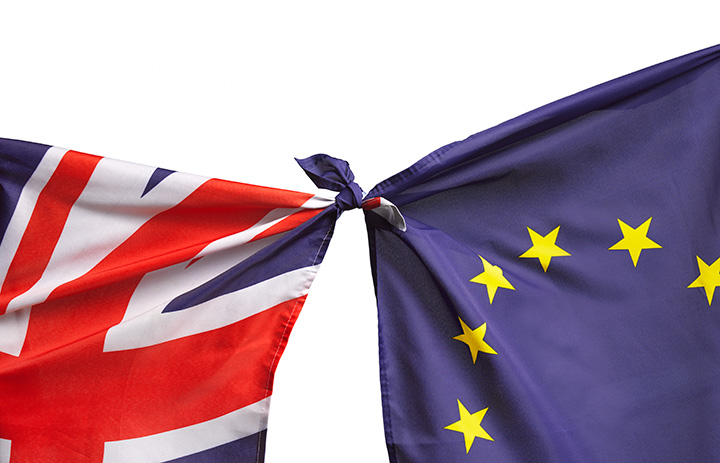 Brexit in name only, or ‘BRINO’ is back. Four months after leaving the EU customs union and single market, the UK has failed to signal a decisive divergence from the EU economic model. Significant new trade deals with third countries remain stuck thanks to protectionist agricultural interests, and regulatory changes have been minimal. Worst of all, the government is being sucked towards dynamic alignment with EU agricultural rules thanks to the problems being caused by the Northern Ireland Protocol. This threatens to derail Britain’s global ambitions entirely and leave it an economic satellite of the EU.

If Brexiteers thought that January 1st, 2021 marked the final end of attempts to impose a fake ‘Brexit in name only’, they have unfortunately been proved wrong. The campaign for BRINO, which came so close to success under the Premiership of Theresa May, is alive and in rude health. The same coalition of the EU, UK Remainers and pliant business interests that first pushed for BRINO has been running a concerted campaign over recent weeks to revive it. This campaign has a very real chance of succeeding.

As Lord Frost has correctly said, the purpose of Brexit is divergence. Divergence from a damaging and stagnant EU economic model that has impeded the growth of the UK economy in recent decades. Concretely, this means the UK pursuing a genuinely independent trade policy and moving aggressively to alter or scrap harmful inherited EU regulations. But this is not really happening.

On trade policy, it is true that the UK has had a lot of success in rolling over deals with third countries that were initially agreed when the UK was part of the EU. Indeed, the UK has done this much faster than many commentators thought possible. But in terms of new deals, the ledger remains essentially bare. The Japan deal last year did include a few extra elements on top of the previous EU-negotiated deal, but nothing very dramatic.

The UK has missed its chance to agree a substantial deal with the US, having started far too late and thus fallen victim to shifts in the US political scene. Nothing here can now be expected for years. And crucially, deals with Australia and New Zealand have still not been finalised.

These two deals matter so much because a key part of them should be decisively to break away from the protectionist agricultural policies the UK inherited from the EU and open the UK market up to alternative high-quality food supplies. Apart from lowering prices for UK consumers and widening choice, this will also lead to the UK becoming less reliant on the EU for food imports, an important consideration given the EU’s willingness to use cross-channel disruption as a form of leverage. The EU provides around three-quarters of UK food imports, but before EU membership, the UK got over 60% of its food imports from non-European sources and 25% from the ‘Old Commonwealth’. Shifting back towards the pre-EU pattern makes strategic and economic sense.

The Australian and New Zealand deals should have been easy to complete. But a key factor holding them back has been an alliance of UK Remainers and protectionist agricultural interests, combining most notably in the UK’s Trade and Agriculture Commission (TAC). These interests have been using scare tactics to push an agenda based on the UK sticking close to – or even continuing to replicate – EU sanitary and phytosanitary (SPS) rules. These SPS rules act to exclude a large share of food imports from third countries, often with little or no scientific basis. Worryingly, the influence of the TAC and related interests appears to be significant – this may explain why the UK has apparently made very weak offers of market access for agricultural goods to Australia and New Zealand in talks so far.

Northern Ireland is also being used to push the BRINO agenda, as recently argued on this site. The Northern Ireland Protocol is proving unworkable largely because of the imposition of EU SPS checks on food supplies from Great Britain to Northern Ireland. Even though these checks have not been fully implemented, they have already led to absurd outcomes such as second hand tractors being barred from entering Northern Ireland due to having too much dirt on them, export of trees to Northern Ireland for environmental projects being blocked, and ponies being held at Belfast port for months.

The EU, some Northern Ireland business interests, and various Remainer lobbies are now arguing that if the UK permanently mirrors EU SPS regulations, these problems will go away as most checks could be dispensed with.

It is important to note at this point that the UK is already mirroring EU SPS rules – the UK agreed to this as part of earlier negotiations with the EU about Northern Ireland. So, the UK has already conceded, temporarily, a key part of the BRINO agenda. But what is now being pushed is a formal, legally binding deal to tie the UK into copying and pasting current and future EU SPS rules.

There can be little doubt that the UK is being sucked in this direction. There have been various schemes mooted in recent weeks. One of these is a ‘temporary’ agreement on SPS that – cynically – might last until 2024 when the Northern Ireland assembly gets a chance to vote on the protocol. Another is a more complex arrangement where the UK might agree to align permanently in some areas. The EU has suggested, in its inimitable way, that the issue can be finessed if dynamic SPS alignment is called something else – a strong echo of the ‘disguised customs union’ agreed by the May government.

Dynamic SPS alignment would be the death knell for the UK’s global ambitions. It would end the prospect of meaningful trade deals with the US, Australia, New Zealand or other large agricultural suppliers. It would also probably scupper the UK’s ambitions to join the trans-Pacific CPTPP trade agreement (which requires that SPS rules be based on firm science).

The same kinds of issues are materialising in other areas of regulation. The UK financial establishment has now accepted that being a rule-taker from the EU is an incredibly bad idea. But there have as yet been no meaningful changes to UK financial regulations that would give the UK sector a competitive boost – despite ample scope for this. The freeports agenda has been much pushed by the Chancellor Rishi Sunak but there are, as yet, none of these. Reform of fishing regulations to end environmentally damaging practices by EU fleets is glacial.

Overall, it is clear that the UK’s ‘Global Britain’ rhetoric is not being matched by real action. The government is proving unwilling to make bold strokes on trade or regulation and is drifting towards expedients in the SPS area that would undermine the whole purpose of Brexit. There are elements within government that appear to be strongly pushing this agenda. The risk of BRINO is now higher than at any time since Theresa May presented her fake Brexit deal more than two years ago.

Harry Western is the pen name of a senior economist working in the private sector who prefers to remain anonymous.