If you haven’t caught up with this week’s new content on www.BriefingsForBexit.com then please do. We provide below a summary of it. This newsletter was sent out on the 8th of April 2018

If you haven’t caught up with this week’s new content on www.briefingsforBexit then please do. We provide below a summary of it.

BrefingsforBrexit helped set the media agenda over the Easter weekend, with a new report by emeritus research professor at the London School of Economics Gwythian Prins.  Here is the link to the Times article: https://www.thetimes.co.uk/article/brexit-academic-says-eu-will-collapse-like-soviet-union-vbhvsz7k6 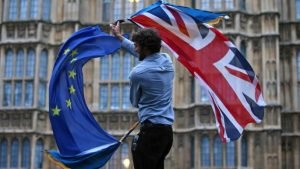 The Times article noted that in a paper produced for Briefings for Brexit, Gwythian Prins, an emeritus professor at the London School of Economics, said that the failings of the EU meant that the bloc would not outlast a human lifespan. “The European Union has similar characteristics to the Soviet Union and will suffer a similar fate within a generation. Prins said that its “mounting complexity and declining legitimacy” had already sowed the seeds of its demise and Brexit was merely the start.”

It reports: “Prof Prins claims there is growing anti-EU sentiment, including Britain’s “clear sighted” Brexit vote “just in the nick of time”. All this evidence of citizen rejection while the ‘project’ responds with further acceleration has plainly taken the EU into the zone of risk of collapse,” he wrote. “And that is where it stands, shakily but defiant, belittling, bullying, hoping to dishearten the British in order to deter other prospective escapees.”

In a follow-up interview on the Radio 4 Today programme on Saturday morning Professor Prins argued his view that since the EU was a slow-growing market and vulnerable to political collapse, the UK was correct to seek a new role in a wider world especially within the context of a Commonwealth growing faster than the EU.

Dr Graham Gudgin was invited to appear on a discussion on the BBC1 discussion programme ‘The Big Questions’ with Nicky Campbell on ‘Brexit and the Good Friday Agreement. The invitation was withdrawn after the programme learnt that his view was that Brexit would have few implications for the Good Friday Agreement. We were told that the change was due to a need for gender balance. In the event his replacement, Victoria Hewson of the Institute of Economic Affairs, did a good job, but it would have been useful to have an economist on the panel to counter some of the claims made by others.

It has already clocked up over 1,500 views. So keep reading.

The report applies a research method to the EU that was created by the American archaeologist Professor Joseph Tainter, who has studied the factors behind the collapse of past empires such as Rome, Minoa and the Egyptian Old Kingdom.

“The ‘project’ is sixty one years old this month. Absence of cultural reproduction suggests that, like its older sibling (the Soviet Union), it should not expect to outlast a human life-span. In Tainter’s terms, people respond to sensed declining productivity of benefits from complexity quite logically, by opting to revert to a lower level of complexity commensurate with the public goods that they wish for and value. “Highly complex social organisations, Tainter reminds us, are recent in human history. If ‘loss of the umbrella of service and protection that an administration provides are seen as fearful events, truly paradise lost’ then collapse must be seen as catastrophe.  “But with his archaeologist’s sense of time-scale, Tainter ends by reminding us that ‘collapse is not a fall into some primordial chaos, but a return to a normal human condition of lower complexity.’ Collapse is not a synonym for catastrophe. It can be a salvation. “Think about what this implies for the logic of Brexiteers: ‘to the extent that collapse is due to declining marginal returns on investment in complexity, it is an economizing process,’ the archaeologist writes.

“So on Tainter’s analysis, we see that far from being a failure to adapt to the progressive advance of history by ignorant or stupid or culturally primitive racists “driven by nostalgia”, as Sir Vince Cable has just informed us from his taxi-cab sized political base, the decision to leave an EU that on political, economic and cultural indicators is squarely within the zone of risk of collapse, may be – actually is – the most appropriate and prudent response.”

Why I have decided to contribute to BriefingsforBrexit, Professor Robert Rowthorn.
(https://briefingsforbritain.co.uk/prof-robert-rowthorn-contribute-to-briefingsforbrexit/)

Robert “Bob” Rowthorn is Emeritus Professor of Economics at the University of Cambridge and Life Fellow of King’s College, Cambridge.

He says: ‘taking all of these arguments into account, I was on balance uncertain which way to vote. In the end, … I decided to “abstain”. Why have I now come off the fence and joined BriefingsforBrexit?

“The first reason is the publication of a thorough critique by Gudgin, Coutts, Gibson and Buchanan of the Treasury report on the long-run impact of Brexit on the UK economy.

Another reason for speaking out in favour of Brexit is that, whatever the merits of the original decision to leave the EU, it would now be a political disaster to abandon Brexit altogether or water down Brexit to the point where the UK remains in the EU in all but name. This would throw British politics into turmoil and leave a legacy of bitterness lasting for decades.

My final reason for speaking out is to help in a small way to strengthen the government’s bargaining position in its negotiations with the EU. The more public support there is for Brexit, the more likely is it that these negotiations will yield an outcome that is favourable to the UK. I think it unlikely that the diehard Remainers will succeed in their noisy campaign to derail Brexit, but their activities can only encourage the EU negotiators to take a hard line.  It is therefore imperative that, whatever our original views, those of us who now support Brexit should speak out.”

He concludes: ‘Instead of spending their time in probably futile efforts to derail Brexit, the diehard Remainers should devote their considerable energies and talents to the more useful task of helping to ensure that Britain prospers in a post-Brexit world.”

The operation of customs activity at the Swiss and Norwegian borders are a focus of interest as potential models for the UK outside the EU and especially for the Northern Ireland border. In this article Adrian Hill interviews a senior Swiss customs official with great on the ground experience. You may also be interested in the following link to the Director of Swiss Customs giving evidence to the House of Commons Northern Ireland Affairs Committee. https://www.parliamentlive.tv/Event/Index/869f8e74-a3d7-47ce-85f8-6f70fe6d9f12/

You may Have Missed

Retiring Australian High Commissioner Alexander Downer, made an inspiring valedictory speech at Policy Exchange in London on March 28th. Full of good sense and optimism, the speech described ‘remaining in the EU customs union’ as a “gross folly”. If you would like to be cheered up by a vision of closer relations with old and good friends of Britain, you can read the speech here:

We have also been busy on Twitter https://twitter.com/briefing4brexit retweeting the daily events that bring Brexit to the fore in the National News.

@jonredwood has been writing for @BrexitCentral about the reluctance of the Civil Service to carry out Brexit fully: http://commentcentral.co.uk/the-civil-service-must-stop-frustrating-brexit/

Redwood MP writes: “ I happen to disagree with the advice that the UK needs to keep on offering concessions, and needs a long additional Transition period following on from the 2 years 9 months wait to get out which should be the transition period. “

The Department for International Trade @tradegovuk has been busy tweeting good news about potential new trade deals post Brexit including a meeting with the Thai Deputy PM Dr Somkid Jatusripitak.

@Lawyers4britain also sent a strong tweet praising one of our recent blogs: “A whopper of a good piece by Prof Richard Ekins, published on @briefing4brexit. Contains a strong attack on the reasoning of the majority in Miller, & serves as a good summary of events up to the first stages of the Withdrawal Bill. “

We have enjoyed your engagement with us on Facebook. The Gwythian Prins Blog was liked and widely shared: Here is one conversation:

Louise Gannon Thank you! Half way through reading The Great Deception by Booker and North. The book of the moment if not the decade. Everyone, at the very least read the reviews on Amazon for a taste of what you will learn. Systematic lies, naivety, stupidity, negligence and laziness beggar belief. 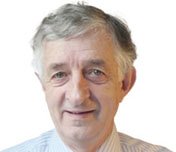 We look forward to Robert Tombs return from Australia where he has managed to speak up for Brexit.

We believe that we have already been challenging mainstream belief about Brexit. We have begun to be highly influential in the decision to leave the EU. Our writers are leading academics who are respected authorities in their fields. We aim to educate our critics to think differently and more positively about the long term impact of Brexit.

Do keep reading our posts, and tell others about us. We want you to share links to our quality content so that others can understand how Brexiting the EU can be good for the UK economy and for our own democratic governance. By sharing our content and articles we hope that we can increase public understanding of the real impact of Brexit on the UK.