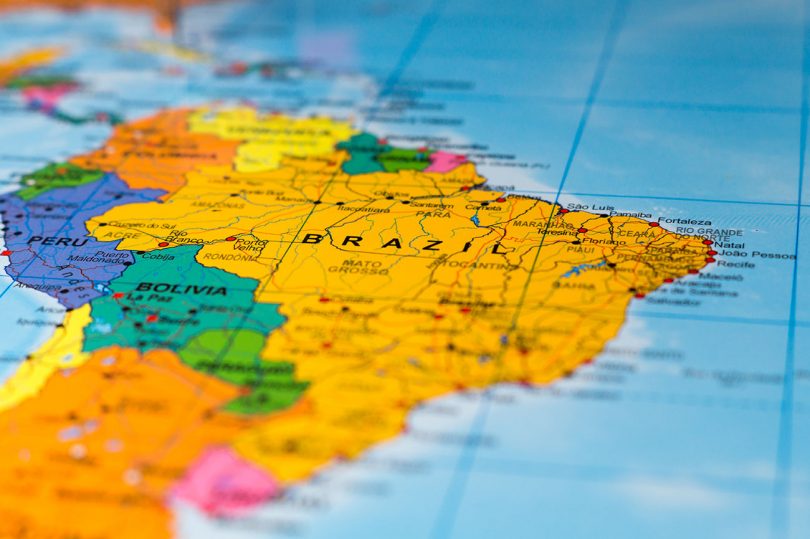 British officials are fairly sanguine about the effects of Brexit on Britain’s relations with Latin America – certainly relative to the generally pessimistic outlook of the majority of the British foreign policy establishment. Latin American officials speak in similarly positive terms. Much will depend on the decisions Britain takes as it negotiates its withdrawal from the EU, as well as the policies it adopts towards the rest of the world. What Brexit has done is cause us to reconsider Britain’s relations with the wider world, including long-neglected regions like Latin America. This can only be a good thing.

Boris Johnson’s recent tour of South America elicited rare media interest in Britain’s relations with Latin America. Speaking ahead of his trip, the Foreign Secretary announced his goal of ‘strengthening the UK’s relationship with countries in the region’. If this ambition could be realised, Johnson stated on his return, ‘realms of gold’ await Britain and Latin America in the post-Brexit era.

Certainly, there is much ground to recover. From a situation in the nineteenth century where Britain was the leading external political and economic power in Latin America, the decades from the First World War onwards saw a rapid decline in Britain’s standing in the region. In 2016 Britain supplied a meagre 0.9 per cent of Latin America’s imports, and received just 1.2 per cent of its exports. Dwarfed by the leading economic powers in the region (the United States and China), Britain also lags behind other European countries, such as Germany and Spain. Aside from the ongoing dispute with Argentina over the sovereignty of the Falkland Islands, Britain’s political and strategic interests in Latin America have dwindled to negligible proportions too.

In general, British officials are fairly sanguine about the effects of Brexit on Britain’s relations with Latin America – certainly relative to the generally pessimistic outlook of the majority of the British foreign policy establishment. Recent attempts by Britain to rejuvenate its status in Latin America stem from a policy initiated by William Hague when he became Foreign Secretary in 2010. In the speech announcing this policy, Hague promised to ‘halt the decline in Britain’s diplomatic presence in Latin America’, seeking instead, ‘intensified and equal partnerships with countries’ of the region.

Speaking in the aftermath of the referendum vote, Hague argues that ‘Brexit certainly doesn’t invalidate’ these ambitions. ‘If anything’, he goes on, ‘it adds to the importance of relations with the rest of the world’. Expanding on this theme, Jeremy Browne, who served as Foreign Office Minister from 2010 to 2012, believes that Brexit could allow Britain to think in ‘optimistic and positive terms about what new opportunities might arise in Latin America’.

Latin American officials speak in similarly positive terms. The Brazilian ambassador to the UK, Eduardo dos Santos, believes that ‘Brexit is an opportunity to increase our trade relations [and] cooperation with Britain’. Likewise, Mexico’s representative in London, Julian Ventura, is clear that ‘the UK is a strategic priority for Mexico, with or without Brexit’.

The more specific focus of Britain’s relations with Latin America in the post-Brexit era has been on the prospects of achieving free trade agreements. Here again, Latin American officials have been outspoken in their desire to achieve such deals. As the Brazilian Finance Minister Henrique Meirelles put it in September 2017, ‘we are ready to open discussions with the British Government’ on reaching a free trade agreement. Likewise, the Mexican Finance Minister, Luis Videgaray, stated in the immediate aftermath of the Brexit vote that a draft free trade agreement with the UK for the post-Brexit era was already in place.

Mercosur, the leading trade bloc in Latin America, has of course long been in negotiations with the EU to secure a free trade agreement. This task should be much easier for Britain without the necessity required of the EU to achieve consensus between all members of the union. Moreover, while a Mercosur-EU trade deal has been impeded by the protections for agriculture demanded by certain EU states – particularly France – this form of protectionism is much less pronounced in Britain. As the Brazilian ambassador in London puts it, whereas ‘the European market is very closed’ to agricultural exports from Brazil, ‘Britain is a free trade country’. At the same time, the desire to increase agricultural exports would be one of the major prizes for any trade deal by Latin American states.

While Mercosur may be the most prominent trade bloc in Latin America, there is possibly greater alignment between Britain and the countries of the Pacific Alliance – Chile, Colombia, Mexico and Peru. Whereas Mercosur countries like Brazil and Argentina maintain restrictions on foreign trade and investment, the Pacific Alliance countries are among those in Latin America to have most wholeheartedly embraced economic liberalisation. As the Colombian ambassador to Britain, Nestor Osorio puts it, ‘it is this group that is working for free trade, movement of persons, movement of services, movement of capital’.

Securing free trade agreements with Latin American countries is of course contingent upon Britain leaving the EU Customs Union and avoiding any new arrangement with the EU that limits Britain’s ability to strike new accords around the world. At the time of writing, these issues are fiercely contested, both in Parliament and within the Cabinet.

Even if Britain is free to secure new trade agreements in the post-Brexit era, it remains unclear how great a priority Latin America will be granted in Britain’s post-Brexit worldview. The Brexit vote certainly does seem to have increased Britain’s focus on the extra-European world, as expressed in the Global Britain strategy announced by the Prime Minister in her Lancaster House speech of January 2017. However, when moving from generalities to specifics, proponents of a Global Britain tend more commonly to highlight Asian countries – particularly China and India – as the country’s future partners, rather than those in Latin America. Thus when the Foreign Secretary advocates looking beyond Britain’s ‘immediate European hinterland’ to embrace ‘the rise of new powers’, it is to ‘China and East Asia’ that he refers in particular.

Regardless of the priority accorded to Latin America by Britain in the post-Brexit era, a broader criticism of the Global Britain strategy concerns the resources available to government to facilitate its implementation. As Britain negotiates its withdrawal from the EU – and seeks to strengthen old relationships with European countries on a bilateral basis – doubts have been raised as to whether it is possible to simultaneously establish new relationships with emerging powers in the wider world.

In the immediate aftermath of the Brexit vote, the government’s ability – or willingness – to do this seemed to be in doubt. In a hearing of the House of Commons Foreign Affairs Committee in December 2017, evidence from Foreign Office officials revealed plans to reallocate resources from Asia, Africa and the Americas to create 50 extra staff for European embassies. This comes against a backdrop of cuts of approximately 40 per cent in overall funding for British diplomacy. Trends such as this are a cause of alarm for those who would wish to see Britain enhance its links with Latin America in the post-Brexit era. Hugo Swire, who took over from Jeremy Brown in the Foreign Office in 2012, sees a danger in this context of ‘second and third tier countries [such as those in Latin America] slipping right down the agenda’ due to a lack of resources.

More recently, however, the Foreign Office has announced the creation of 250 new diplomatic posts, along with ten new sovereign missions, precisely to aid in fulfilling the Global Britain strategy in the post-Brexit era. Moreover, the Foreign Secretary’s recent trip, as well as the forthcoming visit of the Prime Minister to Argentina for the G20 Summit in November, suggests Latin America is at least registering on the government’s radar.

While there is clearly potential to strengthen Britain’s relations with Latin America – as is so often the case with Brexit – there is no guarantee that leaving the EU will result in this outcome. Much will depend on the decisions Britain takes as it negotiates its withdrawal from the EU, as well as the policies it adopts towards the rest of the world. What Brexit has done is cause us to reconsider Britain’s relations with the wider world, including long-neglected regions like Latin America. This can only be a good thing.