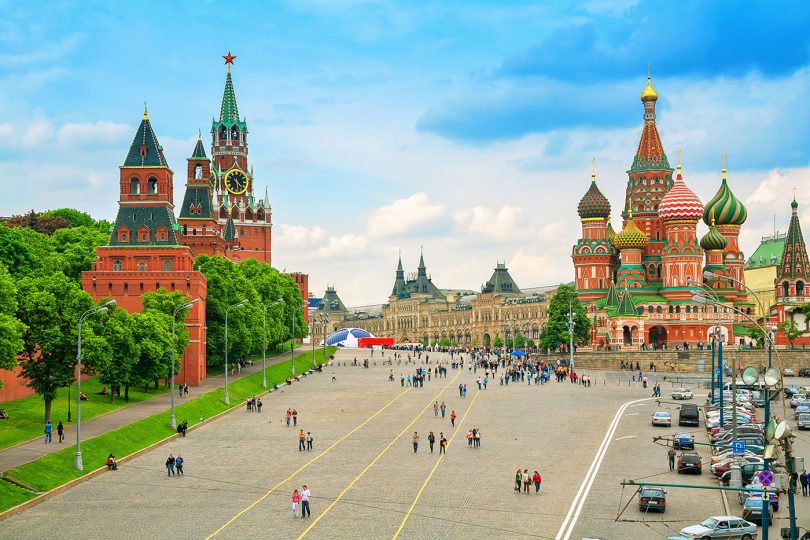 Whatever the outcome of the present negotiations, the UK will need a government seen to pursue a fresh agenda of confident change at home and purposeful ambition abroad.

The Kremlin’s record in understanding what drives other European countries, and the United States, is flawed. Moscow is obsessed with Washington, and tormented by the conviction that the collapse of the USSR was followed by the deliberate humiliation of Russia at the hands of the West, under American direction. This questionable narrative is valuable to the Putinist regime, and feeds into the understandable wish of the bulk of the population not to revisit the Soviet past but to see their 1945 victory as the justification for Russia’s claim to be a Great Power today, on a par with the United States. It follows that Moscow sees NATO as the threat, but sees the EU as being of lesser account.

There are ironies in this Russian interpretation. The EU proved to be a principal force behind the former Warsaw Pact countries and the Baltic states slipping from Moscow’s control. NATO membership alone would not have been enough, or even practicable without the EU. Russia appeared not to notice. The EU pursued ideas of greater or lesser promise to develop a “partnership” with Russia, discussed at regular high level meetings, again to little effect. Moscow’s consistent preference was to seek to work with individual EU countries, notably Germany. The Kremlin blamed Washington, not Brussels, for the fall of Viktor Yanukovich as President of Ukraine, despite the EuroMaidan protestors waving the EU’s flag, not the Stars and Stripes.

There are those in Brussels and in individual EU countries who still believe that Putin’s Russia will as they would see it resume a path towards a more liberal and European oriented future in due course, and that a more accommodative attitude on the part of the West now would eventually encourage them to do so. There may be no signs at present that this is a realistic prospect[1] but Moscow is of course attentive to divisions within the EU, especially concerning  policies towards Russia – and Ukraine. The Kremlin is, moreover, alive to the fact of wider problems within the Union and somewhat sceptical as to the prospects for their resolution.

It is reasonable to suppose that Putin and his circle were taken aback by the extent of the support given to the UK by EU member states over the attempted assassination of Sergei Skripal and his daughter Yulia, but the real damage to them across the board has come from the United States, with increased sanctions in response to a range of Russian policies. Given the strength of the dollar in the way the world financial system operates, US sanctions limit the ability of EU countries to ease the resulting burden on Russia.

The further development of the European Union, including its future relationship with the United Kingdom, will of course affect the Kremlin’s policies. The Russians can reasonably discount Ukraine being allowed by the EU to move beyond Association for the foreseeable future. That, and even more, NATO membership if it ever became a realistic possibility, would put paid to Moscow’s hopes of Ukraine returning to what is in the Russian view Ukraine’s natural home within Russia’s embrace. The Balkans are from the Russian point of view under greater threat. But again, for the Kremlin, it is the expansion of NATO into that area which is the principal concern. That may change as, when and if the governance and cohesion of the EU itself became more effective. In the questionable event that some viable form of Union-directed armed force became a reality, or that a more united and more broadly directed EU foreign policy might emerge, Russia’s need to take the EU more seriously than it now does as a necessary partner would develop along with those changes. But for now, Putin and his companions will concentrate on Russia’s relationships with individual EU countries, and exploiting differences between them. ‘Ever closer union’ is not as they see it in their interests, the possibility that it could one day be used to undermine the transatlantic relationship remaining speculative at best.

Britain’s decision to leave the European Union was in principle welcome to Moscow as being potentially disruptive to the EU and damaging to the UK. The immediate outcome is not yet clear. British standing would be seen to have been diminished if an eventual agreement with Brussels led either to the UK being in large part bound in by EU rules whose future development it was beyond London’s power to affect, or compelled to revert to full membership, in which case it could also expect to be treated with scant respect in Brussels itself or in the wider world. The theoretical options in either case of at some stage joining the Euro after all, or subscribing in some degree to the aim of ever closer union would be interpreted in Russia as well no doubt as in other countries as a final rejection of independent nationhood.

Whatever the outcome of the present negotiations, the UK will need a government seen as ready to pursue a fresh agenda of confident change at home and purposeful ambition abroad. “Seen” here is almost as important as what the immediate underlying prospects of elaborating such an agenda might be. It is as important in the Russian context as in the wider international field to build up and sustain our own and foreign citizens’ belief in the UK’s ability to exploit its inherent economic and political strengths. The apparent intention of the EU negotiators to compel the UK to commit, Brexit or no real Brexit, to following established and if possible future EU rulings in these fields suggests that they feel that they have reason to fear future British competition, despite our apparent present doubts as to how to go about it.

Russia is unlikely for now at least to face the structural economic and social changes that would eventually allow it to diversify and grow at a promising rate. Western sanctions are part of the problem, but it was the policy decisions made on Putin’s return to the Kremlin in 2012 – to eschew economic reform, to repress freedom further, and to reestablish, as the Kremlin would see it, Russia’s role as a Great Power – which led to the country’s difficulties. It would in principle be right to revive a dialogue with Russia on both political and economic issues, but without a wish on the Russian part to do so as well, either in general or in particular spheres, no practical agenda can be discerned.

The leading British interest in these circumstances will lie in the security field. The UK will, whatever the final outcome of the present negotiations with the EU, remain a leading military, intelligence and law enforcement power in Europe. That is not lost on Moscow. There is it seems a case for reestablishing our capabilities in these areas for its own sake. Like it or not, the perception is that we have neglected our armed forces, and that our domestic security arrangements are under pressure. Addressing this area will have its meaning not just in relation to Russia but also in developing a new relationship with the EU after our departure. Those EU countries that have a special sense of exposure to Russia will then still look to us to address common security interests. The UK’s commitment to its own security interests will also be critical for NATO as a whole, and our future relationship with the United States.

There are of course wider interests and possibilities in our post-Brexit relationship with Russia than the necessary immediate preoccupation with security matters. Those would include for example: our world financial role, which is important for Russian enterprises, whether private or state; our commercial assets; the authority of our courts and legal system as reliable international arbiters; our position at the UN; our ties with Russia’s neighbouring states and the wider world; and our media and cultural resources. It is beyond the scope of a brief note to speculate now as to how such subjects may be affected after the UK has left the EU, but worth reminding ourselves in the context of our relations with Russia that Britain remains a global power despite having voluntarily leased some of its sovereignty to the EU, and that there is in principle no valid reason why we should not in resuming them on leaving that Union exert them to advantage in future.