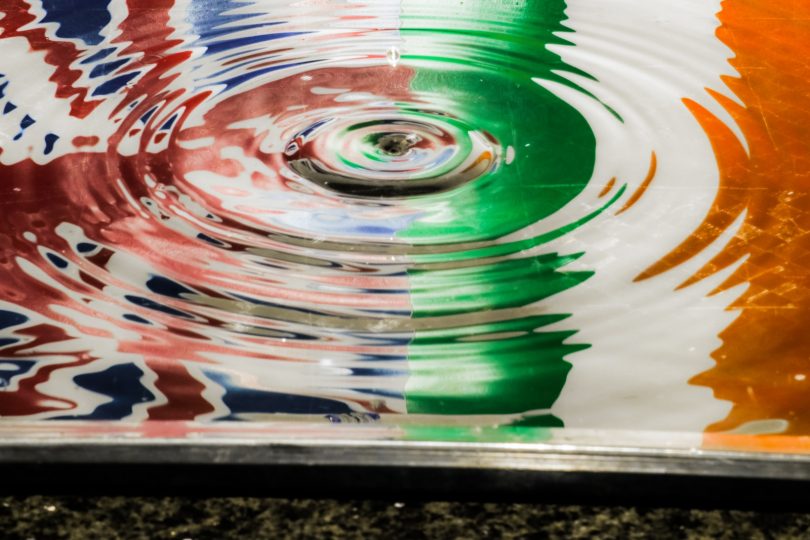 In this extended version of his recent article on the Spiked website, Graham Gudgin anticipates the hotting up of differences between the EU and UK on the Northern Ireland. The threat of unilateral action by the UK has brought the EU to the table. On Wednesday we will see how much it is prepared to move.

It is ironic that just as Lord Frost at the Tory Party conference was to about to repeat for the umpteenth time his intention to invoke article 16 of the Northern Ireland Protocol if necessary, Irish Foreign Minister Simon Coveney should tell RTE that he ‘understands’ that this will not happen. There was a time during Theresa May’s reign when a Coveney pronouncement had to be respected. Based on almost daily calls from de facto deputy PM David Liddington, he had an inside track denied to most of the UK public. But those days are long gone, and it is hard to know why he should claim to know David Frost’s mind.

In fact, Lord Frost has made himself crystal clear over recent months. Most recently, talking at the Conservative Party annual conference in Manchester, he clarified his expected timetable for the rocky road ahead in persuading the EU to pick up the gauntlet thrown down in his July Command paper. This proposed four key changes to the increasingly dysfunctional Protocol. The most important was to limit full customs declarations and checks for goods going from GB to Northern Ireland to those goods bound for the Republic of Ireland. Secondly, the Command paper argued that firms in NI should be allowed to work to UK regulations if their goods were not to be sold in the EU with medicines should be removed from EU control altogether. Thirdly UK control over VAT rates and administration should be extended, and finally the jurisdiction of the ECJ should not apply to Northern Ireland.

The Command paper contained no timetable, relying instead on Lord Frost’s preference for an agreed, negotiated approach to reform. The lack of any response from the EU has however made Frost sceptical that he will receive “a response which enables the significant change we need”. “We cannot wait for ever”, he said. “Without an agreed solution soon, we will need to act, using the Article 16 safeguard mechanism to address the impact the protocol is having on Northern Ireland”. The threat to use the article 16 get-out clause to legally suspend important parts of the Protocol will come as no surprise to the EU given how many times the threat has been made both by Lord Frost and by the Prime Minister. Indeed, the EU’s ambassador in London’s reaction to the speech was to say that it contained nothing new. The EU will also know that the PM is not only fully behind Lord Frost but is taking the lead.

What is new is the clarity on the timetable. The expectation is for an EU reply to the Command paper’s proposals within the next ten days. Frost says this should not be the usual litany of EU take it or leave it demands, but instead a basis for negotiation.  He envisages a short intensive negotiation over a period of around three weeks. He says privately that he very much wants to avoid prolonged disagreement and is aiming at a quick resolution.   “I personally believe”, he said, “that there comes a decision point, probably around early November when we know an agreement can be reached or it cannot and certain consequences flow from that”.

The UK Government is helped by the strong tone of defiance from the DUP in Northern Ireland. The new DUP leader, Sir Jeffrey Donaldson, has already blocked meetings of the North-South Ministerial Council, the key cross-border institution of the Good Friday Agreement, and threatens to bring down the Assembly requiring new elections which would in effect constitute a referendum on the Protocol. After a period of crying ‘betrayal’ (especially during the short-lived attempt of the Free Presbyterians under the leadership of Edwin Poots to regain control of the party they founded), the DUP leader is now ‘greatly encouraged’ by the PM’s intentions. The DUP has long come under the sway of those talented politicians who defected from the UUP at the time of the Good Friday Agreement, including Arlene Foster and now Donaldson, a kind of reverse take-over. Working with the Tories is their default course of action. The tone of demanding action from the PM may be tedious when this action has already been promised, but Donaldson has an Assembly election to win at the latest next May.  If article 16 is invoked the DUP will unjustly claim the credit, but that’s politics.

The other important clarification from Lord Frost is around what might happen if, and when, the rock of UK determination meets the hard place of an EU refusal to budge far enough. The UK Government is making it clear that it will make unilateral changes if the EU refuse to co-operate. EU, and particularly French, politicians make informal threats of tariff reprisals just as they threaten to cut off electricity to the Channel Islands if their demands on fishing licences are not met.  Until recently, any questions to UK officials about tactics were met with a breezy expectation that the EU would co-operate. This week the squeeze is tightening, and Lord Frost has said that the UK will react in a ‘robust’ manner if the EU launches a retaliatory war.

The parameters of the conflict are now set. The UK wants the Protocol reduced to the minimum practically needed to give the EU Single Market adequate protection without requiring a raft of unnecessary controls between GB and NI. In this it has the key advantage that it is the UK which must operate any checks and controls. The DUP want a restoration of NI’s integral place within the UK single market. Passions are high in parts of Northern Ireland, and I know from recent contacts with loyalists on Belfast’s Shankill road that the older members of the paramilitary groups are pessimistic that their efforts to restrain younger hotheads will survive a failure to get rid of much of the Protocol.

Matthew Parris, writing in the Times, berates the UK Government for riding what he calls ‘the orange tiger’. “Ministers are courting danger”, he wrote, “by implicitly using the threat of civic disorder by Orange loyalist ultras as an argument for suspending the Protocol”.  He sees Lord Frost as a bully boy, “with all the delicacy of a heifer in a minefield… a stranger to diplomacy”. (Parris must surely know that Frost was a career diplomat, UK ambassador to Denmark and among other things EU Director at the FCO). Frost knows the EU intimately and is well qualified to stand up to an organisation for which has shown that bullying is second nature. Parris’s warnings might count more if he had ever warned the EU, Ireland or the Americans for their repeated use of the threat of violence (presumably nationalist violence) as a key reason for avoiding a land border on the island. Theresa May joined Irish PM Leo Varadkar in stating that violence was a key factor in her acceptance that there should be no land border. Violence is always to be deplored but tends to occur when there is no democratic alternative to righting what are seen as serious wrongs, which is close to the current state of affairs in Northern Ireland. Even Parris now agrees that there are problems with the Protocol. We shall soon see whether this faith in the reasonableness of the EU in helping to sort out the problems has much basis.

It is true that the days of the EU greeting UK proposals on Ireland as ‘magical thinking’ or ‘delusional’ are long past. The mood across much of the EU is now more pragmatic. The exception is Macron’s France which appears up for any fight with post-Brexit Britain; in Parris’s words “hungry for a good quarrel to pick”. The Northern Ireland Backstop and its close successor the Protocol are a modern Versailles Treaty for the UK, which it is strongly in the national interest to overturn. Only a resolute insistence on fundamental reform of the Protocol will convince the EU that it is in its interest to settle the Northern Ireland sore spot and move on. The non-operation of much of the Protocol under the continually extended grace periods for supermarkets, medicines, pets and parcels during most of this year has demonstrated that the dangers to the EU’s Single Market are minimal. What is left is a mixture of over-emphasis on legality and a desire to punish the UK for its temerity in leaving the EU. Cool heads in Brussels can realise that digging a deeper hole is counter-productive. The priority now may be for them to give ground while saving face. Lord Frost can diplomatically help them to do so.

We are now in for weeks, perhaps months, of wrangling. On past form the EU is likely to propose inadequate reforms which it will describe as fantastically generous. Already it has tabled a new approach to medicines, a clear weak spot in the Protocol as it stands. Rumour has it that the EU will relent on banning sausages and chilled meats from entering NI from GB.  These ‘concessions’ will simply demonstrate that the controls were not needed in the first place. The obvious conclusion will be drawn that much of the rest of the Protocol is in the same category and should be scrapped. Lord Frost’s preference for a speedy resolution should also be what the EU prefers, but no-one is holding their breath.

An abbreviated version of this article appeared on the Spiked Website at https://www.spiked-online.com/2021/10/05/times-up-for-the-northern-ireland-protocol/