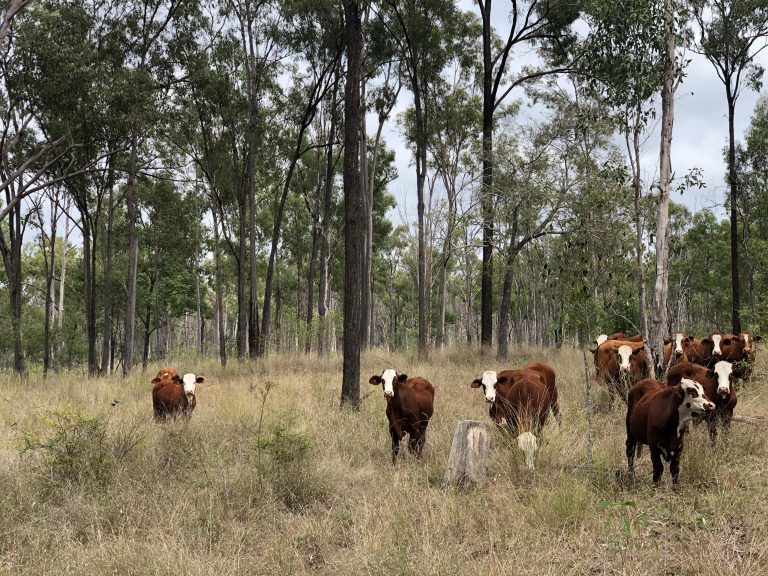 Why did the Telegraph publish a story taken directly from an environmental activist press release without checking the facts and ignoring the advice that the article did not reflect the Trade and Agriculture Commission’s findings? The activists’ obvious agenda is to stop the trade deal by blaming beef production for deforestation. The trouble is – in Australia’s case this isn’t true. Catherine McBride, a TAC commissioner and member of its Environment working group, sets the record straight.

Surely the Whitehall Correspondent could have found an absurd but true story to write about. Why did he suddenly take an interest in a story whose validity can be checked on the internet in minutes? And if he had done so, I am sure he would have gone back to writing about ‘partygate’ or whatever this week’s ‘crisis’ is entitled.

In fairness to the journalist, he did ask a ‘spokesman’ from the independent Trade and Agriculture Commission (TAC) who apparently told him that the TAC conclusions did not support the WWF’s concerns. But that didn’t stop him publishing the story. Nor did it stop him linking it to some equally unresearched articles written before the details of the trade deal were known.

As a member of the TAC, and part of the subgroup who researched the environmental concerns raised by submissions to the TAC, here is my rebuttal to the Telegraph article and unlike the Telegraph, I have added links to the data sources. But spoiler alert: none of this is secret information. All of it is from official, public websites, that could have been found by the Telegraph’s Whitehall Correspondent had he bothered to search for them.

Let’s start with the opening line: ‘An area the size of all the UK’s national parks combined will be converted into cattle farms as Australian companies gear up to supply Britain following a trade deal, the WWF has warned’. ‘Will be’ sounds very certain. So how much land would this be? According to the UK’s National Parks website: 2,313,800 hectares. That sounds like a lot of land to product a measly 35,000 tonnes of beef.

The Free Trade Agreement (in name only) will only reduce the UK’s very high beef tariffs over 11 years, keeping tariff free quotas for ten years starting at 35,000 tonnes and increasing to 110,000 tonnes in year 10 (not the 170,000 tonnes claimed in the Telegraph article, see Subsection 2B-2-2: Product Treatment if you want to check this), but then the UK may impose Product Specific Safeguards (PSS) from years 11 to 15 if UK consumers get over excited about having access to cheaper food. 170,000 tonnes is the PSS limit, 15 years after the deal is ratified.  A better article for the Telegraph would have been: Why is the UK putting tariffs on Australian beef when the UK imports between 250,000 and 290,000 tonnes of fresh, chilled and frozen beef each year, almost all tariff free from the EU?

The source of the article, the WWF, believes that this increase in Australian beef production will require ‘converting 10,000 acres of ‘virgin’ land to cattle farms’. Wait a minute: 10,000 acres is only 4,046 hectares close to the size of the average Australian farm and a tiny fraction of the combined area of the UK’s national parks. The WWF adds that ‘much of [the virgin land] could be deforested’. The operative word is ‘could be’. Clearing forests in Australia would be a very expensive way to create already plentiful grazing land. But clearing 4,000 hectares is nothing compared to their opening claim implying 2.3 million hectares would be cleared.

The WWF tries to justify its claim with the outrageous statement ‘cattle grazing is the leading cause of deforestation in Australia, with around 70% nationally ascribed to grazing’ but gives no citation.

Like all good propagandists they appear to have put two unrelated phrases together, one true and the other false, in the hope that readers will amalgamate them into one true statement. It is true that 68% of Australia is grassland but it is false that this grassland was created by ‘deforestation’ nor that 70% of deforestation is due to cattle grazing. Where does this claim come from?

The land to the west of the Great Dividing Range, a mountain range which runs the length of Australia’s east coast, is naturally grassland and was never dense forests like the coastal strip on the wetter, eastern side of the range.

The map below shows Australia’s agricultural production zones: the grey area (most of the map) is grazing – native vegetation; the light green area is grazing – modified pastures; and the dark green area is crop land and crop/pasture rotation. These three areas make up 346 million hectares – there is really no need to clear forests to create grassland in Australia. 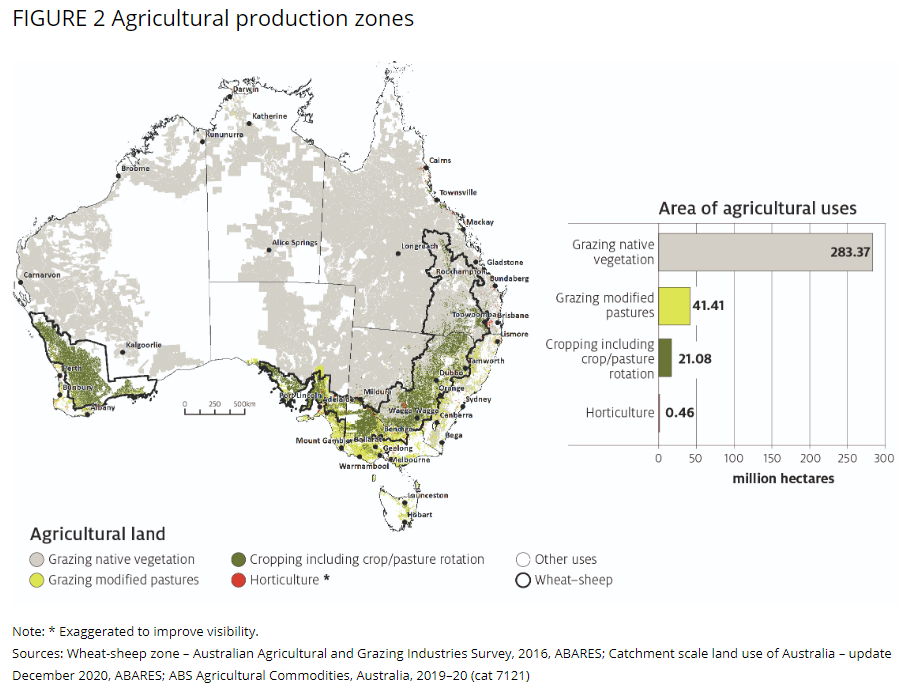 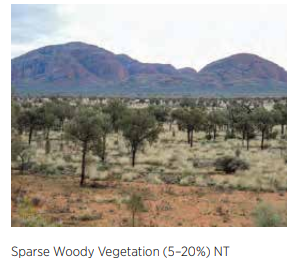 The other page in this report worth looking at is figure 6.17 on page 25. It shows the various types of ‘forest’ in Australia. When British people read the word ‘deforestation’, most of them imagine the Amazon, but in Australia that type of dense, tall tree forest is mostly found along the coast. If this land is ever cleared, (much of it is protected by national parks), it is cleared for urban development not for cattle stations, it is far too expensive for cattle. 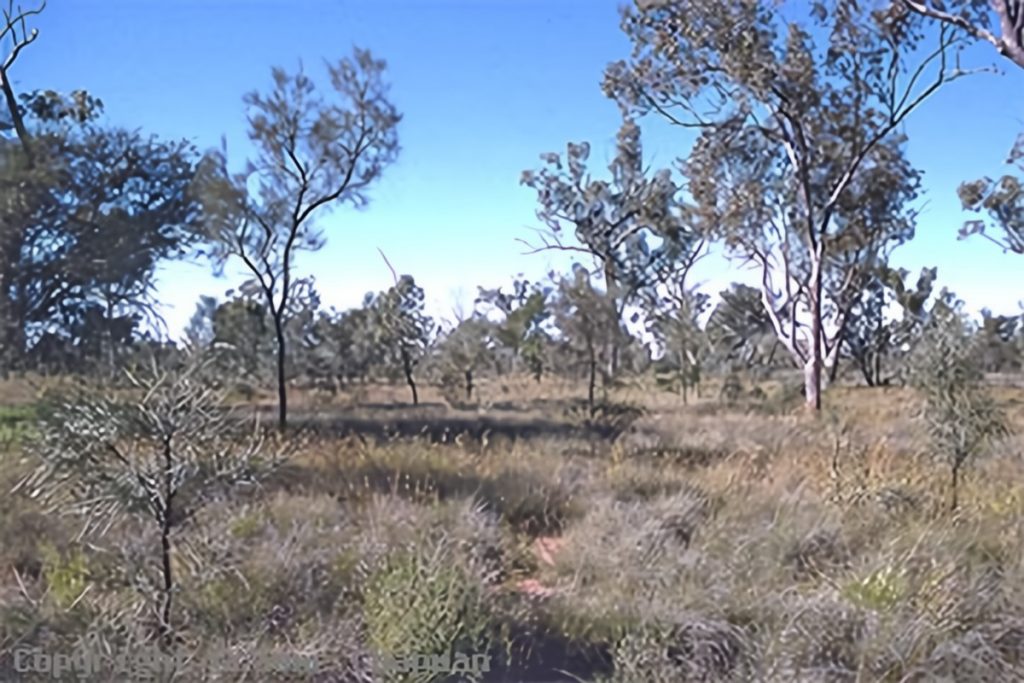 Each state in Australia has its own Environment Department. I recommend the NSW publication Woody vegetation change, Statewide Landcover and Tree Study (SLATS). Figure 7, on page 6, shows the location of the woody vegetation loss used for agriculture. The heaviest clearing is in the centre of the state where the flat plains are ideal for crop production. If you are wondering what type of crops, the map on the Cotton Australia website will give you a clue. The Warren, Narromine, Trangie area seems to line up with the highest area of woody vegetation loss on the NSW SLATS publication. This area was once the heart of the NSW wool industry but now, more and more land is being converted to cotton production. The Trangie Agriculture Research centre website has a video showing massive, cleared fields, planted with crops. In the distance you can see some remaining pastural land – you will recognise it because it still has trees.

So yes, some Australian land is being cleared for agriculture. But no, this has nothing to do with beef production or beef exports to the UK. But if the good people at the WWF are wearing cotton T-shirts – then this is on them.

It was also naive of the Whitehall Correspondent to name check the Australian Agricultural Company in his article without even googling them, and then to imagine that they would have to knock down some trees to increase their exports by a mere 15,000 tonnes. The Australian Agricultural Company (AACo) is not only Australia’s largest meat producer, it also has a website, it even has a page on sustainability and a five point sustainability plan with links to their sustainability documents. As well as lots of photos of grassy plains with cattle, grassy plains with trees and cattle, and grassy plains with trees and cattle and stock(wo)men on horseback. They’re not even using a helicopter. Their cattle have ear tags. I cannot imagine a worse example for the Telegraph or the WWF to have picked to illustrate what they believe to be environmentally unfriendly agriculture.

The AACo has ‘around’ 340,000 head of beef cattle spread across 6.4 million hectares of grazing land. To put that into context, according to Defra’s Agriculture in the UK 2020, the whole UK only has 10.042 million hectares of grazing land, but squeezes 9.6 million cattle in to them as well as 32.7 million sheep. The Minister for Defra thinks that the UK could be self-sufficient: for beef this would require increasing the UK’s national herd by another 2.5 million cattle according to The International Meat Trade Association’s very helpful document entitled The Self-Sufficiency Myth. I am therefore surprised that the WWF believes that for AACo to increase its production by 15,000 tonnes it would require deforestation, but they have no similar fears for the UK’s few remaining forests, should the Minister for Agriculture achieve his self-sufficiency ambitions.

Rather amusingly the WWF somewhat blew-up the NFU’s claim that the UK has the highest animal welfare standards in the world, by reminding readers that Australian farm animals are kept at much lower densities, 5 animals per square kilometre, than UK animals where 100 animals per sq. km (aka 100 hectares) is apparently customary, but also somehow a good thing in the opinion of the WWF – at least it is a good thing this year. Incongruously, the same WWF warned us in June 2020 that intensive agriculture, i.e., where lots of animals are kept in confined spaces, could be the cause of the next pandemic. So, the WWF should be delighted that the UK will be able to import more meat produced on low density Australian cattle stations, rather than falsely claiming it will cause deforestation.

Right now, Australia is home to 24.7 million cattle and 65.8 million sheep, producing 2.4 million tonnes of beef and 731,281 tonnes of sheep meat each year. The trade deal’s tiny quota of 35,000 tonnes of beef is only 1.5% of Australia’s present production, and the increase to 110,000 tonnes in ten years’ time, would be 4.6% of Australia’s present production. I feel confident Australian graziers’ will be able to achieve this tiny increase in production without needing to cut down a forest, or even clear any scrub land.

The only accurate statement in this article is that the trade deal is “damaging” and “one-sided” – it is. The one side who will benefit from this trade deal are the already heavily subsidised UK and EU beef farmers, who will have another 15 years before there is any genuine competition in the UK market. This will be damaging to UK consumers whose taxes are subsidising the farmers while they are forced to buy the farmers’ overpriced products, not that our politicians seem to care very much about UK consumers. Maybe the Telegraph’s Whitehall Correspondent should write about overlooked British consumers next time.