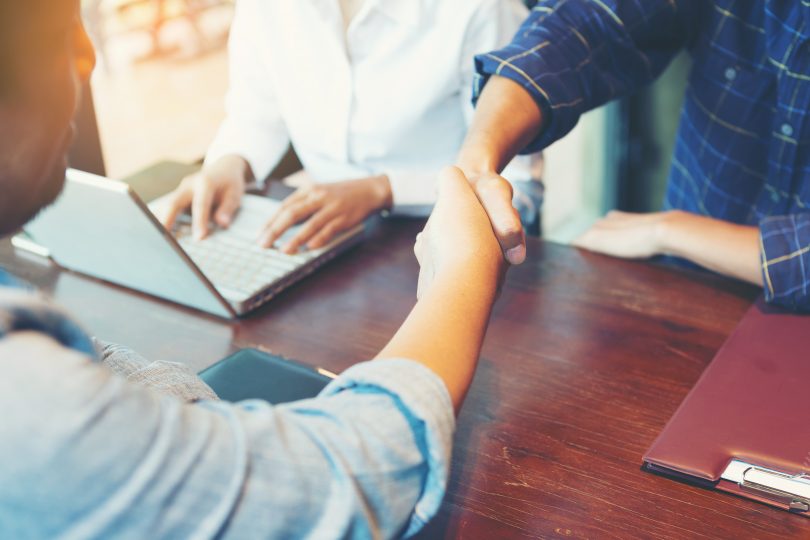 Former diplomat David Landsman asks ‘do civil servants “serve” citizens and are Ministers “ministering” to our needs?   How do we see these relationships and what does it mean?   In large, complex modern societies, advice – and instructions – are inevitable and often essential, though probably nothing like as often as they are provided. He would rather be a customer than a client.

By chance, I’ve encountered this question twice in the past few weeks.  First, sitting on an interview panel, a colleague decided to asked applicants for a job: “would you say our business has customers or clients?”   Like me, some of them seemed a bit puzzled at least at first.   I then saw the same question in a blog aimed at people working in sales, specifically those selling IT systems to businesses.   The advice there was clear: always talk about client rather than customer because it implies you’re aiming at a long-term relationship rather than a “here today, gone tomorrow” transaction.

This got me thinking.   When I was a diplomat, some colleagues used the term “client” in a particular rather old-fashioned way to refer to the country we were posted in or dealing with at the time.   The authorities of the country where our Ambassador was were his or her clients.   It never struck me as particularly complimentary and the usage has now more or less died out.

That said, the distinction obviously means something and merits further investigation.   At one level it seems straightforward, related less to permanence than to a long-established if slightly snobbish distinction between profession and trade.  A lawyer or accountant has clients, while a hardware shop has customers, even if you use consult the lawyer only once and visit the hardware shop every week for years.   Some services like hairdressers have customers: services indeed – but “not quite professional”.   Perhaps some other personal services do have clients, but that’s another matter.   Doctors have patients so are exempt.   Railway companies used to be exempt too, but they now claim to have customers, presumably because at least until COVID, they wanted to encourage your custom rather than to instruct you to stay away.   As the old saying goes, the customer is always right.  What about clients?   Are they always right too?

The distinction also plays into how we see the public space.   Social workers have clients, but their relationship with their clients is very different from, say, a lawyer’s.   They’re definitely providing a service.   With luck, their clients benefit from it, but they’re not paying directly for it and the terms of the relationship are set elsewhere.  Nor is there anything like the equal access to information required for a proper market to operate.   In many cases, these “clients” may not wish to be clients at all but may in practice not have a choice.   With the market element missing, even more than in the traditional professions with guild-like structures and strict regulation, the client’s role in the relationship has the potential to be quite passive.    They rely on the professional to do their best by the client.  No doubt most social workers (and for that matter lawyers and accountants) do exactly that.

My point here is not to suggest that clients should be expected to pay their social workers for a consultation, or even necessarily that they should be able to shop around between competing offerings, though that might not be a bad idea.   But, as the State is again on the march, there’s never been a more important time to ask how those who set the rules see us.   Do civil servants “serve” citizens?   Are Ministers “ministering” to our needs?   How do we see these relationships and what does it mean?

But let’s talk about us rather than them.   Are we customers or clients?      In the case of state-funded expertise, in addition to the difficulty of controlling cost in the absence of strict market disciplines, the most pressing issue is the client’s lack of agency compared with the customer, who can – in most cases – choose to go somewhere else or simply not buy.

This takes us to another word which merits examination: “[the] public”.   You rarely have to listen for long to a politician, commentator or activist before you hear talk of “the public”.   “The public believes…”, “the public should …” or even these days “the public has behaved well (or badly)…”.  When “the public” are being addressed, who exactly is talking?  Someone who’s not part of “the public”?   In a special category, working behind a door bearing the sign “Private”?

It’s not just during a national emergency that authorities seek to tell us what to do.   In large, complex modern societies, advice – and instructions – are inevitable and often essential, though probably nothing like as often as they are provided. But when they’re addressed to “the public”, it’s hard to ignore the sense that professionals experts and authorities are treating us as “clients” rather than “customers”.     They’re setting themselves apart, ex cathedra.   They’re no doubt working for our greater good, but it doesn’t feel as though we’re quite all in it together, when we can realistically imagine them talking behind closed doors about how to deploy the latest behavioural science insights to get “the public” to do what they have decided we should.   Real kings had subjects: do philosopher kings have clients?    Are clients entitled to question the judgements and motives of the philosopher royalty, without being accused of ignorance or worse?

Maybe I’m being pedantic (I did once study linguistics, so forgive me), but I think I’d rather be treated as a customer than a client, if it’s all the same to you.   As we consider the role of the State post-COVID, we might well think about how we’d all like to be treated.

David Landsman OBE is a public strategy consultant and non-executive director.   He was formerly a British diplomat and business executive.