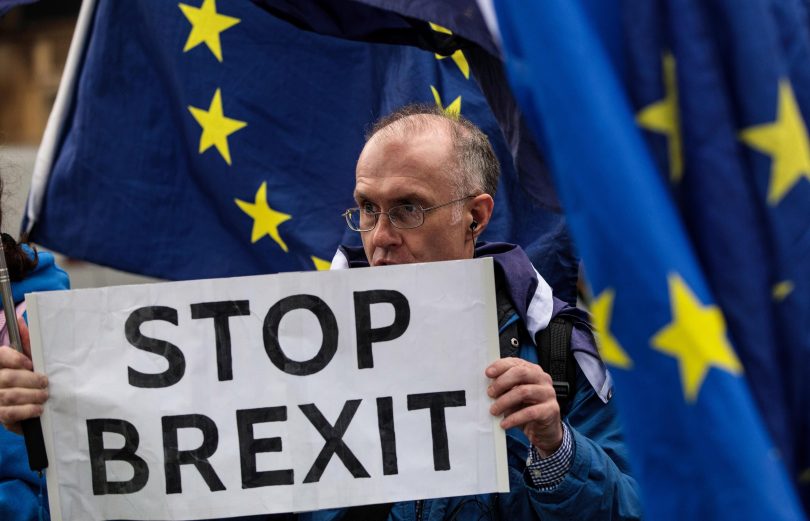 Remainers are not about to surrender their belief in the damaging nature of Brexit. While it is tempting to ignore their arguments as whingeing, if we want to receive a fair hearing from history it is important to continue to engage. This article takes Martin Wolf of the FT to task for his characteristic pessimism

As we start life in post-Brexit Britain, we might have hoped for an end to division but no such luck. Since Remainers know for sure that Brexit in any form will harm the UK economy, and also threaten the very existence of the UK as a unified state, they will blame Brexit for future difficulties as often as possible. It is tempting to ignore provocation, but the verdict of history is at stake. If we want to secure a fair hearing, it is important to continue to engage. Indeed, the future of the union may depend on avoiding charges that Brexit has damaged British prosperity.

One of the chief authors of this first draft of Remainer history is Martin Wolf, doyen economist at the Financial Times. An astute, and hugely well-informed economics writer, Wolf has right from the start criticised Brexit as ‘a stupid act of national self-harm’ and he shows no sign of letting up. His latest piece, a deal to end Brexit delusions (FT, Dec 29) reprised his constant theme. He wrote about the Christmas Eve deal, ‘it is inevitably a damaging deal for the British economy compared with remaining inside the EU. But it is far better than the stupidity of no deal.’

The deal first gets it the neck for its timing. ‘No responsible government would leave mere days for business to adjust to the complexities of the new situation. Still less would it do so in the midst of a pandemic’.  The main adjustments that businesses have to make concern customs arrangements including declarations and health certificates. Even if some final details have come late the need for these has been known about since the Withdrawal Agreement was signed a year ago. Whatever was going to be agreed, or not agreed, in the trade agreement, customs checks were always going to be necessary. Business has thus had plenty of warning and HMRC has spent many millions on publicising the need to prepare, including the need to get a customs registration number.

It is true that there is still official concern that large numbers of businesses have not bothered to register with HMRC or to take up their offers of training and advice. The worry is that many lorries will turn up at Dover without the correct certification leading to congestion, confusion and potentially aggravation. HMRC’s Operation Yellowhammer document assumed that failures of many businesses to adapt to new requirements might last more than six months.  We are about to see whether there is anything much in these fears, or whether firms are not registering because they feel they do not need to. One reason is that some firms may be rather occasional exporters to the EU and will register when they need to. Another is that some firms with a small volume of export business may prefer to drop continental customers rather than pay the costs of a customs agent or learn customs regulations.

Martin Wolf’s criticism follows a well-worn path for Remainers. The government in his critical sights is the UK government. He never blames the EU for any shortcomings including leaving agreement until Christmas Eve.  Negotiations appear to involve only one party. Anything that goes wrong is the fault of the UK. The implication is that UK negotiators should have accepted EU terms to get an early resolution. Or even better of course, not left the EU at all.

An apparent subsequent softening in Wolf’s tone a few paragraphs into his article might have lulled readers into a false sense of security. The Agreement reached at Christmas has some benefits he admits. These benefits of course turn out not to be material for the UK. The first is that the agreement allows the EU to get on with life without the troublesome Brits. The second is that the UK ‘will be able to separate reality from delusion’. The first delusion is the usual Remainer trope that Brexiteers said that agreement with the EU would be easy but have now learnt better. Brexiteers, it is true, argued that an FTA should have been easy between two countries which already had free trade, and which were fully aligned on regulations.  The UK-Japan FTA, for instance took a matter of weeks. It is also true that politicians close to the EU, like Nick Clegg, had warned that the EU would make life difficult and so it proved. With a half-hearted, and eventually completely lost, UK government led by Theresa May the stage was set for a fiasco, only rescued when a secure and determined administration took power in December 2019.

The second delusion is that the UK could ever act as sovereign equal with a much larger EU. Despite its deluded mindset, Wolf then confusingly admits that the UK has negotiated a good deal. We cannot be allowed to get away scot free, however, since ‘any future rebalancing will have a far bigger impact on the UK than vice versa’. The agreed deal is of course reasonably good for the UK despite the disparity in size because the EU had more to gain than the UK in absolute terms from free trade in goods due to its large trade surplus. As Wolf points out, exports to the UK are 15% of EU external trade, a not insignificant amount. This trade is proportionately smaller than EU trade is for the UK but is much larger in absolute value. It is important for a significant number of EU firms and communities. As in all trade agreements the advantages are mutual and reciprocal. Why the balance of advantage should be very different in future is not explained.

The final delusion concerns taking back control. ‘The British people are about to lose valuable opportunities to do business, live, study and work in the EU. They will not take back control over their lives but lose it’. Some of this is unlikely to be true, for example the right to study in the EU, but even to the extent it is true, it is a limited list. Taking back control always referred to the UK and could never include rights inside the EU. Rights already gained include the rather important early implementation of Covid vaccination and the abolition of the tampon tax. Others are control over agriculture, allowing the UK to give greater emphasis to conservation and the environment. Many will value the right already gained to ban the export of live animals and other examples are likely to follow soon. Martin Wolf dismisses control over EU migration because non-EU migration has risen. The rise is true but does not mean that greater control over EU migration has not been gained.

None of these arguments is very impressive and at the end of his article he falls back on ‘virtually all economists believe the UK will be significantly poorer in the long run’. Indeed they do, but the question is, are they right. We do not believe so and Wolf has never acknowledged contrary research. Wolf’s arguments are largely still speculative, and it will be some time before there is real evidence about the actual impact of Brexit. Until such evidence is to hand, would it be too much to ask Martin Wolf to write about something else.