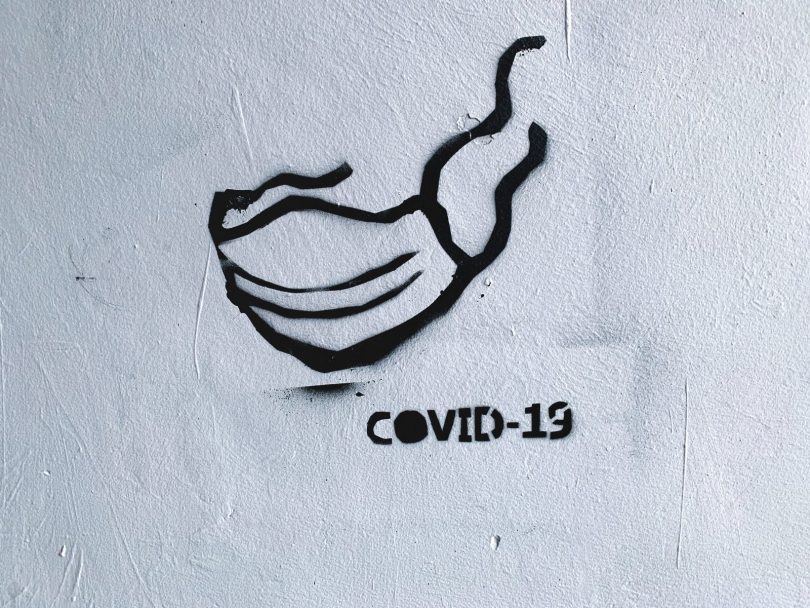 One of the consequences of the multiple datasets is that it becomes extremely difficult to give answer to one of the most pressing public issues relating to coronavirus; namely whether the epidemic has passed its peak. 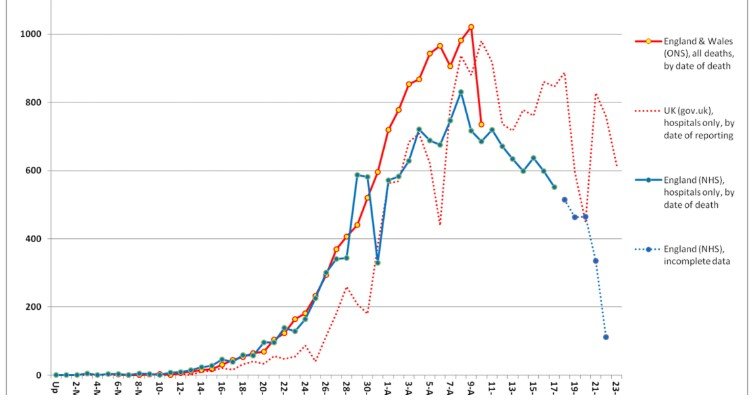 In the statistics on coronavirus in the United Kingdom, confusion reigns.

There are at present three competing sources of data on deaths in the UK of persons tested, diagnosed or suspected positive for coronavirus, as follows

The figures from gov.uk are redistributed worldwide, with minor differences, by the ECDC.

On delving into the notes and explanations on the respective websites, it becomes clear that the three sources are measuring different concepts, in terms of both definition, geography and timing, namely:

One of the consequences of the multiple datasets is that it becomes extremely difficult to give answer to one of the most pressing public issues relating to coronavirus; namely whether the epidemic has passed its peak.

While government, politicians and media continue to predict a forthcoming or imminent peak, all three sources seem to show that the peak in deaths has already passed, probably around April 10.

The differences between the three graphs are readily explicable in terms of definitions, but it seems to us that this is not the time to confuse the public.

To attempt some form of reconciliation of the multiple datasets, we assembled the cumulative data from these three sources. The advantage of working with cumulative data is that these data smooth out day to day fluctuations or inaccuracies, and enable us to see the underlying differences in timing and definition.

Our graph of the three datasets is shown below. The graph illustrates that the ONS figures, for the period for which they are available, are substantially the highest of the three sources, as we would expect since they include cases where coronavirus was not necessarily the cause of death. 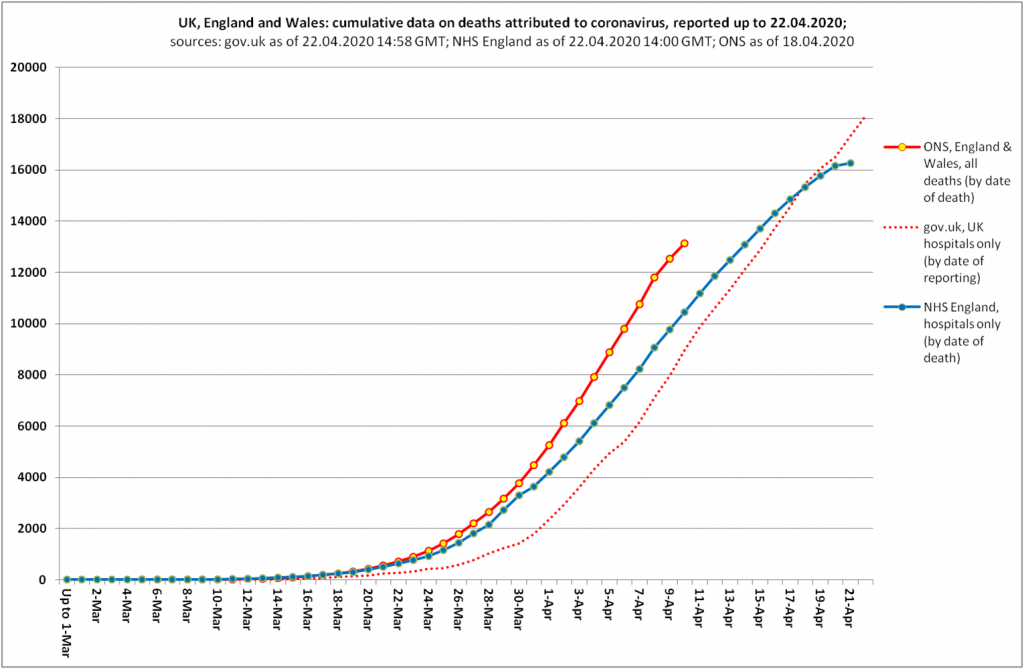 We then tested the three sets of data for statistical correlations. The best fitting equations were as follows;

(For the mathematicians in our audience: we ignored the “intercepts”, which are nonzero but not statistically significant.)

In plain English, what these equations are telling us is as follows;

We believe that the British government should now speak to the public with a single voice. Of the three datasets, the least useful is the gov.uk website which, on a daily basis, reports deaths that have occurred earlier. The ONS and NHS England both report deaths according to the dates when they occurred, which is what the public needs to know. The drawback of the data from NHS England is that they only cover deaths in hospitals. The two weaknesses of the ONS data are that they are late, and they include cases of suspected or diagnosed coronavirus which have not been confirmed by lab tests, thus exaggerating the impact of the epidemic.

The government should now give priority to presenting the ONS figures as the official story of the epidemic, with the following essential enhancements: