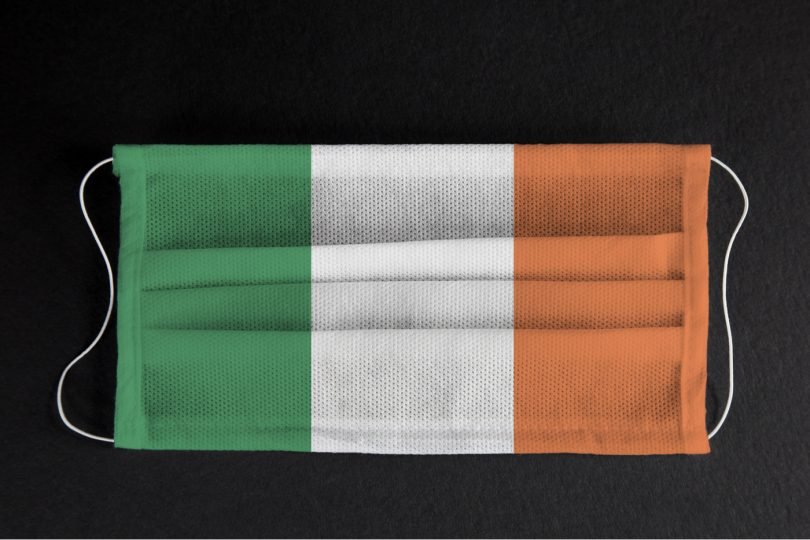 Just as Brexit was used by Irish nationalists to further the case for Irish unity and the breakup of the UK, the Covid epidemic is being held up as an example of poor governance in the UK and hence a further argument for Irish unification.

An article by a Queens University professor in the Irish Times last Tuesday argued that the Covid death rate was 50% higher in Northern Ireland than in the Republic of Ireland. BfB co-editor Graham Gudgin replied with a long letter in the Irish Times, explaining that these figures were wrong. In fact, Northern Ireland has a slightly lower death rate than the Republic.

The Covid pandemic has boosted the war of words over Irish unity, with arguments that failures in UK policy have increased the number of deaths in Northern Ireland. Just as China’s handling of the pandemic is being used as evidence in a battle of ideas of democracy versus autocracy, health policies are fuelling the contest over whether north or south provides superior government.

The argument spilled over into the pages of the Irish Times this week when retired Queen’s University sociologist Professor Mike Tomlinson provided charts to show how much better southern policy had been in keeping people alive during the pandemic (Irish Times, April 22nd, Coronavirus. Ireland is one island with very different death rates).

Tomlinson argued that the per capita death rate associated with Covid_19 in Northern Ireland is 50% higher than in the Republic. ‘It is reasonable to assume’, he said, ‘that the North’s higher death rates result from lower rates of testing, the lack of contact tracing, and slower application of lockdown measures compared with the Republic’.

Whatever comparative mortality outcomes say about Irish unity they are clearly important for guiding health policy on tackling the virus. However, north-south comparisons are inherently difficult and bedevilled by definitional differences. Given the current availability of reliable data it is not possible to reach any definitive conclusion and certainly not the conclusions drawn by Tomlinson.

Tomlinson attempted to compare all registered deaths from Covid whether in hospitals, care homes or the wider community. To do this he used the daily surveillance reports from the Republic’s National Public Health Emergency Team (NPHET) even though, as he admitted, this is an incomplete count of deaths. He did not mention that the coroner in Dublin had criticised these figures for their omissions. Nor did say that these included only certified deaths, i.e. those tested positive for the virus. Yesterday the NPHET added 113 extra deaths to its daily published total of 769 fatalities. These were ‘probably or suspected’ to be Covid-related but were not confirmed by tests, and were not included in Tomlinson’s total

For Northern Ireland, Tomlinson used the weekly statistics for deaths registered in Northern Ireland from the NI Statistics and Research Agency (NISRA). The figures included all deaths associated with Covid, whether confirmed or not, occurring up to April 10th even if they were registered later. Hence his north-south comparison did not compare like with like, and in addition we do not know whether the southern figures were based on date of death or the date the deaths were registered.

If we take the latest daily surveillance report figure for the Republic and add the 113 suspected but unconfirmed deaths, we get a per capita death rate of 182 fatalities per million people. We do not have an equivalent number for Northern Ireland for this week since the number of care-home deaths is unavailable. The latest number we have (for April 10th) suggested that care home deaths were one third of all fatalities. Increasing the latest daily figure for hospital deaths in the North by one third gives a per capita death rate of 177 per million people. Far from having a much higher death rate than the South, Northern Ireland appears to have a lower rate, although the safest conclusion for now might be that the two are much the same.

Tomlinson also tried to compare hospital deaths, but this means little since we do not know how many people are moved into hospital from care homes or the wider community in each jurisdiction. What is much more important is the fact that there are a large number of excess deaths in Northern Ireland, and throughout the UK, above and beyond those recorded as associated with the Covid virus. The number of deaths from all causes has shot up well above the normal number deaths for this time of year. By April 10th under a half of these excess deaths had been recorded as connected with Covid. The suspicion is that many Covid deaths are going unrecognised especially by GPs in care homes and non-Covid deaths may be also rising. For data on what people look for in a care home have a read of this from Lottie.

We can tell how many excess deaths are unaccounted for in the North because the UK produces weekly mortality figures for each region and calculates the average number of deaths in the same week over the last five years. The key point is that equivalent figures have not been published for the South, so we just do not know what is the true figure for excess deaths.

All of this is in any case much less important than the fact that death rates, North and South, appear to be well below those in GB irrespective of health policies. The relative isolation of an offshore island with population densities one sixth of those in England are likely to be the key factors. Even this shades into insignificance when we note that that New Zealand or Singapore with populations similar to the Republic have under 2% as many deaths.