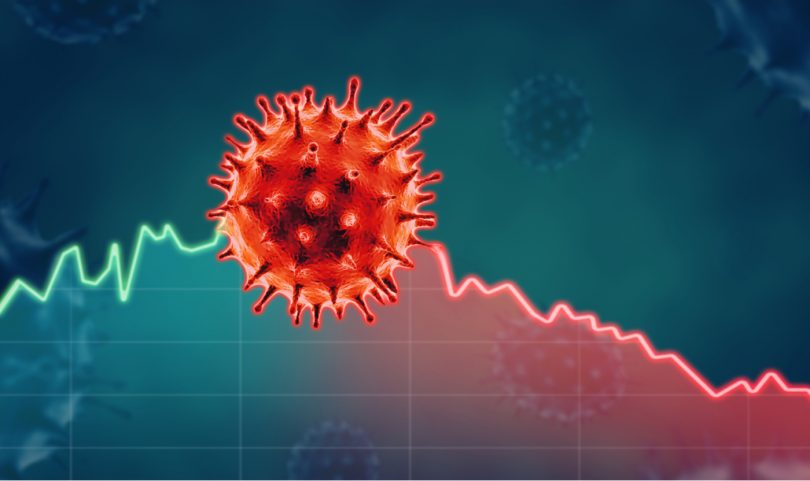 The UK government’s Covid policy is to focus on areas of high infection rates rather than adopting a blanket approach. Communications consultant Brian Morris asks why it’s not focusing on the population group most at risk, with a shift in policy and messages.

People in the Covid-19 high risk age group may remember that in the 60s TV science fiction series Star Trek Captain James Kirk and his space ship Enterprise encountered many strange civilisations, including one that had an original way of dealing with an ageing population. For the greater good of their society, when someone had reached an advanced age, they were, to put it bluntly, terminated. It was done in a way the Swiss would have approved of and accepted by the alien population.

The Covid pandemic also singles out the aged as well as people with serious health conditions. The magazine Nature reported at the end of August that ‘For every 1,000 people infected with the coronavirus who are under the age of 50, almost none will die. For people in their fifties and early sixties, about five will die’.

After the early sixties, the risk increases dramatically. ‘For every 1,000 people in their mid-seventies or older who are infected, around 116 will die’.

Kirk and his crew were shocked at mandatory death sentences by age Yet this alien civilisation at least recognised the uncomfortable truth: that those whose lives are nearing their end should not be preserved at any cost if this destroys many lives among the rest of the society.

I’m not suggesting the government should be hanging oldies like me out to die. But increasingly lockdown policies are seen as ineffective and damaging to the economy, increasing deaths from other diseases not diagnosed and treatments delayed. They are creating a mental health crisis, with high unemployment and countless businesses destroyed. Such criticism extends far beyond the Daily Mail and is shared by top scientists

My argument is that the Tories should be looking hard at local actions and restrictions specifically designed to help the elderly stay safe, rather than continuing policies that penalise everyone.  Such a policies, if successful, would mean that even with infections spreading across the country, there would be less pressure on the NHS and more people able to return to work.

Labour has even more of a blanket approach. The prime minister rejected Sir Keir Starmer’s proposal for a one-size-fits-all lockdown because it would penalise areas with infection rates that are low, just as much as those where they are high. Tory policy is tailored to meet different rates of infection in different parts of the country.  But there are no restrictive measures tailored for different age groups.

Advice and guidance have been provided for those shielding and vulnerable. However, this this adds up to little more than being particularly careful to carry out the precautions that apply to everyone. The government may be reluctant to discriminate against the vulnerable. But the virus does just that.

It would be unrealistic to expect the government to perform yet another embarrassing U-turn and abandon lockdowns, even though they are leading to mutiny in the Tory ranks and anger among local leaders. Yet even if lockdowns are proved to slow the spread of the disease and save lives, focusing on protection and support for vulnerable groups makes good sense. The safer the vulnerable, are, the more life can return to near-normal. More people could get on with their working lives and the economy begin to recover.

Economic recovery cannot come too soon. It appears we are going to have to learn to live with the virus, certainly for some time. Until, that is, we have some herd immunity and an effective vaccine. Even if a vaccine from Oxford or further afield gallops over the hill to save us, it will only meet the test of not guaranteeing less than 50% effective immunity to those vaccinated.

Tory MP Sir Bernard Jenkins is calling for a Living with Coronavirus policy. How might such a policy work?  If Johnny comes home from University, can we test him before he’s allowed to hug his gran in her care home? Or could granny’s care home, as some already have, create a sheltered garden area where Johnny and gran can talk while socially distanced?

Living with the virus means that people of my age should, if they are capable, take some responsibility for their own safety and decide what risks they’re prepared to take to live more normally.  Perhaps the government could develop a tiered risk system that would inform the vulnerable of the risk level in their part of the country and what they should do to stay safe.

I cannot pretend that a policy shift like this would be easy. The government fears the accusation that it would be throwing the elderly under the Covid bus. And polls show that a majority of people favour stricter lockdowns rather than a relaxation.

The Tories needs to start making the moral case for a policy shift that delivers more help and support at the door rather than through general restrictions. And shrewd messaging will be called for. Time, surely, to rev up Dominic Cummings.

There’s another problem. Since the beginning of the pandemic local authorities, businesses and charities have been supporting and protecting the vulnerable. If the government tried to muscle in on this field, it would provoke anger and accusations of Boris-come-lately.

But a few million pounds to areas of deprivation where risks are particularly high, and a willingness to work with local leaders and even listen to them, would do a lot to calm the waters. And by a happy coincidence, many of the places most in in need of extra support are in parliamentary seats in the red wall the Tory need to retain.

At the same time Tory concerns about the damage being done to the economy would be placated and local leaders’ anger diminished. Working closely with local councils, charities and businesses would answer the criticism of the government imposing a top down approach and spread the responsibility for any glitches or failures.

Nor should it be assumed that senior citizens like me would be outraged by such a policy shift. I suspect I speak for many among the elderly when I say I don’t want the government to chuck money at the virus regardless to give me a few more years of life. I have grandchildren. We pensioners worry about their future more than ours.

After all, my friends, like me, have had a pretty good life. For many of the elderly, past decades have seen astonishing improvements in lifestyles that our parents could scarcely have imagined. We have enjoyed dishwashers, modern washing machines, tumble driers and central heating. We have driven cars that were not made by British Leyland. We flew the globe, from France to Florida, in search of sun and pleasure. We developed a taste for curries, often with chips, and even fancy continental foods. We have huge industries dedicated to keep us entertained, titillated, and informed.

In many families we were the first member to go to university, the first to own a house. Most of us are fitter than our parents were and live longer.

Not all families enjoyed this surge in wealth and health We know poverty can be deeply entrenched and some communities never really recovered from the job losses of the Thatcher era. These families are the ones where, thanks to Covid lockdowns, most jobs are being lost. They don’t have well-paid, safe, public sector posts like MPs or members of SAGE.

The good news for our forgotten citizens is that Brexit and last year’s general election have changed politics. Politicians can no longer ignore them. The bad news is that the more money the government spends trying to extend the lives of the Covid target groups, the more difficult it will be to even begin to level up.