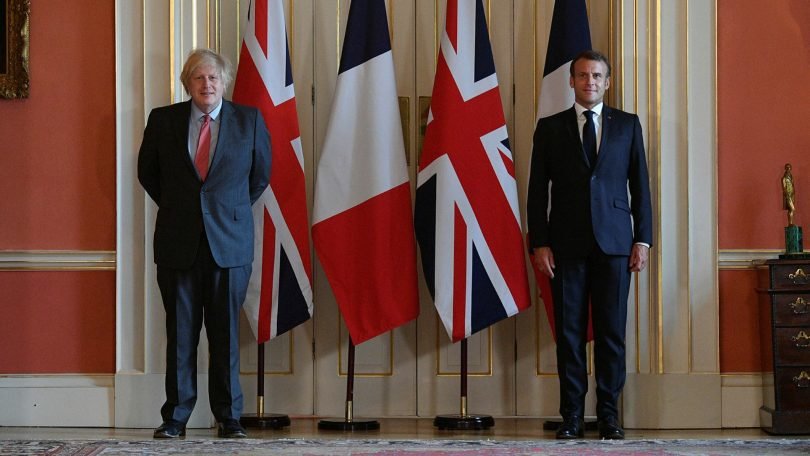 If anyone hoped that signing a ‘deal’ with the UK would lead the EU into a period of calm and friendly cooperation with a former member state, they will have been rapidly disabused. There are deplorable signs that some in the EU have not given up on their policy of making Brexit as painful as possible, even if they also inflict pain on their own citizens.

The following article, which we post as a significant document, was published a few days ago in France’s leading newspaper.  It takes added significance in being signed by a recent Prime Minister, the mayors of France’s major Channel ports, and by the (French) Chair of the European Parliament’s Committee on the Environment, Public Health and Food Safety. They express the clear intention of hampering British exports to Europe (in breach of the Trade and Cooperation Agreement) and of forcing other EU countries to fall in behind them in a blatant assault on the United Kingdom’s economic rights. The pretext they adopt is that of protecting European consumers from the unsubstantiated claim of lower British agricultural standards – a claim that we have already shown is false.  They gratuitously accuse the British government of adopting ‘a dumping strategy’ – an accusation that applies far more to the EU itself.  They also give as a pretext the ‘authorization of neonicotinoid pesticides in Great Britain when they are banned for use by our farmers in Europe.’  This is simply untrue: these pesticides are not banned in Europe, and they are presently used in France.  Not for the first time, sad to say, French politicians are willing to use fake health scares for their own political purposes.

We have been warned.  We do not want this situation to escalate.  But we have already pointed out that the UK government has means at its disposal to deter economic attacks.  We hope that these, if they prove necessary, will be directed at the French state and its major interests, not at ordinary French producers, many of whom are at least as critical of the EU as we are.

The implementation of the agreement with the United Kingdom cannot permit any difference in policy between European ports.

Since December 31, 2020, we have been living in the post-Brexit era. The United Kingdom is no longer part of the European Union (EU). Our common history, the interweaving of our economies, the intensity of our trade flows, make this partnership relationship very sensitive.

This is demonstrated equally by the British government’s stated wish to diverge from our environmental and health standards, as evidenced by the recent declarations in favour of the development of Genetically Modified Organisms; by the great difficulties shown by road hauliers coming from the United Kingdom in presenting the proper entry documents; and the authorization of neonicotinoid pesticides in Great Britain when they are banned for use by our farmers in Europe.

In addition, products destined for Northern Ireland, and therefore for the British market with its divergent health and environmental standards, could end up on the European market by passing illegally through Ireland.

The organization of controls in the European ports most concerned by trade with the United Kingdom, from Le Havre to Hamburg, via Calais, Boulogne or Dunkirk, is therefore decisive. On the one hand, product flows require intense sanitary and phytosanitary controls. On the other, there is the risk of a race to the bottom between European ports: to attract more goods, and therefore more revenue, some of them might be tempted to reduce the quality and frequency of their controls.

We are committed to guaranteeing to French and European citizens that what they consume complies with the high standards of health protection provided by the European Union. Europeans could not accept that products containing pesticide residues that are too dangerous and banned in Europe end up on their plates.

Nor would we want to allow food products to enter our territory with less demanding standards than those maintained by our companies and farmers. This would be unacceptable unfair competition.

To protect our interests and values

To ensure this, every country in the European Union has strengthened its customs capacity, and we welcome this. We demand, however, that this strengthening be accompanied by coordination beyond French borders. We cannot have any doubts about the quality of our food. The implementation of the trade agreement with the United Kingdom cannot permit any difference in policy between European ports.

We therefore ask the French government, irrespective of party, to propose to the European Commission and its European partners the creation of a European health coordination force between the actors most concerned: the cities and port authorities of the Channel and North Sea coast, and national and European authorities.

This force will ensure that the implementation of the Brexit agreement is uniform and effective throughout Europe. We owe it to European consumers, farmers and businesses. The dumping strategy that the British government seems to want to promote reinforces our conviction that new initiatives are needed to protect our interests and values.

Pascal Canfin, Chair of the European Parliament’s Committee on the Environment, Public Health and Food Safety;