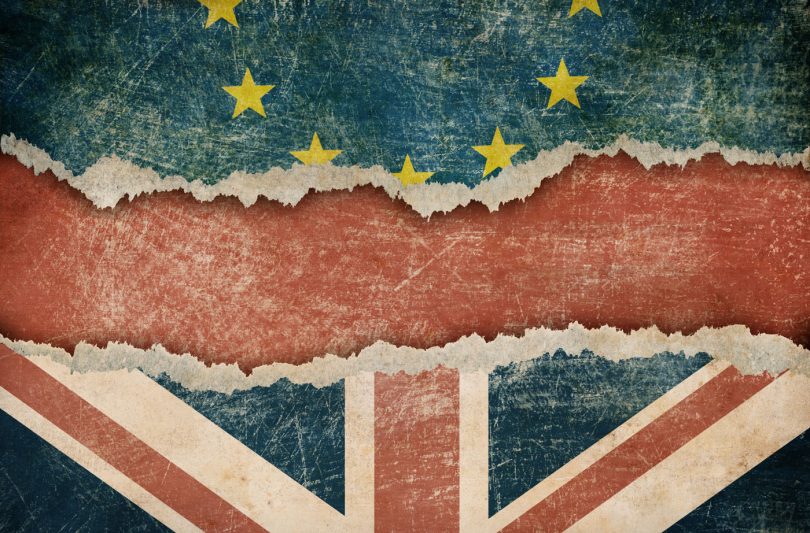 A retired teacher from Wakefield takes to scrawling anti-Brexit graffiti on walls. In London many thousands march demanding a second referendum because they don’t like the result of the first. Jo Swinton, the leader of the Liberal Democrats (surely now a name that flouts the Trade Descriptions Act) says that if the vote in a second referendum is still for leaving the EU, she will continue to campaign to reverse it.

And as I write, politicians from all the parties plot to delay, frustrate or stop Brexit.

Our democracy is in crisis. For people who still rage against the coming of Brexit, the red bus with its NHS promise appears to be their most significant event from the campaign.  For me though, the most striking and depressing lesson from Brexit is how many people don’t understand – or perhaps don’t want to understand – that democracy is about respecting a vote, even when we strongly disagree with it.

There’s evidence that even before Brexit support for UK democracy was fragile. A recent survey by a Conservative think tank found that a quarter of the under- 35s surveyed don’t think that democratic government is a good way to run a country. Commentators have blamed the fact that many young people feel the system hasn’t delivered the benefits they expect. High house prices make it difficult to get a foot on the housing ladder. Job security is something your parents or grandparents had. They have, said one writer, ‘zero investment in the status quo’.

Nor does our democratic process always encourage voting. It’s a truism that in many parliamentary seats, if you stuck the right rosette on it, a donkey could get elected. And sometimes was. The rise of Corbyn and the new political landscape at least promises to change that.

To all this you can add the MPs’ expenses scandal. We scarcely need therefore, the damage to our democracy being inflicted by attempts to delay and subvert Brexit.

Anger is widespread. A Spectator magazine journalist reported that at public meetings people were ‘utterly apoplectic’ over the fact that Brexit has not happened. The words ‘betrayal’ and ‘traitors’ are commonplace on on-line forums.

Referendums don’t come along very often, so they must be kind-of important. That message was reinforced by David Cameron and the remain campaign who warned us that if we voted to leave the EU, there would be no going back. Leave or remain? The choice was ours.

Whether voters heard that message or not, it was implicit in the very decision to hold a referendum. If it was only advisory and MPs would make the final choice, then why hold a referendum in the first place? Why bother?

In UK parliamentary elections it’s sometimes difficult to see that our vote, together with those who voted the same way, have made much difference This is particularly true for elections for the European Parliament.

I’ve probably voted in every European election since being eligible to vote. But I’ve no idea of any policy that resulted from votes for my party, even when it topped the poll. That may well be because, in this case, our votes really didn’t make any difference, except when it came to sending a message to Westminster.

Tribal loyalties still play a significant role in general elections. There are people who will never vote Tory and others who cannot imagine themselves ever voting Labour. But the Conservatives were divided in the EU Referendum and the Labour leadership was half-hearted in its backing for remain. Free of party loyalties, most of us voted solely on the issue.

There was no need to look at a wide range of political promises and decide what menu you preferred. So it was hardly surprising that the turnout for the EU Referendum was 72.2% – higher than in any of the past five general elections. The UK turnout for this year’s European elections was just 37% – as usual, a testament to how little UK voters, rightly, see themselves as having any influence over EU matters.

All these factors add up to the fact that the EU referendum was probably the most important vote we will ever cast in our lifetime. Reversing it, telling leave voters they were wrong and didn’t know what they were voting for, will enormously increase cynicism and disillusionment in our parliamentary democracy.

One of the many ironies of Brexit is while some MPs seems bent on damaging our system of government, the squabbles, the divisions, the resignations and defections, have also shown our democracy at its most vibrant. You’ll  remember those passionate debates over Brexit in the European Parliament? Me neither. What we’ve seen is a democracy negotiating (badly) with a bureaucracy. The Brexit parcel was passed to the non-elected EU Commission. You may say that’s how the EU operates. My point exactly.

It’s not, as commentators claim, our political system that has failed but those politicians who are trying to reverse the referendum decision or achieve something very close to remaining an EU member. Present parliamentary manoeuvres to make Jeremy Corbyn an interim prime minister or pass a law mandating the government to seek an extension it has refused to contemplate, encouraging continuing EU intransigence, are turning the House of Commons into a Whitehall farce. What a treasure trove of comedy awaits future dramatists.

What is so surprising is that some Conservative MPs and Labour MPs, busy seeking to frustrate the referendum decision, seem oblivious to the damage this is doing to our democracy and indeed, to their own party’s electoral chances. Should they succeed and a general election shortly take place, it could be harvest times for the Brexit Party and the Liberal Democrats.

In Hong Kong brave young pro-democracy protesters now carry a will in their rucksacks. I’m not suggesting the EU is comparable to one-party China. But the Hong Kong protests remind us of the importance of democracy. It’s the one weapon that we have of throwing the rascals out.  But only if they’re our rascals.

Whatever the Brexit outcome, we’ll need to consider how to revitalise our democracy. When so many of our citizens and MPs don’t value it, there’s obvious a problem.