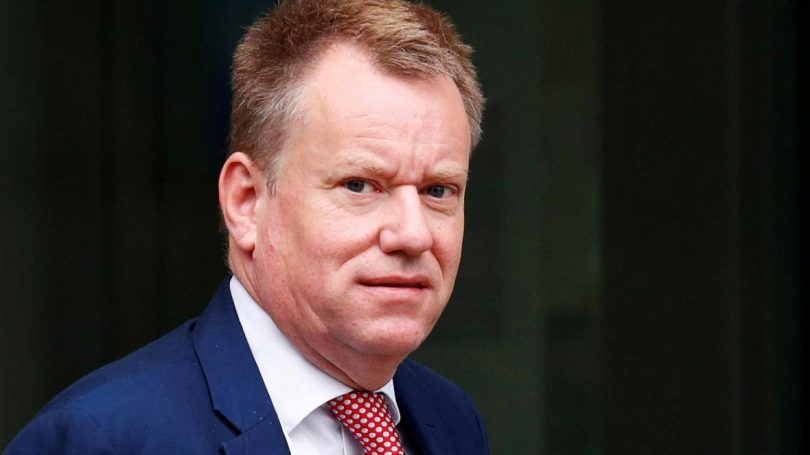 This weeks Command Paper ‘The Northern Ireland Protocol. The Way Forward’ contains radical proposals that seem bound to lead to a new crisis in relations with the EU. The proposals are described as reforming the protocol rather than relacing it but in practice amount to a very different set of trade arrangements for Northern Ireland.

Something dramatic happened this week. The UK Government published a new command paper setting out its proposals for reform of the Northern Ireland Protocol. Although written in the considerate language of options, negotiation and reform, the unmissable intention is to replace the existing Protocol. The Command Paper is careful to say that it is not seeking to drop the Protocol altogether but in practice its proposals amount to a new agreement. The EU single market would still be protected but with much lighter arrangements which do not undermine the territorial integrity of the UK.

Strangely this revolutionary statement of intent has received a very muted response from the EU or Ireland. Unlike the Juncker era when similar British attempts were haughtily dismissed as ‘magical thinking’, the new command paper was met by only a chirrup of objection from Brussels which simply said it would not renegotiate the Protocol. The Irish Taoiseach, Micheal Martin, was briefed by Boris Johnson prior to publication but has said nothing. There have been no howls of anguish from the Irish press and the usual Olympian rebukes from Irish Foreign Minister Simon Coveney have been notable by their absence.

The imminence of the summer holidays may have led a tired EU Commission to leave the Command Paper in their in-trays until September. Alternatively, they may have decided that this revolt by the British needs careful consideration rather than swatting away.  Either way, the seriousness of what has just happened has not really entered the public domain, either in the UK or in the EU. Although the paper talks in measured tones of changing aspects of the Protocol, we should be no doubt that what is being proposed is a radically different set of arrangements, much more amenable to unionist opinion in Northern Ireland. A head-on clash between London and Brussels now looks inevitable.

What does the Command Paper propose?

The key element of the Command Paper is a sensible proposal that customs checks on goods going into Northern Ireland from GB will only be applied to those goods passing through to the Republic of Ireland. Any goods to be used or consumed within Northern Ireland should flow as freely as in the past. There would be no customs declarations or checks on trade within the boundaries of the UK. This would remove the panoply of declarations, certificates and checks on goods and even parcels, going from GB to NI which the paper argues are causing serious economic and political difficulties in NI.

The Protocol as it stands today makes repeated mentions of the principle that customs checks will apply only to goods ‘at risk’ of entering the Irish Republic and hence the EU. A close examination of the text however reveals that this applies only to tariffs which of course were largely done away with in last December’s Trade and Co-operation Agreement between the UK and EU. Full customs and veterinary checks remain necessary to ensure that all goods entering Northern Ireland adhere to EU regulatory standards. In addition, EU regulations on tradable goods also apply to businesses in Northern Ireland without the NI Assembly or UK Parliament having any democratic say.

The Command Paper argues that its proposals can be negotiated with the EU in a spirit of constructive neighbourliness. Although the UK is within its rights to use article 16 of the Protocol to enforce the changes, the preference is not to pursue a unilateral course of this sort. Article 16 allows either side to suspend aspects of the Protocol in the event of ‘serious societal or economic difficulties’ or ‘diversion of trade’. Both have already occurred in Northern Ireland, but the Government views the terms of article 16 as narrow and prefers to go for a more comprehensive and agreed restructuring of the Protocol.

Because businesses in Northern Ireland are complaining of more difficult trading conditions, and with more than 200 mainland firms ceasing to supply Northern Ireland, the Government says it must act to restore normal trading conditions. Consumers in Northern Ireland are currently experiencing few actual shortages in supermarkets, garden centres or elsewhere, but this is due to the so-called grace periods which have delayed the implementation of the Protocol to allow firms to adjust. Most of these are due to end in October which provides a deadline for the ambitious new changes.

As well as applying the ‘at risk’ principle to all goods crossing into NI, the paper proposes that ‘the regulatory environment in Northern Ireland should tolerate different rules, allowing goods made to UK rules and regulated by UK authorities to circulate freely in Northern Ireland as long as they remain in Northern Ireland. Taken together these two changes restore UK normal operating conditions for businesses in Northern Ireland. There will be no border checks except for goods bound for the Republic and firms in NI can operate under UK regulations.

The particularly fraught issue of medicines only being able to reach NI from GB if approved by the European Medicines Authority is proposed to be dealt with separately. The EU recognise that the movement of medicines, particularly within the NHS is shaky ground for them and have submitted a complex paper offering to go through the difficult process of altering EU law. The British proposal cuts through the gordian knot by removing medicines from the Protocol altogether.

Finally, the proposal is to end the role of the European Court of Justice in Northern Ireland and convert the arrangements to a normal treaty between sovereign nations.

The promise of no land border within Ireland will be respected. To prevent illicit goods crossing the border from NI to the Republic, the Government proposes new legislation to prevent UK companies exporting into the EU any goods not fully complying with EU regulations. This new law could be enforced in collaboration with the EU with reciprocal sharing of data on trade, close cooperation with authorities across the EU and in Ireland on inspection processes and collective analysis of trade flows. This aspect of the proposal is close to the Mutual Enforcement approach called for by several Brexiteer groups, under which each side ensures that the regulations of the other are respected for any goods crossing the EU border.

The overall approach is close to that advocated in a previous BfB article in which we advocated a three-pronged approach beginning by extending the current grace periods for as long possible followed by invoking article 16 and finally moving to mutual enforcement. The Government’s proposals are close to this with a suggested ‘standstill’ acting to extend the grace periods. Although the preference is not to use article 16, it remains an option, if only acting to show Brussels the instruments of torture if they remain intransigent. The move to a version of mutual enforcement has cleverly been brought forward as something to be negotiated straight away.

All of this is such a radical structuring as to amount to a new protocol without admitting as much. The EU has already said it will not renegotiate the protocol and can be guaranteed to resist the new proposals. When asked how the UK will react to a blank refusal by Brussels to even discuss the proposals, No. 10’s line is that ‘the EU will move’. This may sound Micawberish, but the EU would be wise to reset the Northern Ireland arrangements in order to get a rapidly deteriorating political difficulty off their backs. The threat to the EU’s single market is small and growing opposition from both Whitehall, and from a newly confident and more determined DUP, mean that the difficulties will only get worse in the Autumn and beyond.

Relying on EU goodwill or even EU good sense has not hitherto been a productive tactic in what is more an acrimonious divorce than a normal trade negotiation. Even if No. 10 does not wish to discuss how it will manage EU intransigence, the rest of us should speculate on how this game will play out. No.10 privately says it is determined to push through radical reforms that restore territorial integrity and thus replace what is seen as a Theresa May era protocol. Northern Ireland is described as the PM’s second priority after Covid and he is said to be angry at the EU unwillingness to reform unnecessarily damaging trade arrangements.

Sensible heads in Brussels, Berlin and Paris may decide that this is a clash they probably cannot win because checks have to be operated by the British and in any case the new DUP leader says he will not operate the current protocol. Although agreement would be a major climbdown from the current EU position of no renegotiation, a wise step would be quick recognition that the UK is serious about protecting the EU’s single market and that any reasonable arrangements to achieve this are acceptable.

The current Protocol establishes the outer economic border of the EU in the Irish Sea and thus within the UK, a unique arrangement unthinkable anywhere else. Because it is a complete trade border, albeit uniquely operated by a third country, this considerably simplifies legal matters for the EU, but not unexpectedly causes severe political difficulties. The last thing the EU wants is to reopen the legal complexities, but it should accept that this is what it must now do.

What happens if the EU blankly refuses to renegotiate?  The UK still has article 16 in reserve as an option. It is narrower than the command paper proposals and almost as controversial but is a legal part of the existing Protocol and there is little Brussels can do to prevent the UK simply suspending important aspects of the current trade arrangements. In effect this could constitute the standstill proposed in the White paper.  This would constitute a temporary stand-off but could drift into permanence depriving the EU of the necessary protections to their single market. Since this would cause the EU few real difficulties it would reinforce the British case that the complex arrangements of the current Protocol are unnecessary.

What if the EU took retaliatory actions under the Withdrawal Agreement? If these amounted to a trade war with tariffs or quotas on a selection of UK exports the UK could survive these. The EU has more to lose from a trade war because of the current imbalance of UK-EU trade. If the EU attempted to use other agreements such as aircraft landing rights the situation would be more serious, but since this would constitute a serious breach between friendly democratic neighbours it sounds too draconian to be applicable to a peripheral dispute about tiny amounts of trade on the island of Ireland. No 10 is naturally keen not to get into these deep waters and hence the careful language of the command paper. It will seek to play this long, but with an Assembly election due in Northern Ireland next May, the timescale is not infinite.