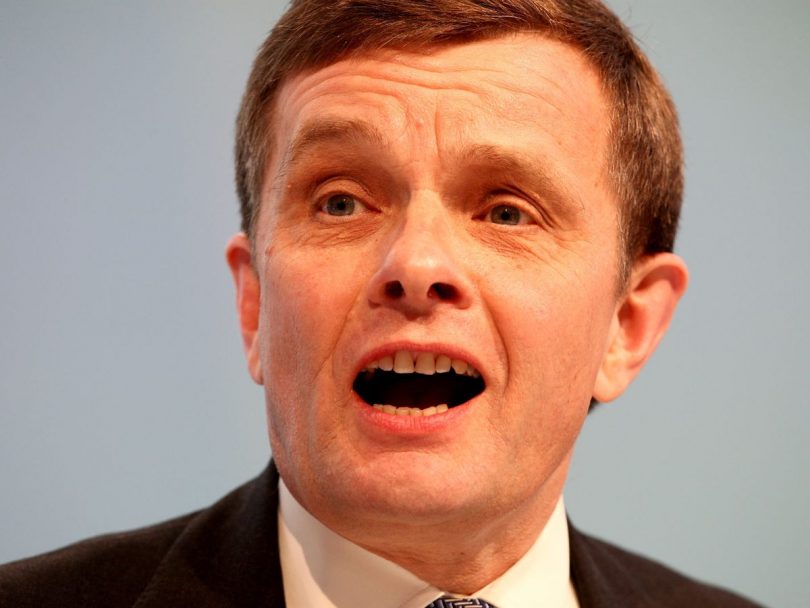 This is the full text of the article in the Mail on Sunday by prominent Brexiteer David Jones MP. He argues that Northern Ireland has effectively become an EU colony, and urges Liz Truss to make it absolutely clear to this Thursday’s dinner guest, Maros Sefcovic, that the time has come for Northern Ireland to be freed completely from the intolerable constraints of the Protocol and the jurisdiction of the ECJ.

Next Thursday, Foreign Secretary Liz Truss will sit down to what may be the most important dinner of her life. Seated across the table in her Kentish grace-and-favour home, Chevening House, will be the burly figure of Vice-President Maroš Šefčovič, the EU’s chief Brexit negotiator. And the principal item on the menu will be a discussion on the future of Northern Ireland’s place in the United Kingdom.

In the twelve months since the UK completed its departure from the European Union, it has become plain that the Northern Ireland Protocol is causing disruption to the lives of the people of that part of our country. The Protocol is the provision that was inserted into the Brexit Withdrawal Agreement to protect the EU Single Market, ensuring an open border on the island of Ireland and thereby maintaining the peace established by the Good Friday Agreement. But its operation in practice has been deeply damaging.

Post-Brexit, Northern Ireland has been left behind the rest of the UK, stuck in a no-man’s land of EU bureaucratic control. Keeping the border open with the Republic has resulted in another border in the Irish Sea, making trade with mainland Britain significantly more difficult. Goods passing into Northern Ireland are routinely subjected to burdensome checks, slowing up, and sometimes destroying, long-established supply chains.

Food supplies, in particular, have been badly hit, leading to depleted supermarket shelves with trade diversion to fill the gaps. It’s been estimated by the Permanent Secretary at DAERA in Northern Ireland that around 20 percent of the EU’s agri-food checks take place in Northern Ireland – almost three times as many as in Rotterdam, the EU’s busiest port. And it’s not just food. Unless a permanent fix of the Protocol is achieved, it may soon be impossible to supply British-licensed medicines in Northern Ireland. The Protocol is bad for people’s health.

What’s more, far from protecting the Good Friday Agreement, the Protocol is positively undermining it.  As Lord Trimble, one of the architects of the Agreement, has pointed out, the Protocol has changed the constitutional status of Northern Ireland without the consent of its people.  This is already the cause of rapidly growing resentment.

The fact is that, as a consequence of the Protocol, Northern Ireland has effectively become an EU colony, subject to decisions made by a foreign administration and to the jurisdiction of a foreign court: the European Court of Justice (ECJ). This is an intolerable state of affairs and must be ended as quickly as possible.

The Irish border question could be relatively easily resolved without the Byzantine provisions of the Protocol. The Centre for Brexit Policy has put forward a proposal for mutual enforcement of customs regulations, whereby the UK and the EU would each take responsibility for ensuring that no non-compliant goods were exported into the other’s territory, thus protecting both internal markets.

The EU recognises there is a problem with the Protocol and has agreed in principle to some relatively small, cosmetic changes.  But it refuses to change the Protocol in substance and, in particular, to dispense with the jurisdiction of the ECJ.

David Frost, the UK’s former Brexit negotiator, was determined that the Protocol should be permanently fixed.  In particular, he understood that continued ECJ jurisdiction was incompatible with UK sovereignty. He made clear that unless a fix was agreed, the UK would invoke the provisions of Article 16 of the Protocol, so as to make unilateral changes to it.

The EU feared Frost as a tenacious, determined negotiator.  It must have seemed manna from heaven for them when he announced last month that he was stepping down from the role, for reasons that are still not entirely clear.

Now Liz Truss has taken on Lord Frost’s mantle and has announced she wants to see rapid progress toward resolving the issue of the Protocol. She has also indicated that the threat to trigger Article 16 remains live. Liz Truss is a politician whose star is very much in the ascendant. She attracted high praise at the International Trade Department for successfully negotiating trade deals with countries around the world.

But Thursday’s talks with Šefčovič will be of a wholly greater magnitude. They will be about nothing less than the very future of the United Kingdom as a nation. She must make absolutely clear to her dinner guest that the time has come for Northern Ireland to be freed completely from the intolerable constraints of the Protocol and the jurisdiction of the ECJ, and that nothing less will do.

She must make clear, too, that there must be no further delay or equivocation on the EU’s part. If Šefčovič will not agree, then the UK will take matters into its own hands and invoke Article 16. This is not only a crucial week for Northern Ireland and the UK as a whole. It is also a pivotal week for Liz Truss, whose personal political ambitions may well depend on the outcome of Thursday’s dinner at Chevening.