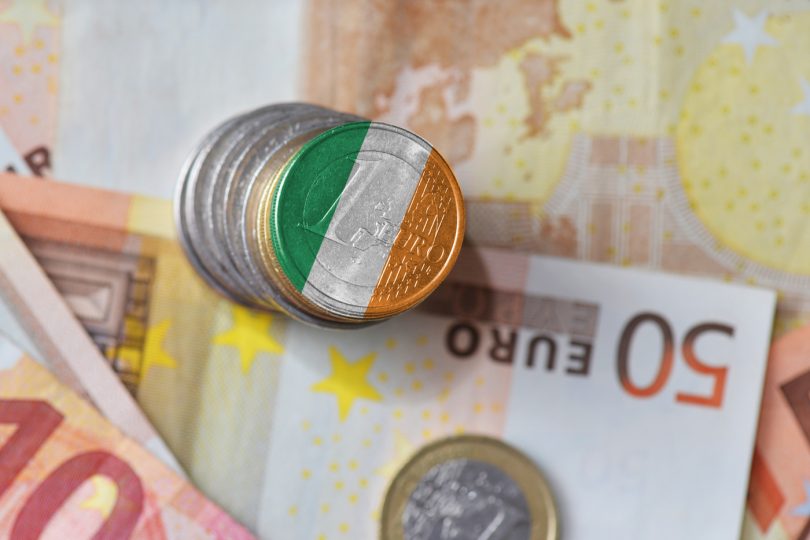 Ireland is the world’s largest tax haven, causing huge distortions to Irish national economic accounts. By greatly exaggerating the size of the Irish economy this leads to Ireland paying much larger contributions to the EU budget than is warranted by an economy of its size. Irish per capita contributions to the EU’s Coronavirus Recovery Fund are the highest of any member state other than fellow tax-haven Luxemburg. These payments may start to reverse Ireland’s love affair with the EU

Welcome to the wacky world of Irish national economic accounts. The official figures for Ireland’s tax-haven economy are so bizarre that they have been dubbed ‘leprechaun economics’ by Nobel Prize winning American economist Paul Krugman. And now the distorted figures which are used to measure Ireland’s GDP are coming back to bite Ireland in the form of  the higher contributions the country must make to Brussels.

GDP per head in Ireland is measured by the Irish government – and accepted by international organisations – as being 91 per cent higher than the UK, indicating at face value that Ireland is almost twice as rich as the UK. But this is a travesty of reality. If we look at properly measured indicators of living standards, such as spending by Irish consumers and government, then Ireland is ten per cent poorer than the UK. Many international statistics, for instance for spending on health or education, are reported relative to GDP and hence Irish measures are close to meaningless. So what’s going on?

The distortions are due to the vast volumes of profits of multi-national companies sloshing through Ireland but not earned or spent there. Ireland has one of the world’s lowest rates of profits tax and is generally regarded as the world’s major tax haven. Multinational companies which operate in Ireland inflate their Irish profits by huge amounts. These profits, generated by R&D in the USA and elsewhere, are reported at production plants in Ireland. This is why Ireland has so many plants in R&D-intensive sectors like pharmaceuticals and electronics.

Other multi-national firms merely register a presence in Dublin so that they can route profits through Ireland. For instance, most of the global revenues from aircraft leasing (most airlines lease rather than own their planes) come through Ireland. US Council of Foreign Relations researcher Brad Setser sees Irish national accounts as saying more about American firms’ tax affairs than about the Irish economy. The EU hates this but has been powerless to stop it. The recent EU ruling that the Irish government should reclaim 13 billion euros (£11.5bn) from Apple in underpaid taxes has been thrown out by the ECJ, but Brussels is unlikely to give up. Last Christmas, it consulted on the possibility of removing member states’ rights to veto the regulation of profits tax and rein-in European tax havens.

Now Ireland is paying the price for these inflated numbers in the form of payments to EU budgets, since these are calculated on the size of member-states economies. Payments to the EU’s 750 billion euro (£667bn) Covid ‘Recovery Fund’ announced last month are calculated on the basis of GDP, making Ireland the second largest net contributor per head after fellow tax-haven Luxembourg.

Contributions to the wider 1074 billion euro (£955bn) Multi-Annual Financial Framework (MFF) for 2021-27 are, more helpfully for Ireland, calculated on the basis of Gross National Income (GNI) rather than GDP. GNI attempts to remove such things as multinational firms’ profits from GDP in an attempt to capture that part of income which actually belongs to a country’s residents.

It is obvious however that this adjustment does not fully work. GNI in Ireland at 45 per cent above the UK on a per capita basis still exaggerates the real size of the Irish economy. Ireland is thus paying into the EU MFF budget on the basis of a much larger economy than it really is. For domestic purposes Irish statisticians make a further adjustment called GNI*. This removes further distorting factors connected with the depreciation of intellectual property and aircraft leases. Even this measures Ireland’s economy as 14 per cent bigger than the UK on a per capita basis and hence must still include distortions. GNI* is not however used to calculate EU budget contributions.

The decisions made by the EU Council on 19 July added greatly to EU budgets. The normal MFF, funding such things as the CAP and regional and cohesion funds, was renewed on its normal seven-year cycle, this time until 2027. The budget continues on its existing scale at 0.9 per cent of member state’s annual GNI (a cumulative 6.3 per cent over the full seven-year period). An innovation this time is that Germany and the ‘frugal’ northern states led by the Netherlands have demanded – and will get – rebates. These rebates are substantial and reduce these countries’ contributions by 15 per cent, meaning that other countries, including Ireland, will pay more.

The pandemic-related Recovery Fund increases the EU budget by a further 750 billion euros or 5.4 per cent of GDP. This fund is approximately half and half grants and loans with a smaller element to top-up the MFF. Importantly this is money to be borrowed directly by the EU Commission, an historic first-time that this has been allowed. Because these funds are borrowed there are few immediate contributions from member states, but the money will be repaid over the next three decades. The Commission is proposing a series of new taxes, accruing to itself, to repay the debt. These include a plastics tax, a digital tax and potentially a financial transactions tax. Ireland’s contributions to the Recovery Fund is likely to be 19 billion (£17bn) euros. Since Ireland is due to receive only two billion in grants plus a further billion in loans, its net contribution is close to five per cent of GDP spread over three decades.

More immediately, Ireland’s annual payments to the MFF are also set to rise. The popularity of the EU in Ireland was historically based on the inflows of EU cash to its farmers and its poorer counties. Ireland has been a small net contributor to the budget since 2014 but the amounts are now about to become more significant. Net contributions will rise for two reasons. On top of the exaggeration of the size of the Irish economy, Ireland’s receipts from the budget come predominantly from the CAP, but EU farm payments have been cut for the 2021-27 period and will decline in real terms. My estimate is that annual net payments will rise from 230 million euros in 2019 to an average of almost one billion over the next seven years, 0.5 per cent of GNI*. To put this in context, the net payment would be similar to that recently paid by the UK as a proportion of national income.

Payments on this scale may diminish the popularity enjoyed by the EU in Ireland just as it has in the UK. As Ray Bassett, former Irish ambassador to Canada, argues in his new book, ‘Ireland and the EU, post-Brexit’, links to the EU are strongly promoted by a liberal elite in Ireland. Just as in the UK, European referenda tend to go against the EU, although in Ireland they have been rerun to get the result desired in Dublin and Brussels. Irish political culture is more disciplined than in the UK and the main governing parties, the media and academia all tend to sing from the same hymn-sheet with dissidents being marginalised. Although higher payments have received limited publicity in Ireland, suppressing this information is likely to become more difficult. The huge investment in European identity by the political classes in Ireland, now more enmeshed than ever with anglophobia, is more important than the odd billion euro payment to Brussels. But even so the tide of gratitude for EU largesse must now begin to flow the other way.

A version of this article first appeared on the Spectator Coffee House site.