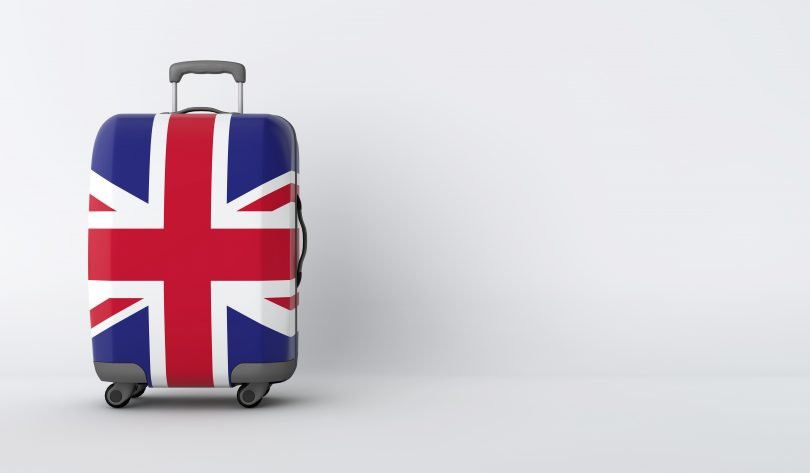 Sabrina Bucknole describes Brexit as a scary prospect for foreign entrepreneurs but concludes that the UK will continue to be one of the best countries in the world in which you can make a name for yourself for your business idea, or nurture your career to become its best.

Brexit has become something of a spectre, and its unfortunate influence in heightening tensions between some UK nationals and those visiting from abroad has been keenly felt. Indeed, for many whose heritage lies outside the UK, it’s easy to feel snubbed and unwelcome.

For professionals who were once looking to set up shop as an entrepreneur in Britain or take on a role as an expat at a multinational company in the UK, it can feel as though the door’s been rudely slammed on you. Yet Britain is not all Brexit doom and gloom, and neither is it a country insisting you keep out – far from it!

Here are some reasons why.

Brexit or not, Britain is innately multicultural

While the movement of foreign nationals into and out of Britain might have done much to spark the debate that eventually led to Brexit in recent years, there’s no denying that the tapestry of British culture is made up of countless international influences.

This way of welcoming people from around the world goes far back into history, and has done much to lend flair and substance to cities like London, Manchester and Birmingham besides. Not only do Brits today enjoy having easy access to food from every corner of the globe, but overall, contemporary Britain is more tolerant of new cultures than ever.

Nowadays, many British people are open minded and curious about those who hail from overseas, and will quickly stamp out any bigotry if it arises in their peers. There is every reason to think that Britain remains a melting pot of cultures as much as it has been for centuries. And better yet, it’s more receptive to who you are and what your culture means than ever.

The UK is as hungry for foreign talent as ever, Brexit or no

It’s easy to assume that the United Kingdom is pretty much picking up its ball and going home when it comes to welcoming foreign talent and specialised skill sets from overseas, but nothing could be further from the truth.

In fact, just a quick glimpse at the Visa Bureau’s advice on skills in high demand in the UK paints a meticulous picture indeed, and one that ranges across a huge range of industries.

The shortage of engineering skills across the world has been a growing concern in both emerging and advanced economies for almost a decade, if not longer, and it’s likewise true in the UK, where engineering skills from overseas are highly sought out.

And while the question mark that Brexit and the current UK political climate sometimes puts over the country’s healthcare system is also a concern, it has done nothing to diminish the need this country has for qualified medical professionals of all kinds. That said, the fact that NHS healthcare can be confusing for expats entering the UK to begin with (certain healthcare can be free while prescriptions and dental care are paid for, for example), many expats opt for a global healthcare policy, giving them the peace of mind that they are covered financially.

Teachers, managers, consultants and graphic designers are also in high demand, so both pragmatic and creative professionals are likely to find opportunities in Britain well beyond the Brexit deadline.

Even the most patriotic British national will complain and grouse about his or her lot in life in old Blighty. After all, moaning is the national pastime in Great Britain!

Yet despite this, Great Britain enjoys a high standard of living. While it’s certainly no Costa Rica, often touted as the world’s happiest and most contented nation, the UK has plenty going for it in terms of citizen welfare and overall prospects for social mobility, professional accomplishments over one’s career, and finding a partner.

Unfortunately, the likes of those urban myths about the stratospheric cost of living in London are true, but it’s less of a nightmare in other areas of the country. The strength of British currency, means that salaries earned as an expat in the UK will make you pretty well to do compared to the kinds of figures you might hope to command back home.

It’s also a question of getting what you pay for. While the public transportation in the UK, or pretty much anywhere, will never match the hyper-efficiency of somewhere like Japan, it’s comprehensive enough to get you where you need to go. Culture and lifestyle options in your downtime are plentiful, and while Brits are emotionally reserved when first meeting you, they’re loyal and compassionate friends over time.

It all adds up to being one of the top countries in the world in which you can make a name for yourself for your business idea, or nurture your career to become its best. Brexit is a scary prospect, for sure, and nobody can tell how it’ll affect UK life day to day until at least the 2020s.

But if you’re ambitious, hard working and willing to keep this country on your radar, there’s every reason to still consider UK among your ideas for top expat destinations to relocate to!

Sabrina Bucknole is a professional copywriter