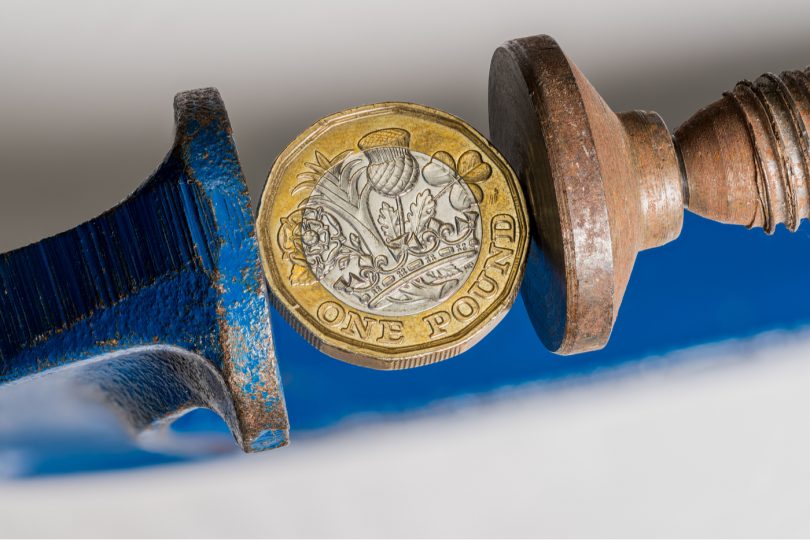 Some economists have been alarmed at the huge expansion in the amount of money created in the process in the process of financing anti-Covid measures and fear a new wave of inflation. Dr Paul Sheard of Harvard Kennedy School says not to worry. As long as Central Banks stay independent, they will be able to deal with inflation.

A lot of people are worrying that all the money governments and central banks are printing to deal with the Covid-induced recession is bound to lead to runaway inflation in the future. That would seem to be the lesson of much monetary and fiscal history. There is, however, a critical but highly dubious assumption underlying such dire predictions: that central banks will allow this to happen. As long as central banks remain independent, that is, insulated from political control, they won’t.

As Milton Friedman famously put it, “Inflation is caused by too much money chasing after too few goods”. There are two parts to that dictum – the money and the goods – and both appear to have played a major part in the notorious hyperinflations of the twentieth century. Sometimes governments ran the printing presses too hard and sometimes wars devastated the productive capacity of economies.

Society figured out how to solve the inflation problem in the second half of the twentieth century by assigning to central banks the task of controlling inflation and giving them the independence from political influence to be able to do so, to be able to “[remove the punchbowl] just when the party was really warming up”, as Federal Reserve Chairman William McChesney Martin famously put it way back in 1955.

The hypothesis – and that’s what it is – that recent unprecedented fiscal and monetary policy easing will inevitably lead to runaway inflation in the future has two parts: that the economy will respond in a way that leads to significant inflationary pressure and that central banks will not move to counter those pressures or fail when they do.

The first part, in and of itself, is a desirable outcome. It means that economies will be at full employment, bursting with demand, and central banks finally will be able to get away from the problematic “zero interest rate bound”.

The second part is unlikely to transpire and in effect would require an upending of the long-established institution of independent central banking.

While there are some nuanced differences, modern central banks all operate more or less the same way. They aim to keep inflation running around 2% per annum and keep the aggregate demand of the economy in line with its supply capacity. To do so, they need just two things: the necessary tools and the ability to be able to use those tools.

As far as the necessary tools go, the central bank needs to be able to do two things, depending on the economic circumstances: rein in economic activity when the economy threatens to overheat, and cause inflation to rise too far above target, and stimulate it when it threatens to flag, and cause inflation to fall too far below. To do the former, the central bank has a surefire tool: its short-term (usually overnight) policy interest rate, to which all other interest rates and asset prices are indirectly linked. A central bank can always squeeze inflation out of the system by hiking its policy rate sufficiently.

Things are a bit trickier in the other direction because there is a natural limit to how low a central bank can cut its policy rate: zero or a bit into negative territory. Then, it can start to do QE (quantitative easing), that is, buy government bonds and perhaps other assets paid for by crediting the accounts that banks have at the central bank. But this may not be enough to counter disinflationary forces and the central bank will likely need the help of fiscal policy in order to do its job, the world we are in now.

By making central banks independent, governments have tied their hands against interfering to stop them from taking the necessary actions – tightening monetary policy by raising interest rates – when they need to do so. Those who predict that monetary and fiscal policy easing is bound to end in inflationary tears must be positing that central banks will lose their independence (or not assert it), just when they need it most. This could happen, but it is very unlikely and there are no real signs that such a momentous rending of our institutional fabric is in the offing. Price stability, that is preserving the value of people’s purchasing power over time, is a bit like airline safety: there is a social consensus in favour of it and governments know that they tinker with it at their peril.

A lot of observers – the ones seeing runaway inflation around the corner – take the wrong message when central banks take aggressive policy action or cooperate closely with the fiscal authorities when they are trying to get inflation up to (or prevent it from falling below) their inflation target: that central banks have gone soft on fighting inflation or are becoming subservient to governments. The opposite should be concluded: central banks pulling out the stops to counter disinflation or deflation and meet their legally prescribed mandates should increase confidence that they will act with similar resolve to keep inflation in line should it threaten to break out on the upside.

One fear is that central banks will be reluctant to raise rates when they need to because of the negative impact this will have on government debt servicing costs. Insulating them from having such fiscal financing considerations trump inflation controlling ones is the main reason society gave central banks independence in the first place.

The higher interest rates and debt servicing costs faced by governments when central banks move to keep inflation under control, when it threatens to burst out on the upside, is part of the mechanism by which spending in the economy is kept in line with its capacity to produce (or in the case of modern open economies import goods and services in as much as the rest of the world is prepared to accept claims on the country in exchange). It is part of the solution not the problem.

Some worry that by running such expansionary monetary and fiscal policy today we are just heaping problems on our grandchildren: when central banks do have to raise interest rates this will trigger a “fiscal crisis” given the mountain of debt governments are accumulating. The future prosperity of society will depend on how much physical, human, technological and social capital it has, not on numbers in fiscal ledgers.

At a fundamental level, governments create money when they run budget deficits (as banks do when they lend), so they cannot “run out of” the currency they issue. That’s why the modern macroeconomic policy framework is designed to exert the discipline on governments that it does, via the central bank (no unlimited overdrafts or monetary financing) and via financial markets (governments “borrow” in order to “finance” deficits).

Central banks will not lightly surrender their independence and governments will think twice about trying to take it away. That social contract will keep the inflation demons at bay.

Paul Sheard is a Research Fellow at the Harvard Kennedy School. He was formerly Vice Chairman of S&P Global and earlier was Chief Economist at S&P, Nomura Securities, and Lehman Brothers.