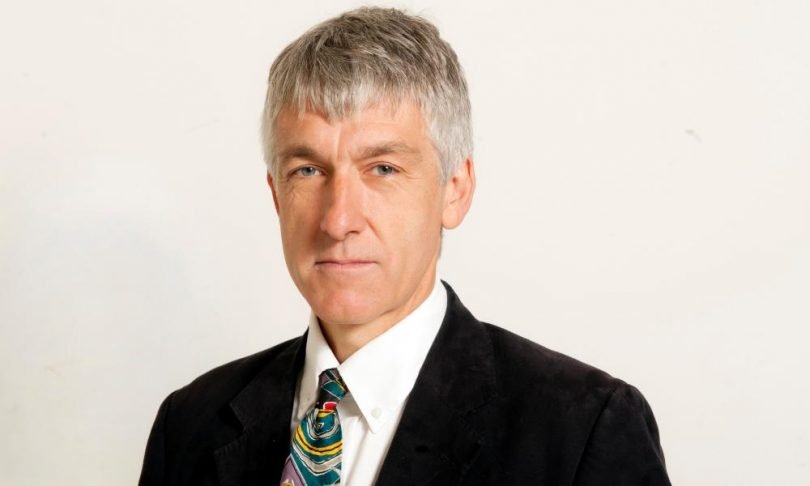 Elliott explains why he thinks the EU has failed British voters and why it and neoliberalism hasn’t been good for working people.

In a new second series of B4B podcasts the economist Larry Elliott, economics editor at the Guardian newspaper, tells us why he originally supported Brexit and why he still believes leaving the EU will be good for the UK economy.

Elliott explains why he thinks the EU has failed British voters and why it and neoliberalism hasn’t been good for working people.

He tells listeners why he believes issues such as the Northern Ireland backstop are being used to make Brexit as difficult as possible for the UK to ensure the terms of leaving are “so draconian” no-one else will want to do it:

“I don’t think NI is an insuperable problem far from it, I think it is being used as a smokescreen for what is really happening which is a lot of people were really unhappy with the Referendum vote in June 2016.”

Elliott thinks a no-deal is not impossible but that it is unlikely and that the UK will end up with some kind of “quasi country club” membership. He says the talks during the 18 months of negotiations so far have been “so chaotic” that it would have been better if the UK had gone for a clean Brexit on WTO terms.

Whether or not others will take retaliatory action against the UK should there be a no-deal Brexit is, he argues, up to them, but that it would be “cutting off their noses to spite their faces” if they did so as they too depend on British trade.

The car manufacturers, he says, with just in time supply chains, have done relatively well from the falling pound since the Brexit vote and he doesn’t accept that “just waiting for 24 hours for car parts is the Armageddon that the car industry says.”

As an economist he says he takes forecasts with “a pinch of salt” but that the Treasury and the Bank of England and other forecasters in the main use the same models of the economy so it is not surprising that their predictions say more or less the same. He points out, as others have done, that their warnings about the Brexit vote leading to a recession did not come to pass, and that in fact the UK economy has grown “every quarter” since the Vote in June 2016. “The recession didn’t happen”, he says. But he admits that inward investment could be problematic post Brexit although he believes that such arguments are “very tendentious”.

In terms of the predictions about shortages of medicines, and food if there was a no-deal Brexit, Elliott calls this “Project Fear Mark 2”:

“I somewhat doubt that we are going to find ourselves short of food and medicines and the idea that Britain is going to be cut off in the way it was in 1940 and the rest of the continent seems to me to be pretty far-fetched. I wouldn’t say the government is handling the negotiations in a particularly astute or deft way and I think it has handled it in a particularly inept way. But I imagine there will be some kind of deal cobbled together over the coming months which will avoid all of these more lurid predictions and that lorries will not be parked all the way up the M20 and that Calais and Dover will carry on trading and that goods will carry on moving and that life will go on pretty much as before just as it went on pretty much as before after the Referendum.”

Elliott does not support another vote on EU membership: “We had a People’s Vote, a second referendum would be an elites’ vote.”

Elliott also discusses why he thinks voters here and in the US thought globalisation had failed them, particular since the 2008 financial crash which has seen bankers getting richer and the wealth gap between people widening, and why ten years on “people had had enough” and wanted the Nation State to protect them.

He goes on to say that Philip Hammond could end austerity if he actually changed the fiscal rules by which the Conservative government is operating, which is to create a surplus by 2020, but that he would probably come up with a “steady-as-she-goes” budget next week.

Furthermore he points out that shocks, such as that produced by the financial crash or the Brexit vote lead to change in the economy but that the idea there would be a 15 year recession as a result was “for the birds, that is complete nonsense”. He explains:

“In some ways the argument has been badly framed as if there is some kind of trade-off between having more sovereignty and making our own laws but at the expense of lower levels of growth and a poorer performing economy but I don’t accept that. I think in five or six years’ time, if the right decisions are made, and it is crucial the right decisions are made, the UK economy will be doing fine, certainly better than the Eurozone.”

Elliott ended by saying consumers had probably had enough of hearing about Brexit and that consumer spending was still healthy:

“Brexit is hanging over the economy but for most people life goes on.”