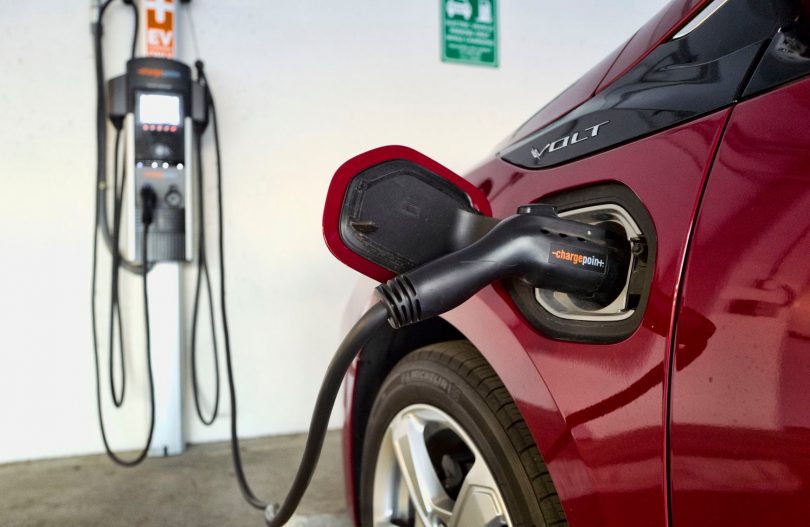 In our new series on the Post-Brexit Brexit World Catherine McBride supports the Government’s timetable for the phasing out of diesel and petrol vehicles. She believes that technology and business, spurred on by governments, will develop new ways of producing both vehicles and the electricity to power them

Although, the decline of the UK car industry is often blamed on Brexit, Brexit is not the problem. Car sales are down for three reasons: increasing urbanisation, an ageing population and expectations of an imminent and massive shift in technology. But the Prime Minister’s announcement on Tuesday has at least settled the third factor. There is no longer any need to put off the acquisition of a new car for fear of a technological change – that has been decided – we are going electric, forget self-driving cars or flying drones.

The pundits and presenters should not be so upset that the UK will ban the sale of internal combustion engine cars from 2035. Although many claim that this will be bad for the economy – I think they are mistaken. Boris has given the car industry its Apollo mission. We choose to electrify our car industry not because it will be easy but because it will require exactly the ingenuity and imagination that the UK possesses in bucket loads. And just as the Apollo missions gave the world portable computers, foil blankets, home insulation, scratch resistant glasses, hand held vacuum cleaners, micro cameras, ear thermometers and wireless headsets: Electrifying the UK car industry should at least produce new battery technology, more and more efficient power stations, faster charging, new superlight but strong materials, maybe a new type of engine or a new type of highway. Banning the sale of internal combustion engine (ICE) cars by 2035 could invigorate science and technology in the UK and may well end up saving the UK car industry even if it doesn’t save the planet.

There have been complaints that the government will need to install massive new infrastructure to recharge these new vehicles, but the government has never built petrol stations for ICE powered cars. Nor did the Government supply free oats for the horses and carriages that filled British streets a hundred years ago. Refuelling stations have always been private enterprise. If city councils do put charging points into every street-lamp, then I would hope that their use would cost enough to cover not only the electricity but also a portion of the capital investment of installing the socket. Charging points could be a new revenue source for councils with competitive pricing between public and private providers. Similarly, more private power production will be needed to supply millions of electric vehicles.

Other commentators have complained that people who live in apartments will not be able to charge their cars from their homes – but maybe the UK’s engineering students will invent a car where the battery can be removed to be charged at home, as happens with an electric bike now. Or batteries that can be swapped at a charging station. Or maybe large wireless charging plates will be developed that can fast-charge your car in the newly converted “no longer petrol” stations.

But apartment dwellers are symptoms of the increased urbanisation – one of the causes of the demise of the car industry. Increased urbanisation has reduced the necessity to own a car or even learn to drive. Urban populations have alternative transport options: tube, buses, trams, electric bike hire, cycle lanes, electric scooters, taxi apps and car sharing schemes. And these are all economically rational choices when you consider that most cars remain parked – depreciating – most of the time. Why would anyone purchase a depreciating asset if they could hail a taxi in minutes by pressing an app on their phone?

The DVLA statistics of UK driver’s licence holders by age[1] shows that in every age category below 40, the proportion of people who hold driving licenses has fallen since the 1980s. The days when young people wanted to drive their own car as an expression of their freedom and personality are long gone. Car companies aren’t even making the type of cars that a young driver would want, or could afford – where are today’s MGBs or Mini Mokes? Instead all car companies are making the proverbial soccer mum car – 5 door hatchbacks. From Range Rovers to Fiats – even Maserati and Bentley make hatchbacks. No millennial covets a soccer mum car. Riding an electric scooter, with your stuff in a leather backpack has a lot more street-cred.

But there is some good news: according to the DVLA more people hold driving licences today than ever before but this is due to a massive increase in the number of over 70 year old drivers – up from only 32% in 1989, to 67% in 2018. But the bad news for the car industry, is that most of these older drivers are probably driving the same car they had 10 years ago. Which brings us to the next reason for the demise of the UK’s car industry: Ageing populations buy less goods in general and most of the Western world has an aging population. Thereby causing Western factories to focus on export sales to maintain production levels, just as German and Japanese car manufacturers have been doing for years. That is why so many car manufacturers are moving their focus to the Asia Pacific region – brand new customers.

But limiting car sales to electric cars in the UK from 2035 will change that focus, hence Nissan’s recent U-turn on the future of the Sunderland plant where it makes the all-electric Leaf model. Many older people who were probably not planning to buy a new car, will now have to buy a new electric one. Some of the more urban oldies may of course give up owning a private car and opt to use a taxi app instead. But taxis as well as shared cars, rental cars and company car fleets will also be replaced with electric models. This will be big business. Made even bigger if there is no secondary market for old petrol and diesel models. So, the electric car companies will be in the enviable situation of having a captive market for new cars without having to compete with their own second-hand products. Additionally, as with all new tech, People are more likely to upgrade to the latest model with say, longer battery life or more features. Just as they have done with mobile phones and computers over the last 30 years. Just look at what has happened to the Tesla share price if you don’t believe me.

But will converting everyone to electric vehicles be good for the environment? Although the electricity used by the cars will predominately be coming from renewable or at least cleaner sources such as nuclear or gas fired power stations. (Opening new coal fired power stations will be banned in the UK from 2025). Electric cars will only be effective in lowering emissions if they are used globally. Even in Norway, electric cars were only 1.2% of sales in 2019 and made up only 0.2% of all cars on Norwegian roads. And as I said before: Norway has the highest proportion of electric vehicles in Europe.

There are presently 32m cars register in the UK but last year China bought 23m cars in a single year, slightly more than the year before. If China’s car purchases aren’t also electric, then the UK’s decision won’t be saving the planet and unless we improve battery technology, we would be wasting the world’s resources. The additional materials required to replace the worlds existing ICE fleet with electric cars, as presently designed, will be astronomical and finding enough lithium, cobalt and rare earth minerals needed for the batteries will be impossible. Hopefully some clever engineers will work out a better way to store power as well as a process for replacing ICE engines so that we can at least reuse the existing chassis.

But I have faith that this will happen. I grew up in the 1970s when the human race was not expected to survive pass the millennium. But all of the predictions of the seventies proved to be false – or at least they didn’t eventuate. That is because the predictions were based on extrapolation of the exiting circumstances assuming that no one would change their behaviour. But from the 1970’s to today, everyone did change their behaviour. The 1970’s Prophets of Doom inspired science, technology, governments and businesses to react – bio technicians improved crop yields, the Chinese government enforced a one child policy and OPEC put up oil prices. High oil prices caused people to demand more fuel-efficient cars and consigned to history the 35-foot-long Pontiacs with their wig tip trims. But the car companies didn’t go out of business. They changed their products, merged their companies and consolidated their production lines – possibly using just as much fuel shipping parts around the world as they were saving by producing more efficient cars.

UK students are already ahead of the curve and working on the solutions to problems we didn’t even know electric cars were going to produce. Earlier this week, at an Imperial College engineering exhibition, I saw a prototype design to pick up tire dust pollution that will be produced by the heavier electric cars. But if the batteries do make the cars so much heavier, then we will also need more robust roads if we are not to end up stuck in a pothole.

Today we have two kinds of Prophets of Doom: those that believe that if we don’t act on car emissions then the world will become uninhabitable and a second group who believe that if we convert to electric cars we will run out of electricity and the materials needed to make the cars. Both groups are extrapolating from today’s technology. I predict that both groups will be wrong. Just like the 1970’s: science, technology and business, spurred on by governments, will develop new ways of producing electricity, cars, planes, heating etc. All the government really needs to do is point them in the right direction and get out of the way.

Catherine McBride is an economist with 19 years’ experience in the financial derivative markets. She established and ran the Brexit Coalition and previously worked for the Financial Services Negotiation Forum, the Legatum Institute and the Institute of Economic Affairs. She writes here in a personal capacity.