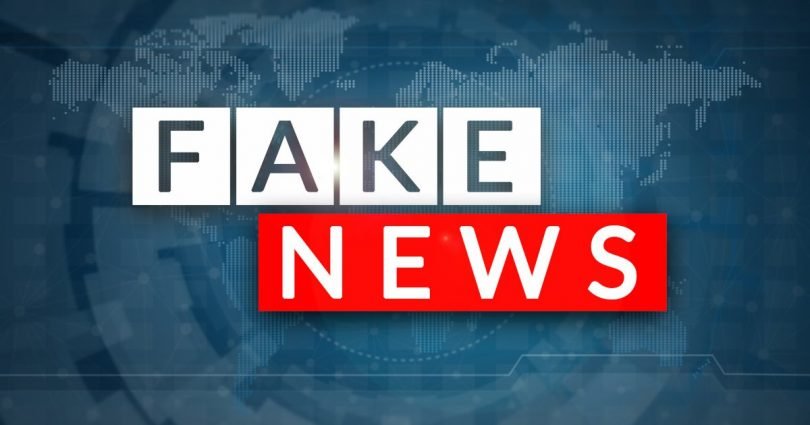 An environmental story with little substance was picked up by Sky News, repeated by The Guardian, City AM, the BBC, The Times, the Labour Party website and given substantial airtime on Newsnight, why? Because it gave Pro EU supporters an environmental reason to scupper the UK Australia trade deal.

Australia is not one of the world’s largest CO2 emitters although many of the UK’s other trading partners are. This manufactured activist outrage against Australia is for protectionist reasons rather than for environmental ones – if this FTA is ratified not only could EU producers lose some of their UK market share to more efficient Australian producers, but it would also make re-joining the EU slightly more difficult.

Ed Miliband was getting very excited about Climate Change and the UK Australian Trade agreement on BBC Newsnight on Monday, 13th September. One of the last Remainer Warriors, with #FBPE and #RejoinEU in their profile, was watching and posted it on twitter so you can see it here in case you gave up watching Newsnight after Paxman retired.

Their tweet captured Miliband claiming: ‘You have got to put pressure on the big emitters, so you don’t do dodgy deals with Australia.’ and another saying ‘you don’t do a trade deal with Australia and say you can drop your temperature commitments from your trade deal. It doesn’t matter, it doesn’t bother us.’ Miliband said a lot of things on Newsnight, but the #FBPE supporter was only interested in his comments about the Australian trade deal and carbon emissions.

For the EU and its supporters, climate change is the new Trade Barrier du jour. They have already refused to ratify the trade deal with the Mercosur Countries after 20 years of negotiation, claiming that Brazil was burning its rainforests to make agricultural land. French President Macron even tweeted  “The Amazon rain forest — the lungs which produce 20% of our planet’s oxygen — is on fire,” using a 20 year old photo as well as making a claim that doesn’t stand up to scrutiny.

The EU refused to ratify this trade deal with a straight face while overlooking: Germany’s continued use of lignite coal fired power plants – the dirtiest type of coal; the EU’s extensive imports from China – 70% of whose electricity comes from coal; the EU’s own biomass electricity production – made by burning EU forests rather than Brazilian ones; and the EU’s massive imports of soymeal animal feed from the US, Canada and … Brazil (some of which will have been grown on cleared land). The EU happily imports animal feed from Brazil to feed EU intensively farmed animals even though it takes multiple amounts of feed to produce the same weight of meat. If either the UK or the EU were actually interested in reducing carbon emissions in trade deals, they would buy the meat from Brazil, the US or Canada, not the animal feed.

City AM joined in with the headline: Scott Morrison confirms climate targets dropped from UK-Australia trade deal, but the first line of the article actually said ‘Australian Prime Minister Scott Morrison has today confirmed the UK-Australia trade deal will not include binding commitments to climate change targets from the Paris Agreement because it “wasn’t a climate agreement, it was a trade agreement”. Wonderfully straight forward explanation from the Australian Prime Minister but also note that the climate targets were not ‘dropped’ as the headline claimed but simply not included.

The Agreement in Principle of the UK Australia Trade deal has a whole chapter on the environment, mostly about aligning with the environmental provisions in the CPTPP (as joining the CPTPP is one of the primary reasons that the UK is so keen to get trade deals with Australia and New Zealand). But don’t take my word for this, you can read the Australian version here and the UK version here. The only mention of the Paris Agreement is below, and it didn’t mention a specific temperature:

As the signatories of the CPTPP are mostly around the Pacific, many are islands and many in the Southern Hemisphere, the CPTPP environment text covers marine pollution, protection of the OZONE layer, combating illegal wildlife trade and illegal logging, cooperating on sustainable forestry management, the circular economy, marine litter, and air quality. The agreement in principle also states – the UK cannot propose substantive commitments in areas that are not in the CPTPP environment text. This is not new. The Agreement in Principle was signed in June.

So how has this become a news story in September? Like the old adage about the reporter asking a politician if they beat their wife, if they answer, ‘of course not’, then the next day’s headline is ‘Politician denies beating his wife’. Suddenly a story is fabricated out of nothing. I suspect the present furore has a similar origin and was an attempt to build up public indignation about the UK Australia Free Trade Agreement. Was Maitlis’ emotive ‘We’ve bowed to Australia’ intended to ignite nationalist outrage? Is it OK if Australia bows to its old Master, but not the other way around?

Why is the media claiming that a specific temperature has been ‘dropped’ from the FTA? Even the Paris Agreement is vague on a specific temperature and only proposes ‘collective progress towards the goal of keeping the increase in global average temperature to within 2 °C.’ Also, while we are on the subject of non-specific: every country in the Paris Agreement has chosen their own goals, measured from different starting years and some countries, such as China, have pledged to reach their maximum emissions by 2030 not their minimum. Yet the UK still trades with China. As for Miliband conjoining the phrases ‘you’ve got to put pressure on the big emitters’ and ‘so you don’t do dodgy deals with Australia’: does he believe that Australia is a ‘big emitter’ or that the negotiated FTA is a ‘dodgy deal’?

For the record, according to the World Bank via the Macrotrends website, in 2018 the world’s big emitters were all in the Northern Hemisphere and are listed here:

As for countries actually meeting their Paris Agreement pledges, according to the Climate Change Tracker report, only The Gambia is on track to meet its Paris commitments. But I should probably also mention that The Gambia was only responsible for 0.01% of global emissions in 2012.

But after all of the Newsnight hoo-hah as well as stories in The Guardian, City AM, Sky News, the BBC and The Times not to mention the Labour Party website, on Tuesday afternoon Liz Truss, the UK Secretary of State for International Trade at the time, was also questioned on this issue at an event at the Policy Exchange. Like Morrison, her reply was equally straightforward – ‘the stuff you are repeating is simply fake news.’

So, I conclude this manufactured activist outrage against Australia is for protectionist reasons rather than for environmental ones. This is simply another attempt by the #FBPE supporters to scupper the UK Australia trade agreement as it is the UK’s first completely new trade agreement outside the EU. Australia does not have a similar EU trade agreement so if this FTA is ratified not only could EU producers lose some of their UK market share to more efficient Australian producers, but it would also make re-joining the EU slightly more difficult for the UK.

So, the #FBPE and #Rejoin groups are throwing climate change at the Australian deal even though DEFRA’s National Food Strategy (NFS) admits on page 238 there is ‘evidence to suggest that some overseas farmers can produce food at rather lower environmental cost than UK farmers.’ The NFS uses New Zealand lamb as an example, but any animal fed on locally produced grasses or grains will have a lower carbon footprint than animals fed on imported grains. This carbon footprint will be even lower if the UK only imports the cuts of meat they intend to eat, rather than importing enough feed to produce a whole animal, if half of the animal will not be eaten but sent to the renderer or re-exported.

The UK imported 8.9 million tonnes of animal feed ingredients in the year to June 2021, but only produced a total of 4.137 million tonnes of beef, lamb, pork and poultry. Some of the imported feed will have been used to feed egg laying hens and dairy cows while many of the UK’s beef cattle and sheep will eat UK grass most of the time, but this amount of imported feed can hardly be held up as environmentally friendly. If this trade deal were actually about the environment, then the UK should be importing a lot more grass-fed meat from Australia rather than the small amount allowed in the FTA quotas.

This may be why EU supporters are trying to block the trade deal using a generalist emission reduction agreement rather than specific product emissions, as it would be the UK’s domestic agricultural products, not to mention its manufactured exports to Australia, that would have the larger carbon footprint.

But the amount of press coverage the fake new story received should worry us all. Once published the story was picked up by other ‘news’ organisations and repeated without any of them reading the published FTA Agreement in Principle – easily found on the internet. Equally at fault were the ambitious politicians and activists trying to score points against the Government (and given large amounts of airtime by the BBC) but not bothering to research the world’s largest CO2 emitters nor how that list overlaps with the UK’s present trading partners. At least the EU re-joiners, have their motivation spelt out on their hashtags, unlike the others who jumped on this bandwagon. But most worrying was the small amount of press given to Liz Truss’ denial. The first page of a google search only produced one article, all the rest were articles pushing the fake story.